Raymond remembered as the sound of a generation

Raymond remembered as the sound of a generation 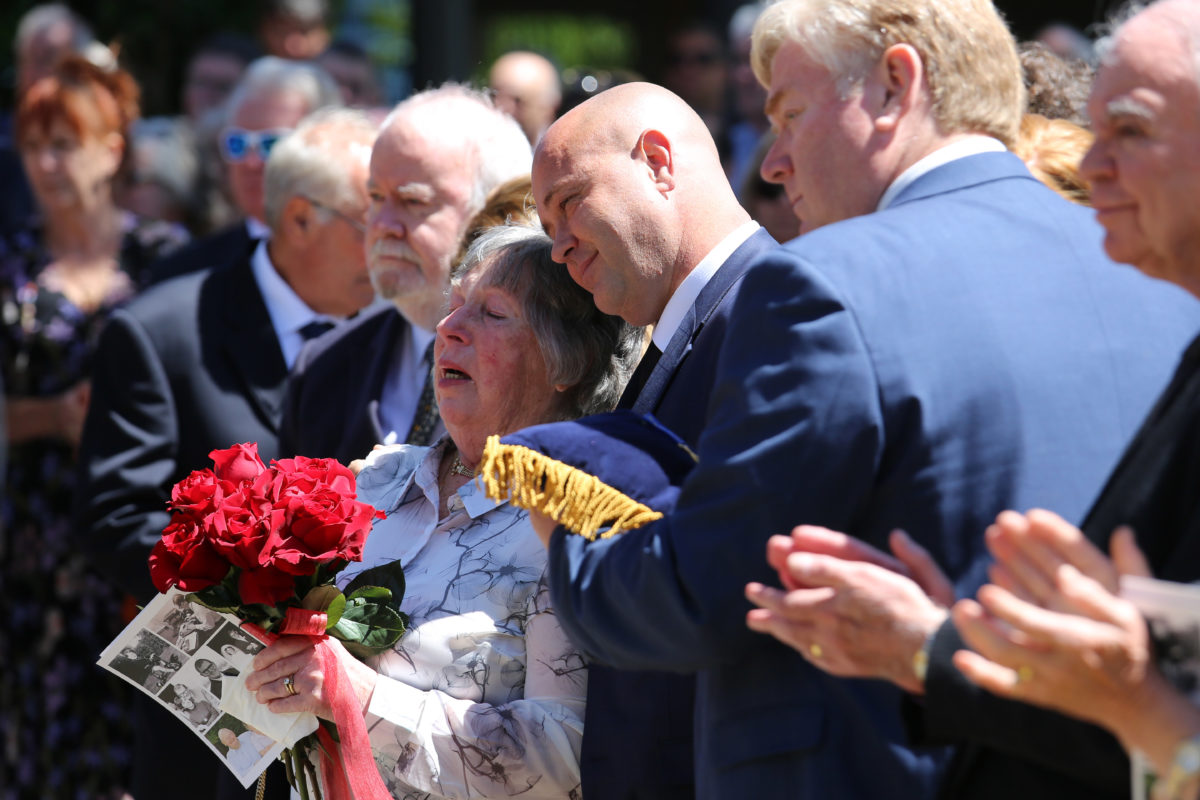 Australian motorsport icon Mike Raymond was applauded as the ‘sound of a generation’ at a packed funeral service at Waterview in Bicentennial Park in Sydney today.

Raymond, 76, passed away from complications with pneumonia last week after a career that spanned more than five decades in media and promotions, highlighted by being head of sport at Channel 7.

The service was conducted by Motor Racing Ministries’ Garry Coleman who offered condolences from the wider speedway community, the Australian Racing Drivers Club, CAMS, and the Bathurst City Council, which flew its flags at half-mast today as a mark of respect.

Raymond’s coffin was draped in the Australian flag and his Order of Australia Medal (OAM), which he was awarded for his services to media and motorsport in 1996, placed at the head of the casket.

Former driver and now commentator, Neil Crompton, spoke fondly of Raymond as his mentor and friend; a father-like figure.

An emotional Crompton relayed some funny anecdotes from their 35-year relationship.

“He was the sound of a generation,” said Crompton.

“He loved motorsport and fought for it.

“Mike was a warrior for our cause.”

Raymond’s brother Steve talked about how the pair were hooked on speedway and motorsport from the first day they walked into a race meeting together.

“There was nothing my brother liked more than a full house and he has it in spades here today,” said Steve.

Raymond’s son, Andy, spoke about the wonderful family culture that had been developed by Mike and his wife Carol.

“My parents have been together for 51 years and they have only ever had one argument, which was more a disagreement,” said Andy.

“They held hands together everyday, wherever they were, and they have been my heroes and my examples.

“You all should remember my father fondly and smile.”