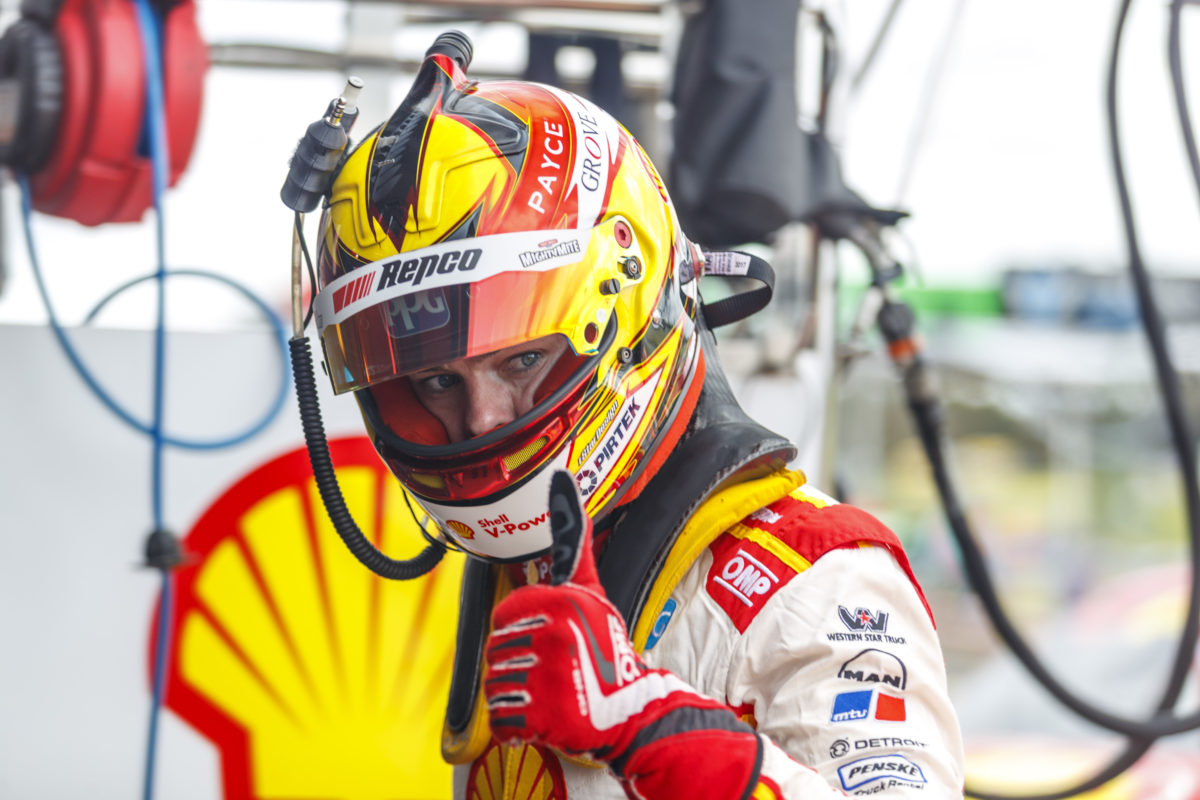 Penrite Racing boss Barry Ryan has moved to congratulate Scott McLaughlin on his ‘exceptional’ achievements this year amid recent controversies.

Ryan has been among the most vocal regarding the penalties issued to McLaughlin’s Shell V-Power Racing Team for its indiscretions during the Great Race, having called for the team to be excluded.

However, while standing by that call, he and Penrite Racing wish to acknowledge McLaughlin for being the best driver on the grid this season.

The Kiwi has scored a record-breaking 18 wins so far this season, including the Supercheap Auto Bathurst 1000 triumph that has grabbed the headlines in recent weeks.

McLaughlin secured his second title at the Sandown 500 although celebrations were muted after his team was hit with a $30,000 fine, he was excluded from qualifying at Bathurst, and his entry was relegated to the rear of the grid at Sandown for an engine regulation breach.

DJR Team Penske had also incurred a record fine, the maximum teams’ championship points penalty, and seen its other car relegated to last finisher for a breach of the FIA International Sporting Code at Bathurst.

Ryan feels sorry for the driver who has seen his achievements overshadowed by circumstances outside of his control.

“He’s been the best driver all year, no question.

“He doesn’t need to be tarnished by what’s happened with his team; it’s nothing to do with him.

“Scott’s driven the car exceptionally well, when you look at his team-mate, and he’s often two tenths ahead of every other driver in the field, so it is a shame for him.

“It doesn’t matter that the driver did an exceptional job; if his team did something illegal, unfortunately for the driver, he’s (should be) excluded.

“But it doesn’t negate the exceptional job Scott’s done as a driver because you can’t question that; he’s been exceptional.

“I feel sorry for him, because you can see, his lip’s down and he feels like the world’s on his shoulders and he’s just won Bathurst and won a championship, but deep down, he probably doesn’t feel that good about it.”

McLaughlin admitted celebrations were subdued but remains proud and is adamant the penalties and the ongoing parity debate have not detracted from his success this year.

“For me it’s awesome. It’ll all sink in, how big it is. Right now I’m just keeping a lid on it, but I’m really proud,” he said post-race at Sandown.

“(In) 2017 we were very close as well, so the last three years we’ve had a really good shot at it. It’s been a really good couple of years.”

McLaughlin will round off the season at the Coates Hire Newcastle 500 from November 22-24.