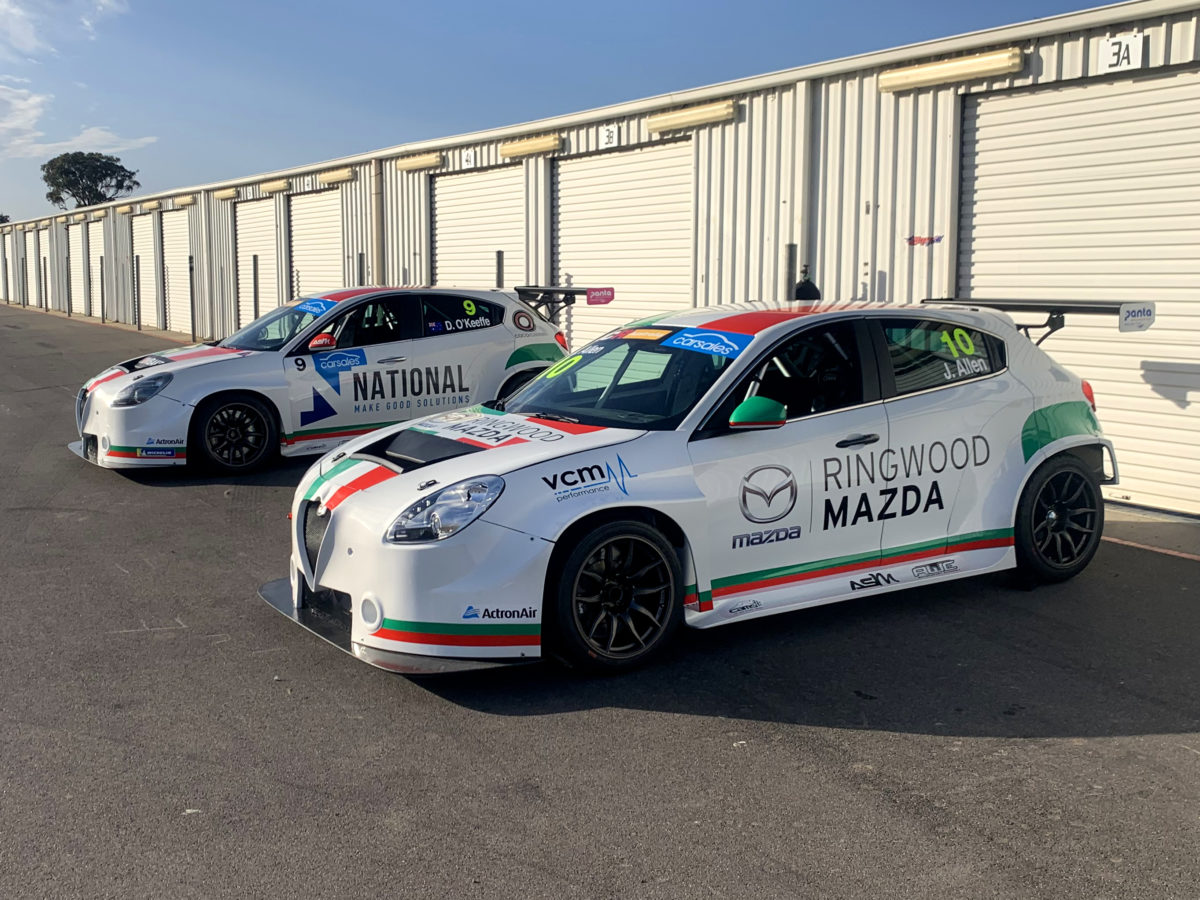 Ash Seward Motorsport has confirmed it will field a second Alfa Romeo Giulietta Veloce at The Bend this weekend ahead of a larger expansion in 2020.

The team will run Australian sportscar racer James Allen in a brand new car alongside its regular driver Dylan O’Keeffe.

It will be Allen’s first appearance in the TCR Australia Series, the Perth-native having spent much of his career in Europe.

“This is the first front wheel driver car that I’ve raced, and probably the heaviest race car I’ve ever driven too, so it will be a whole new game,” said Allen, who has been competing in prototype machinery in both the World Endurance Championship and European Le Mans Series.

“I’m definitely looking forward to it. It’s always nice to try something different, but I had a test at Winton and that helped me get up to speed.”

Team owner Ash Seward added: “The new Alfa Romeo only arrived this week, so we’ve done some preparations, did the test yesterday and now we are ready for The Bend.

“The new car is basically the same Dylan’s car. It is newer, so it is just slightly more refined in some areas.”

Last month the team confirmed plans to expand to three cars for 2020, with Seward admitting that conversations have taken place with Allen about filling one of those seats.

“We’ve spoken to a number of drivers about next year, including James,” Seward said.

“Our focus is just to get through The Bend, do our best to secure second place in the series for Dylan and then we’ll turn our attention to 2020.”

Allen has admitted that he is interested in the opportunity, but only if it doesn’t clash with his European racing commitments.

“At the moment, it’s just a one-off race for me,” he explained.

“If I enjoy it, I’ll look into doing it next year if it doesn’t clash with any of my racing in Europe, and it will be nice to race back at home for once.”

O’Keeffe currently sits second in the series standings behind champion-elect Will Brown.

The season finale kicks off with two practice sessions on Friday as part of the Shannons Nationals.