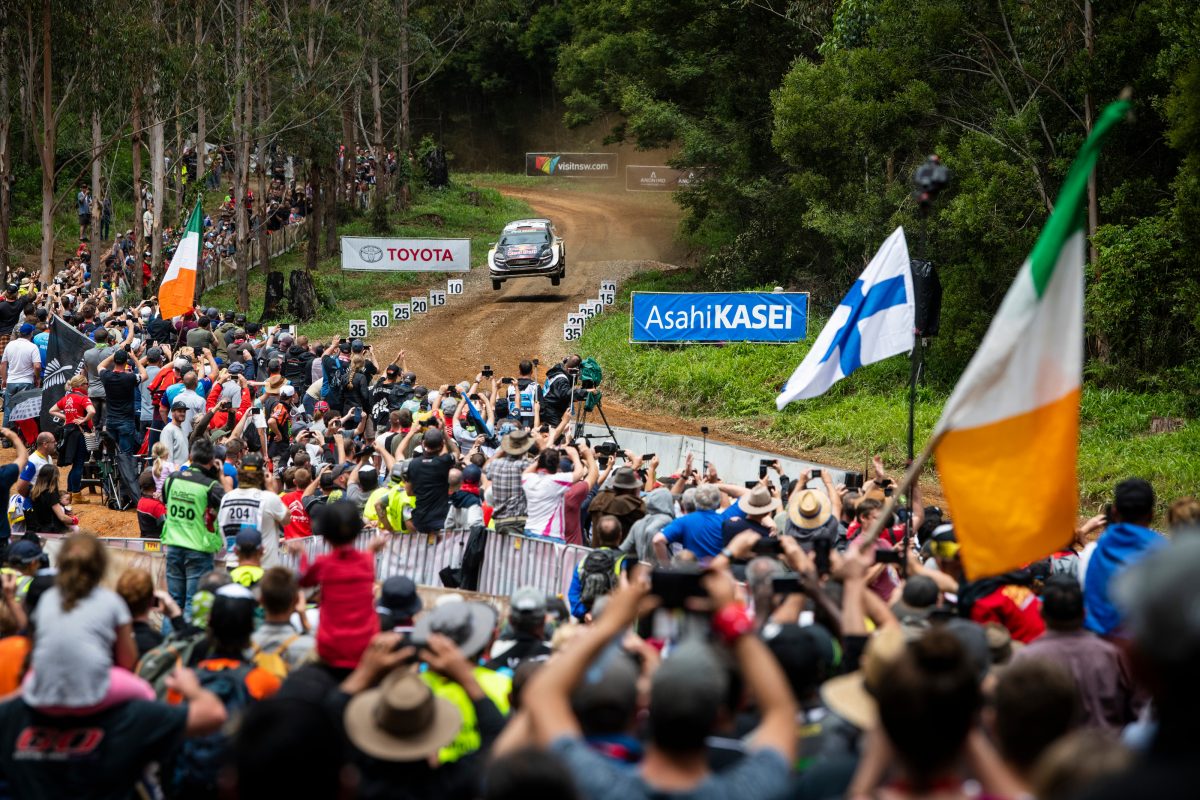 Rally Australia will not take place this year

Rally Australia has been cancelled due to the impending threat from bushfires in Northern New South Wales.

Bushfires that have ravaged the region had put the event at risk with organisers releasing a significantly revised shortened 90km route late last night.

However, the risk is such that organisers have elected to call off the final round of the World Rally Championship.

UPDATE: Rally Australia has now officially confirmed the cancellation of the event as NSW declares a State of Emergency across the state.

“Kennards Hire Rally Australia, including the final round of the 2019 FIA World Rally Championship, will not go ahead this week as a result of serious bushfires that continue to affect much of northern NSW,” read a statement from organisers.

The State is experiencing its worst ever bushfire conditions, which have resulted in the declaration of a State of Emergency, a statewide total fire ban and conditions in some regions classified as “catastrophic”.”

Event Chairman and CAMS president Andrew Papadopoulos said the cancellation was the only course available, considering the safety of the more than 1000 people involved as officials, competitors and in support roles.

“Considering the best interests and safety of everyone involved in the rally, and of course the wider community, it is not appropriate to conduct the rally,” he said.

“Our thoughts are with the NSW community, especially the people who have lost loved ones, livelihoods and homes as a result of the fires in northern NSW, and we thank the Rally community for your support and understanding.”

As a result of the cancellation, Hyundai has been crowned the manufacturers’ champions.

The future of Rally Australia is unclear with the event not set to return to the calendar next year.