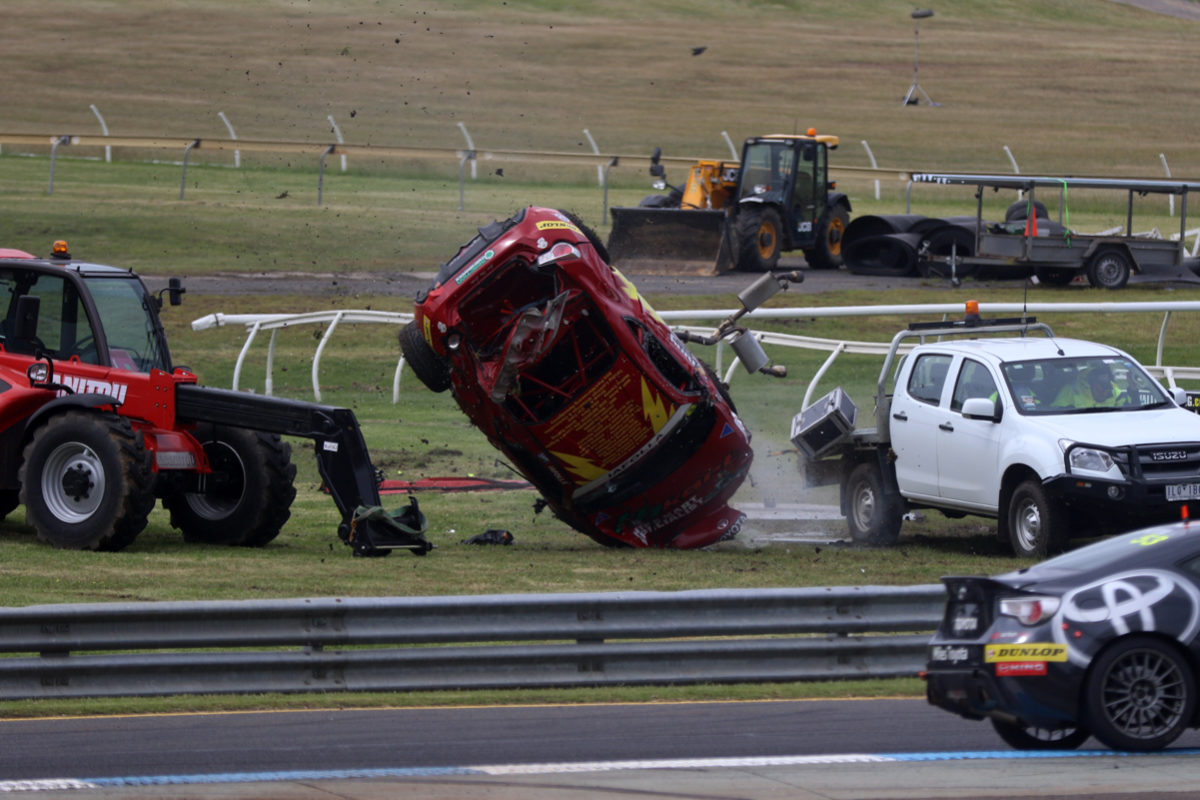 Toyota 86 racer John Iafolla has thanked the volunteers and Sieders Racing Team after being released from hospital following his frightening Sandown crash.

Iafolla left the road on the approach to Dandenong Road, his car clearing the armo fence on the inside of the circuit before barrel rolling through the infield and coming to a rest after contacting a support vehicle.

Released from hospital with just bruising, Iafolla has taken to social media to express his thanks to the volunteer rescue workers, and in an effort to track down the marshals involved.

“To say I was lucky is an understatement,” Iafolla wrote.

“It’s events and moments like these that make everyone hold their breath for the wrong reasons.

“Firstly I’m super thankful for this incident to not have injured myself or anyone else.

“If anyone knows who those brave volunteers (in the ute) are or if they’re reading this, I’d be so glad to have a chat and ensure everything is okay.

“I’d like to thank all the marshals and medics that helped me all the way to Dandenong hospital.

“These are the unsung heroes of the sport that do their job without the need for any recognition.”

The ferocity of the crash saw the Toyota 86 event red flagged, with the Touring Car Masters race which was set to follow was ultimately scrapped as officials worked to repair the damaged barrier.

Flooded with messages of support, Iafolla went on to thank Sieders Racing Team for its support, and Neal Bates Motorsport which developed the Toyota 86 race car.

“I can’t thank the Sieders Racing team enough,” he wrote.

“They have become a second family to me and have helped and contributed to my racing all year, and even more when this incident came about.

“Luke Sieders and the whole SRT family made a huge difference to the outcome.

“Thirdly, I’d like to acknowledge Neal Bates Motorsport as this displays the extent of safety that they went to when developing these race cars.

“To be able to walk out of a horrific crash like I did is a testament to the safety of these vehicles.”

The Toyota 86 Series continues with its season finale on the streets of Newcastle on November 22-24.