DJRTP to auction off McLaughlin car panels for charity

DJRTP to auction off McLaughlin car panels for charity 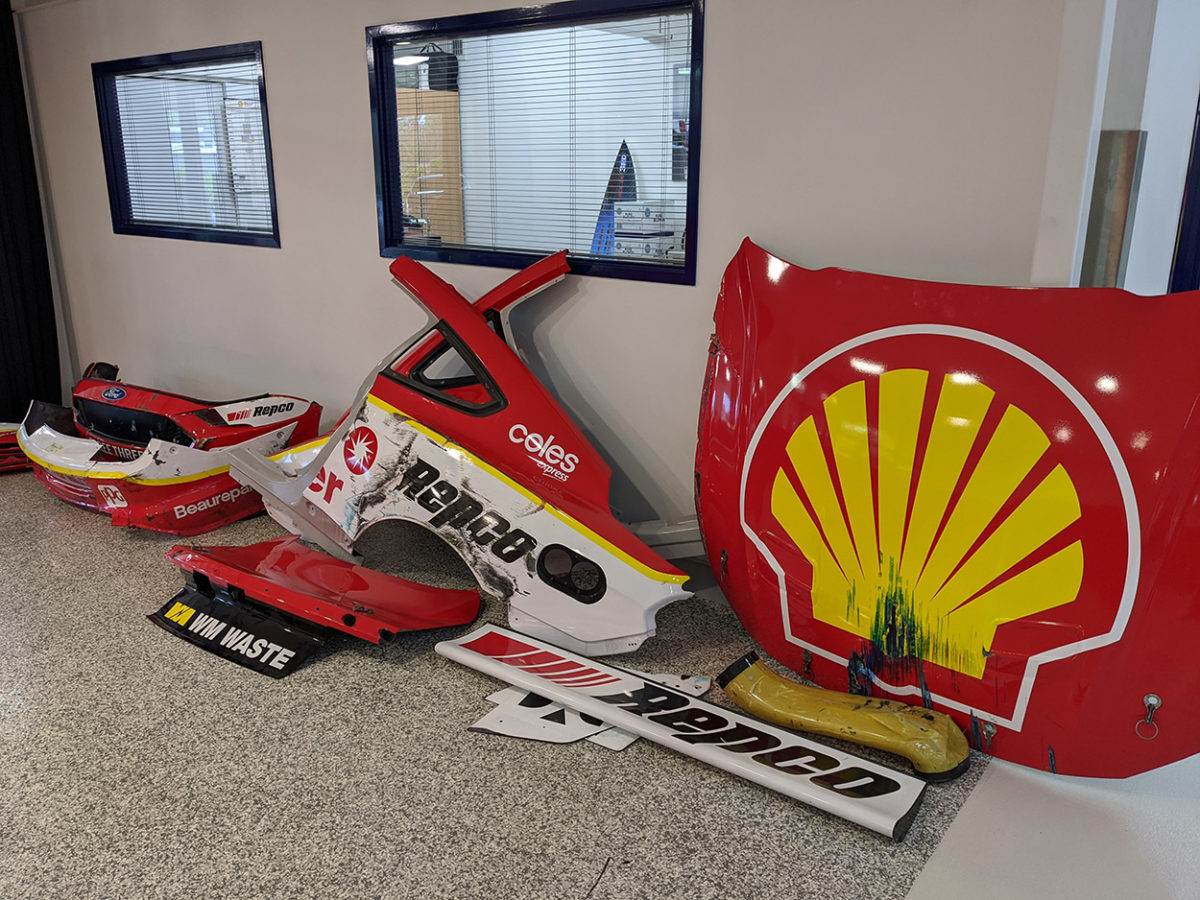 The panels Shell V-Power Racing is auctioning for charity

The team has confirmed damaged panels from the huge 42.7G crash McLaughlin sustained at the Gold Coast 600 will be put up for sale through an online auction.

Meanwhile, the rear bar assembly from McLaughlin’s new car that secured his second championship crown at last weekend’s Sandown 500 will feature in the auction.

Bushfires have ravaged New South Wales and parts of Queensland forcing many to evacuate their homes.

“That crash was the biggest of my career and turned my Mustang into a crumpled wreck,” said McLaughlin.

“I’m very glad to see this auction occur, and hope that everyone digs deep, so we can help out some vulnerable people doing it tough.”

Shell V-Power Racing Team Managing Director Ryan Story said it was a great opportunity to continue the charity work the team has done this year.

The team raised $30,000 through the sales of its infamous ‘Mustang wins title’ poster earlier this year.

“We have been able to hold some great fundraisers this year for Camp Quality, and with this one we also wanted to raise some money to support all those being affected by the disastrous bush fires in NSW and Queensland right now,” said Story.

The auction is live now at https://www.authenticcollectables.com.au/collections/auction-items and will run until November 22.