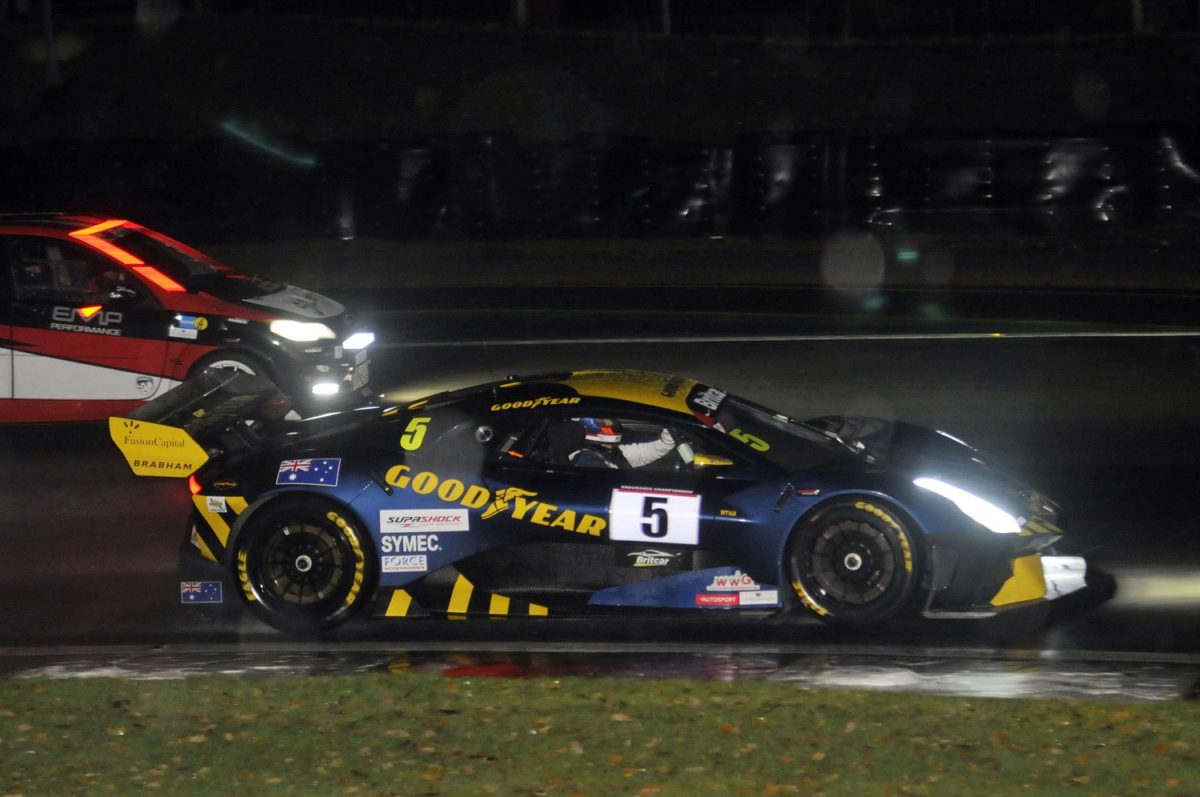 The Brabham BT62 has qualified on pole and won on debut in the hands of David Brabham and Will Powell at the Britcar Endurance Championship season finale at Brands Hatch.

Brabham topped qualifying by almost two seconds after a change to slick tyres in changeable conditions, although the opening race of the weekend was more tightly contested.

Powell had a battle with Ollie Hancock early in the wet one-hour affair but held the lead until Lap 18, before weather and the pit cycle scrambled the field.

Brabham emerged fifth for the start of his stint before taking the BT62 Competition Spec, which was restricted to 60 percent throttle as per Balance of Performance, back to the front.

“To come here and get our first race win is phenomenal,” said Brabham.

“My Dad won here in 1966, in a Brabham, so for me to come here and win in a Brabham is a very emotional moment for me.

“In terms of the journey that Brabham Automotive has been on to this point, it’s quite incredible.”

The Brabham retired from Race 2 with a suspected alternator failure. 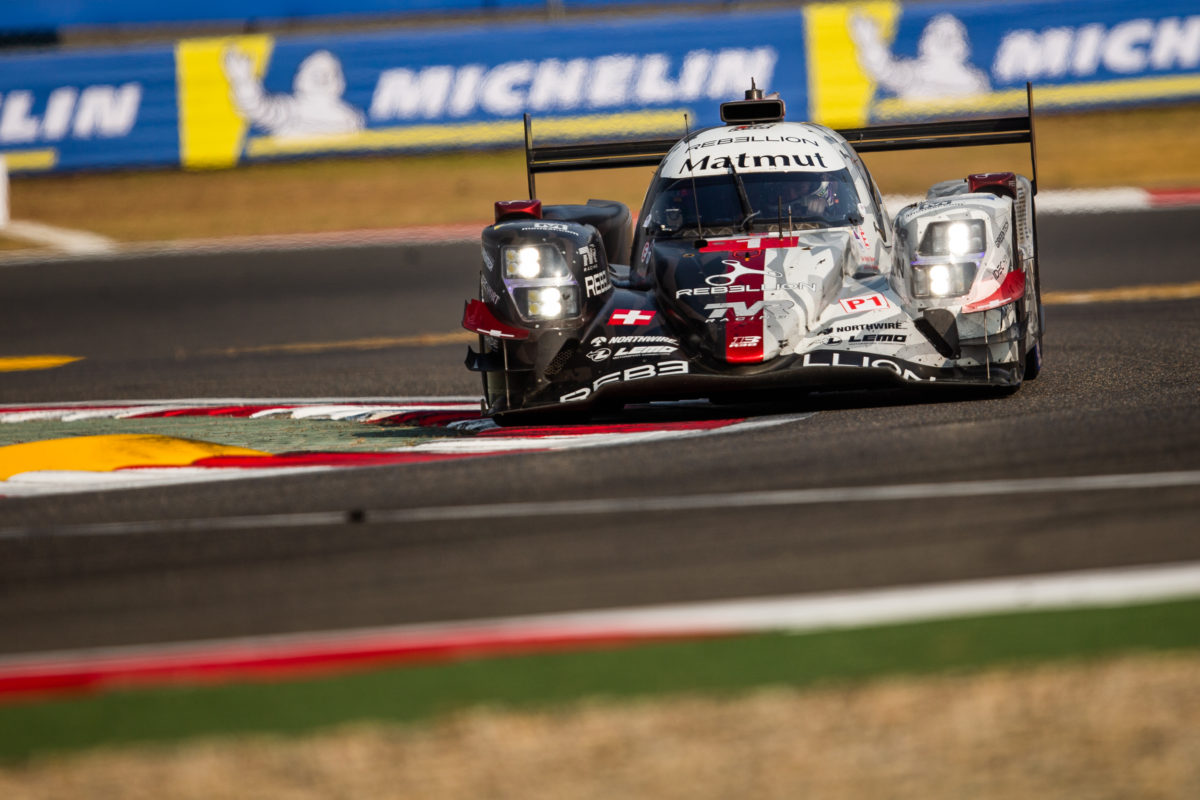 Rebellion Racing has beaten the two Toyotas in the 4 Hours of Shanghai.

The Rebellion car qualified on pole but Norman Nato quickly dropped behind the other four LMP1 entries and even some of the LMP2s.

It was still fifth when Gustavo Menezes took over from Nato, before the two Ginetta LMP1s and the #7 Toyota incurred drive-throughs for passing the Rebellion before the start.

Menezes passed the #8 Toyota in the second hour and Bruno Senna ultimately took the chequered flag a minute clear of the field.

Matt Campbell, Christian Ried, and Ricardo Perra were initially classified ninth in LMGTE Am before a penalty put the #77 Dempsey-Proton Porsche down to 11th, with the TF Sport Aston Martin on top in the class.

JOTA Sport won the LMP2 class while the #92 Porsche inherited the LMGTE Pro victory after the #51 AF Corse Ferrari was disqualified for being below minimum ride height.

Hartley/Buemi/Nakajima lead the championship by three points over their team-mates ahead of Round 4, the 8 Hours of Bahrain, on December 12-14. 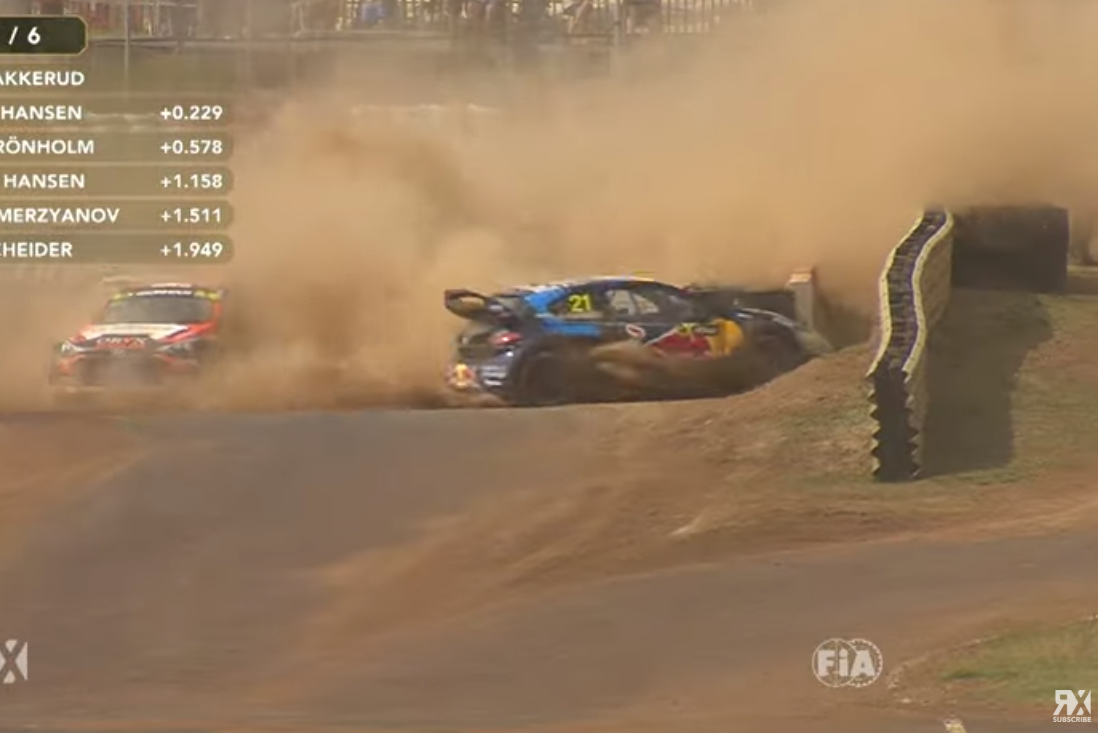 Timmy Hansen (#21) won the World Rallycross Championship despite this spin in the final pic: World RX

The Swede shared the front row for that final with Andreas Bakkerud, who he led by just two championship points.

Bakkerud led the field away at the start, which provisionally put him into the points lead.

However, Hansen showed the nose of his Peugeot at Turn 6 and touched Bakkerud’s Audi.

Bakkerud slid into the tyre wall but when he rebounded, he made further contact with Hansen which actually caused the pre-race championship leader to spin and drop to fifth.

Those two went on to finish in the same positions, but a spin for Timo Scheider (Seat) gave Hansen fourth spot and therefore the title on a countback.