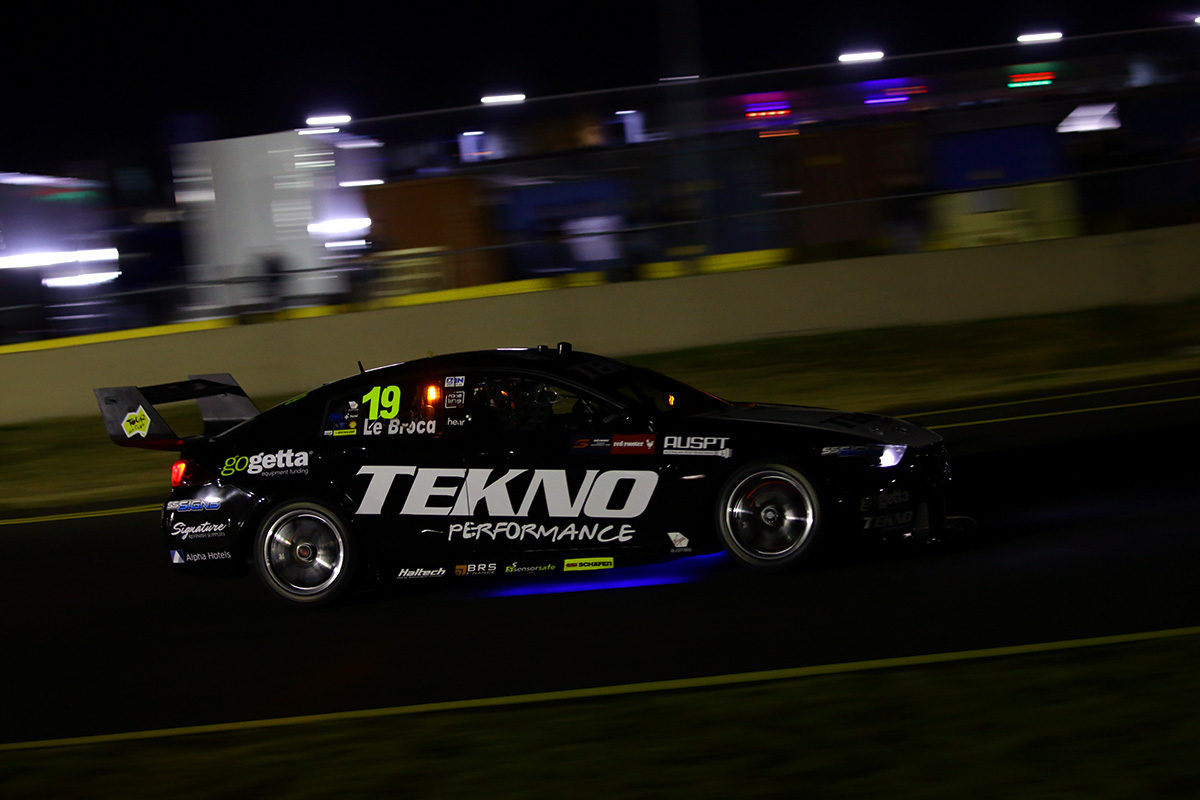 Tekno Autosports is set to move to Sydney to form a two-car team pic: Ross Gibb

Supercars remains confident a plan for a two-car team based out of Sydney for 2020 will eventuate amid suggestions one of the squad’s partners has withdrawn from the project.

The series is set to hold a meeting on Wednesday to review the plan for the new Sydney based team which aims to confirm the purchase of a second Racing Entitlements Contract.

Prior to the Supercheap Auto Bathurst 1000 it was announced a new two-car Sydney based team featuring Tekno Autosports and its REC would compete next year with James Courtney confirmed as one of the drivers.

It is anticipated the squad would eventually move into state-of-the-art facility at Sydney Motorsport Park courtesy of a $33 million financial incentive from the NSW Government, which aims to build a motorsport Centre of Excellence building at the venue.

At the time it was believed Sydney businessman and racer Rod Salmon was part of the project and behind the purchase of a second REC with Will Brown tipped as the favourite for the drive.

However, Speedcafe.com understands Salmon has withdrawn from the project, creating some uncertainty surrounding its second entry.

Supercars CEO Sean Seamer is confident the project won’t fall over and expects a two car team to join the series next year.

“We’ll be reviewing the plan for Team Sydney (on) Wednesday, and be looking to finalise REC transfers or sale of RECs, et cetera not long after that,” said Seamer.

“We’ve got a view of what the different parties want to do. So, we’re about a week away from a decision and confirmation on that.

“No not as this stage,” he added when asked if there were any concerns it might fall over.

“Our priority is making sure that we get the chance to work through the business plans and ensure that everything is planning to be executed at the highest possible level, given the importance to Supercars as a category, as a sport, and for the NSW Government as well.

“We’ll be reviewing the plan with them (Tekno Autosports) next week. We’ve been clear from the start that it needs to be a two-car team.”

However, Seamer has reiterated that the project must be done correctly and intimated that it could be delayed by a year to ensure its birth is successful.

“It’s better that we get this right than we get it done quickly,” Seamer added.

“I mean, there’s certain elements that need to be done in the next week, in terms of the REC transfer, and driver market. What the building’s going to look like, et cetera are less important.

“The parties that are looking at the facilities there, and I know John (Jonathon Webb) has done a lot of work… There’s plenty of room out at Sydney Motorsport Park.

“I think they’re happy with some of the existing facilities to be there whilst the main team building, the Centre of Excellence, is being built so, that can take more time, but getting the RECs sorted out, and getting the drivers sorted out, and making sure that the NSW Government is happy with the plan, (and) the ARDC (Australian Racing Drivers’ Club, which own Sydney Motorsport Park) is happy with the plan, that’s the priority for the next couple of weeks.”

A two-car entry from the Sydney team will ensure the grid for next season will remain at 24 entries following Garry Rogers Motorsport’s exit.