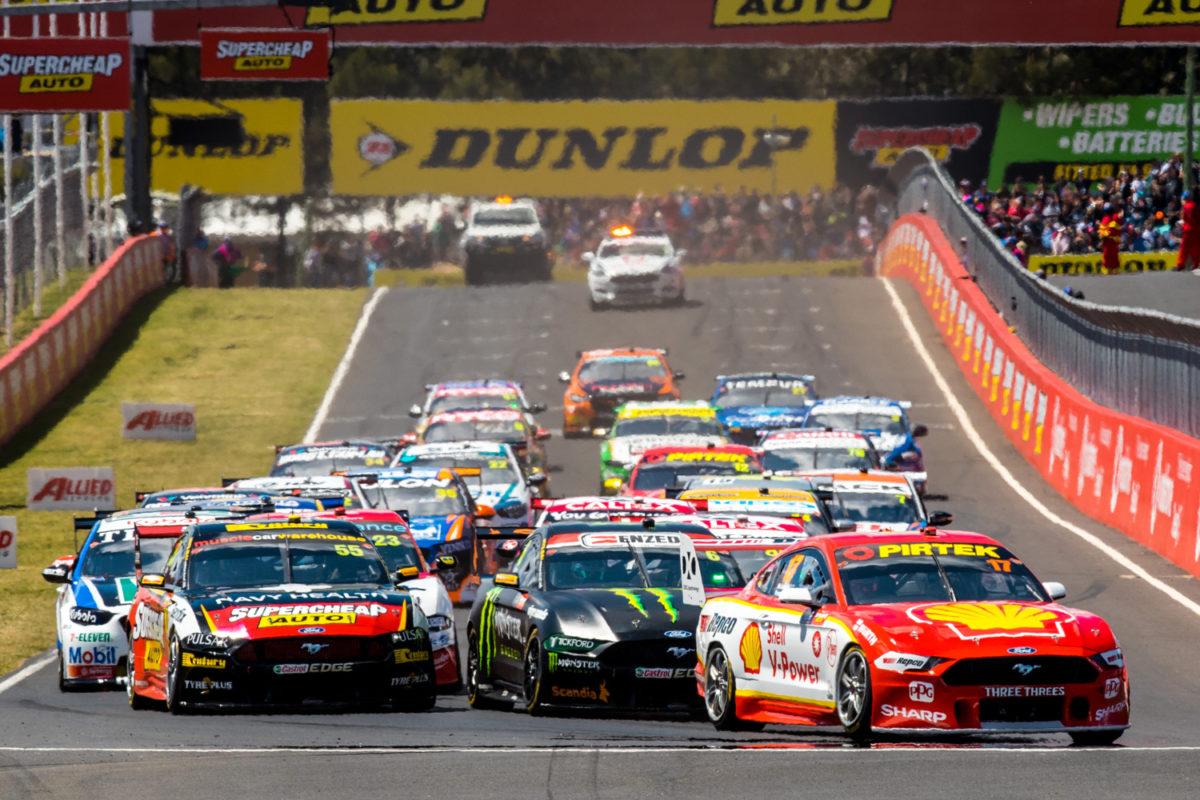 With another controversy arising from the Supercheap Auto Bathurst 1000, Speedcafe.com wants to know if you think Scott McLaughlin’s and Alexandre Premat’s win has been tarnished, in this week’s Pirtek Poll.

Stewards announced in the hours before yesterday’s Penrite Oil Sandown 500 that the #17 Shell V-Power Racing Team entry had been driven in Armor All Qualifying and the Top 10 Shootout at Mount Panorama with an engine which breached regulations regarding maximum valve lift.

That same car went on to win the Great Race with a different engine and while McLaughlin/Premat keep that victory, they were relegated to the rear of the starting grid for the Sandown enduro.

McLaughlin was also officially stripped of pole position at Bathurst, and the practice/qualifying record he set in the Shootout was invalidated.

Essentially, the issue is whether or not an error from DJR Team Penske and/or a supplier, which did not yield a performance advantage but did break the rules, should be considered a taint on the stellar performance behind the wheel from McLaughlin and also his French co-driver.

Celebrations were muted when McLaughlin provisionally won the Virgin Australia Supercars Championship at Sandown, having needed to only finish the 161-lapper in Melbourne to do so, although the New Zealander insists he is still proud of his accomplishments in 2019.

However, there can be no doubt that the drama has stirred up more negative feelings in several quarters.

This year’s Bathurst 1000 was already a highly controversial one after DJRTP was issued a record fine and the maximum teams’ championship points penalty for a breach of the FIA International Sporting Code due to Fabian Coulthard’s slowdown under Safety Car in its sister #12 entry.

Ryan Walkinshaw, of Walkinshaw Andretti United, declared the saga “unfair on the fans” while fellow team owner Brad Jones suggested that the penalty for the engine breach is not harsh enough.

Interestingly, Walkinshaw also asserted in the same television interview that the situation is “not good for DJR Team Penske”.

It is pertinent that DJRTP’s statement regarding the engine finding included an apology to McLaughlin and Premat, as well as team partners and supporters.

Based on the facts which have been released by stewards, it is logical to conclude that McLaughlin would probably have qualified on pole with a legal engine anyway.

The stewards summary states that there is no “evidence from which we could conclude that Car #17 did benefit from a performance advantage by reason of the breach.”

Indeed, there was no breach of the Maximum Accumulated Power Number nor Engine Power Weighted Average number recorded when the engine in question was subjected to post-race dynamometer testing.

Stewards also found “no evidence from which we could conclude the breach was deliberate or known,” and the engine was in fact changed on the Saturday night of Bathurst because it was defective.

However, Car #17 has been disqualified from Qualifying and the Top 10 Shootout at Mount Panorama as a result of that breach.

It is therefore an inescapable fact that the car started the Bathurst 1000 from a grid position which it was technically not entitled to start from, and went on to win that race.

What do you think? Has McLaughlin’s and Premat’s Supercheap Auto Bathurst 1000 win been tarnished? Cast your vote in this week’s Pirtek Poll.