Next generation McRae to race in Australia

Next generation McRae to race in Australia 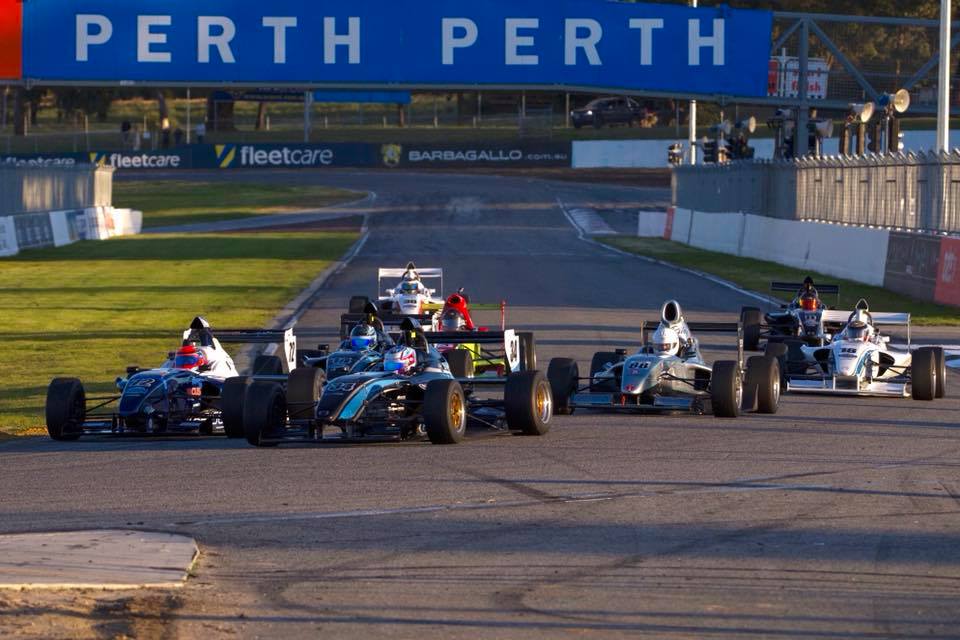 The next generation to emerge from the famous McRae rally dynasty has earned a fully funded drive in Australia next season.

Max McRae, the teenage son of former World Rally Championship driver Alister, who is the younger brother of the late 1995 world champion Colin, will compete in the WA Formula 1000 series.

McRae has earned the drive after winning the Arise Racing Driver Search competition which was judged by Brad Jones Racing driver Nick Percat.

The 14-year-old came through a series of challenges, including driving a Radical sportscar, at Barbagallo Wanneroo Raceway to lift the ultimate prize of a full-funded drive in the single seater series.

McRae is based in Perth after Brit Alister moved his family to Western Australia in 2007.

“I am really excited to have won the Arise Driver Search. I can’t really believe it at the moment and I can’t wait to get behind the wheel of the F1000,” said McRae.

“Winning the Driver Search means a lot. To move from karts into the F1000 with Arise Racing and all the support will be amazing.

“It’s awesome that Arise Racing have put this programme together. Working and learning from the coaches really helped me get up to speed in the Radical. I have enjoyed every bit of the Driver Search and I can’t wait to keep on learning with the team next season.

“I’d like to say a massive thanks to all the people at Arise Racing that made the Driver Search possible.”

While McRae claimed the top prize, Gianni Lutzu won a 75 percent subsidised F1000 drive for 2020 after finishing second in the Driver Search, while third-placed Ryan Bender will have his drive subsidised by 50 percent.

Elliott Schutte and Andrew Malkin, who finished fourth and fifth, will make their Radical race debuts at Barbagallo this weekend as the final prize winners.

Meanwhile, talent search judge Percat will be back behind the wheel of a F1000 single seater next week at Barbagallo.

The Bathurst winner made what was meant to be a one-off return to single-seater racing earlier this year, banking a pole and three race wins at the Perth circuit in an Arise Racing F1000.

He also set a new lap record for the category with a blisteringly-quick 53.079s

Percat is now set to return to the category on November 16 for a crack at his own lap record, his sights firmly set on dipping under the 53s mark.

“I’ve seen a 52s-lap on the dash before, but the Natsoft timing loop is slightly different,” said Percat.

“I’m in the boss’s car this weekend and the pedal box is a bit more accommodating for a tall person like myself. I sat in it the other day when I was in Perth for the Driver Search, and I thought ‘yeah, there’s a bit of time to be found here’.

“We’ll put some new tyres on and have a red hot go. It’s such a fun car to drive and the Arise crew do such a good job.

“For me it’s all about having fun and enjoying my racing with no pressure. I just get to have a skid and race against some of the other coaches and competitors.”