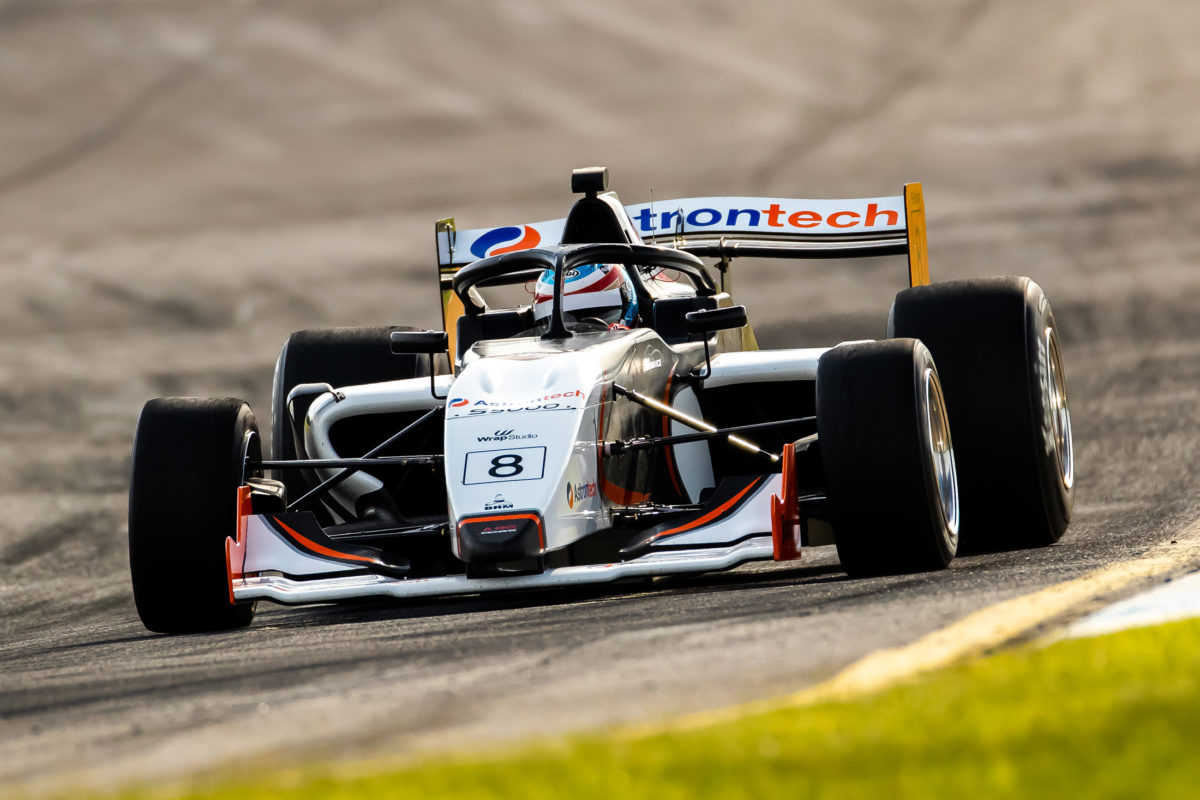 Winslow will get behind the wheel of the Team BRM entry in which Alex Davison was tipped into a heavy crash in the inaugural S5000 round at Sandown in September.

The British-Australian has been racing sportscars in recent years, including starts in the 24 Hours of Le Mans, and currently leads the China GT Championship.

“I really can’t wait to get into the S5000 and see what everyone is talking about,” said Winslow.

“I was racing ELMS at Spa on the weekend of Sandown, and people were coming up to me asking about it. I was surprised that word had spread over to Europe before a race had even been run.

“The cars look amazing. Everyone knows that I love single seater racing, and it’s great that there is a good, strong class back in Australia. And to have a big V8 engine in the back is a massive bonus.

“I did a lot of Formula 3 racing, A1GP and other single seaters so it really appeals to me.

“I’ve battled Tim Macrow in the Australian F3 Championship before, so it will be good to do battle with him again.

“I’m also looking forward to rejoining BRM. I won the 2008 F3 title with them, so it’s nice to get back to a team I know.

“I’d definitely like to do more of this. I’d like to do the full championship next season.

“This round is a one-off, but very keen to get back into a single seater, and if the Gold Star was included next year, it would be good to come back and try and get a third title.”

Winslow’s deal makes for a strong line-up at BRM, which will also field a car for Supercars driver Anton De Pasquale, and confirm another driver shortly.

“James adds yet another quality, experienced single-seater driver to the line-up for The Bend this week, which is exactly what these first two ‘launch’ races have been all about – encouraging the right drivers to experience S5000 with a view to tackling the series in 2020,” said Category Manager Chris Lambden.

“As a double Gold Star champion and with his current sports car programme in Europe and Asia, James is well-equipped to make an impact in S5000.”

Winslow is set to get behind the wheel on Thursday when a number of drivers will get a special test day, before practice on Friday.

Saturday’s qualifying heat and Sunday’s feature race will be shown live on SBS and also the Shannons Nationals live stream carried by Speedcafe.com.