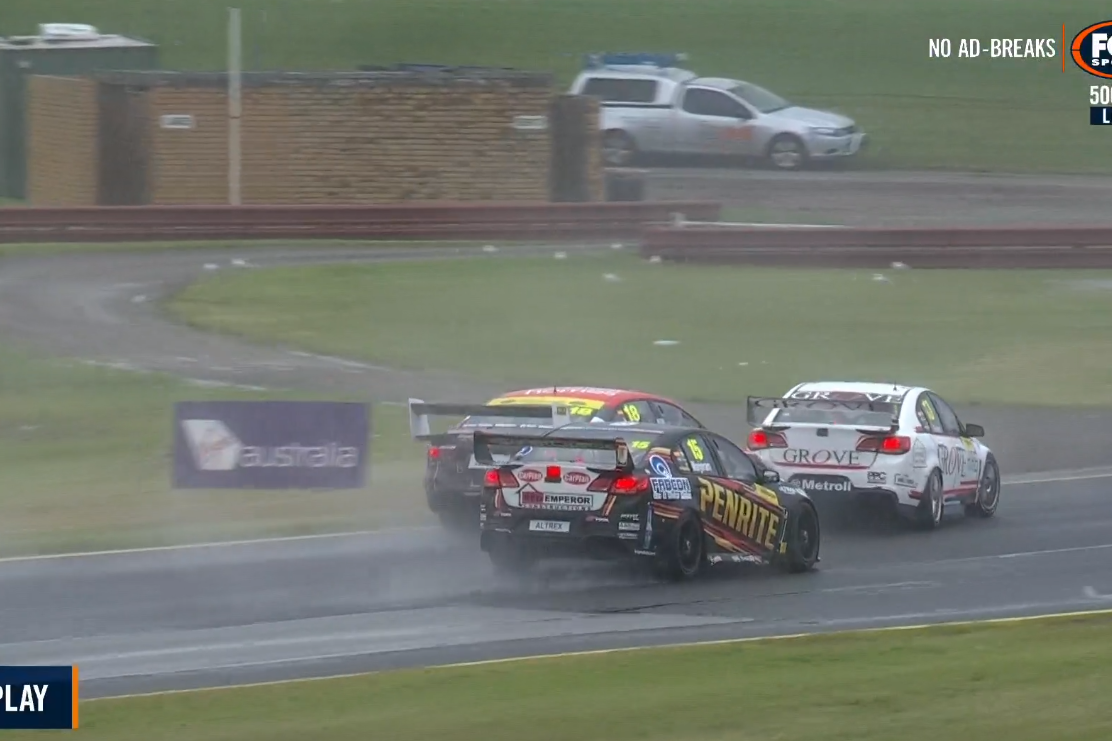 Matt Chahda has been fined $5000 for disobeying a black flag during Race 1 of the Dunlop Super2 Series round at Sandown.

The punishment, of which $3000 is suspended until the end of 2020, comes after Chahda was issued a drive-through penalty for reckless driving.

The 25-year-old had made front-to-rear contact with Brenton Grove during the wet Saturday race, causing the #10 Triple Eight Race Engineering entry to find the barriers on the outside of Turn 2.

It was reported on broadcast that Chahda’s father and team manager, Amin, was putting to officials that it was not in fact Chahda that made the contact.

The Ford driver did eventually transit pit lane on Lap 14, six laps after notification of the penalty was displayed on timing, before a post-race investigation into “disobeying black flags” was announced late in the race.

“A Hearing was held involving Matt Chahda Motorsport’s Authorised Representative and Matthew Chahda (Driver Car #18) as the Stewards had observed during Race 1, that Car #18 did not enter Pit Lane on its next approach to the Pit Entry after being informed of a PLP, and continued to pass the Pit Entry on multiple occasions before entering the Pit Lane,” read the final stewards summary.

That article states: “This flag will be used to inform the Driver concerned that they must enter Pit Lane on the next approach to the Pit Entry.

“If a Driver fails to comply for any reason, this flag should not be shown for more than four (4) consecutive laps.”