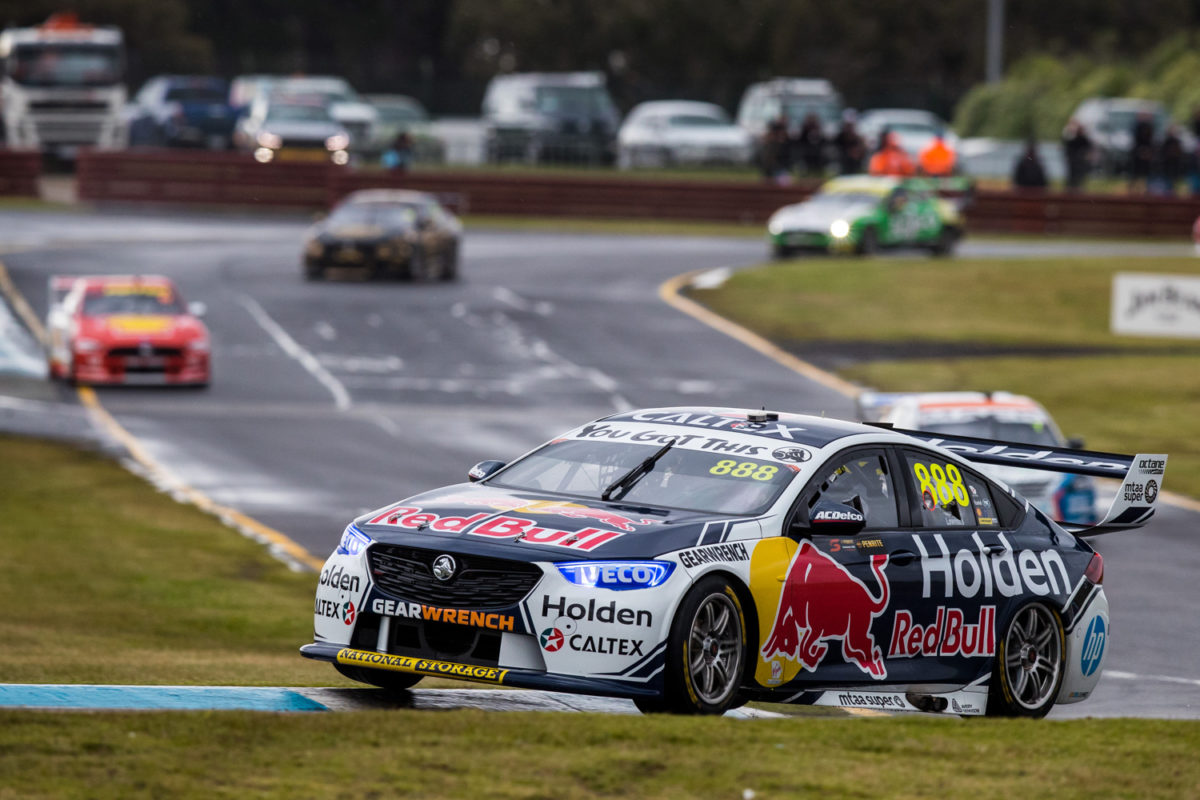 Jamie Whincup and Craig Lowndes will take a slight lead into the final race of this year’s Pirtek Enduro Cup, the Sandown 500, which they will start from pole.

However, wins for Lowndes and Whincup in the qualifying sprints at the Penrite Oil Sandown 500, combined with a DNF for van Gisbergen in his 20-lap race, have put Car #888 21 points clear at the top of the series within a series on 628 points.

Whincup/Lowndes could guarantee that a Triple Eight Race Engineering entry would win the Pirtek Enduro Cup by finishing 10th in today’s 161-lap race, which would put them out of race of McLaughlin/Premat.

Van Gisbergen/Tander would have to climb to eighth from second-last on the grid to ensure they are not overhauled by the #17 Shell V-Power Racing Team entry, which now starts behind them after their engine penalty from Bathurst.

If Whincup/Lowndes could pull off the Pirtek Enduro Cup win, Lowndes would become the first driver to go back-to-back.