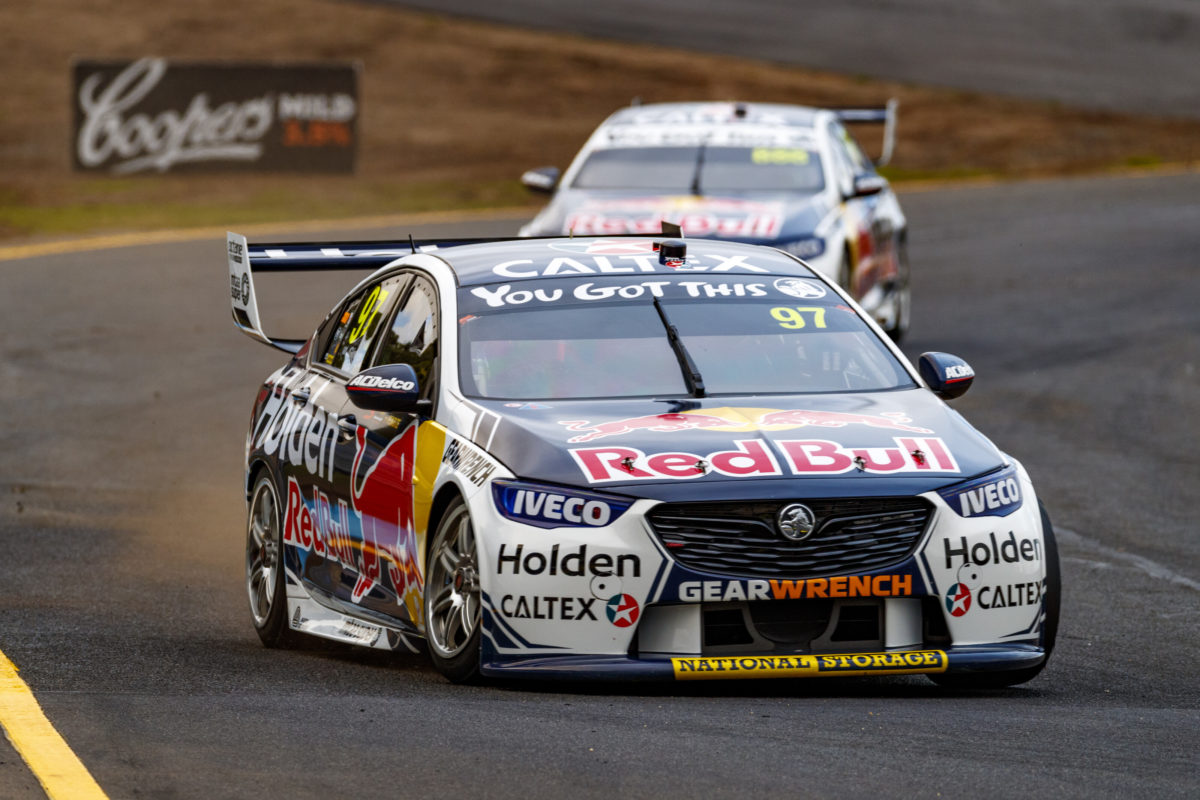 Shane van Gisbergen has described himself as ‘just gutted’ by the failure which cost him and Garth Tander a remarkable victory in the Penrite Oil Sandown 500.

The Red Bull Holden Racing Team pair had come from second-last on the grid to be vying with team-mates Jamie Whincup/Craig Lowndes for the effective race lead by the halfway mark.

Van Gisbergen was more than 12 seconds ahead with as many laps remaining when the right-rear suspension in his #97 ZB Commodore jammed due to a bolt falling out of place.

He pitted soon after the drama became apparent and while Triple Eight was able to repair the problem, it cost van Gisbergen two laps and he ultimately finished 17th.

“Garth was awesome in the first stint, then I got in, (the) car was mega, and our pace was really good.

“(I’ve) never won this race before so it would have been great to get it but a part failure with 10 (laps) to go, it’s just a shame.”

Tander made seven positions on the opening lap alone and reached the top 10 on Lap 16 with only one pit stop having taken place in front of him by that point.

A short fill put him sixth under the only Safety Car period of the race, which ended on Lap 35, and Tander drove himself to second spot in the next 10 laps.

Car #97 was offset on strategy from the sister #888 entry which led the race, giving van Gisbergen work to do when he took over at the end of Lap 72.

Such was his pace, the 2016 champion emerged from his final pit stop with a lead of more than seven seconds over Whincup with 24 laps remaining, and a tyre advantage, but it was not to be.

“I was out of control, those first two stints, knowing we had to make it up, time on track,” recalled van Gisbergen.

“The car took everything I gave to it but obviously not enough at the end, but I couldn’t drive it any harder.

“I hope we’ve put on a show for everyone. It was cool to come from the back but a shame we couldn’t quite get it.”

Van Gisbergen remains second in the Virgin Australia Supercars Championship standings, while Scott McLaughlin wrapped up that title by finishing ninth in the 161-lap race.