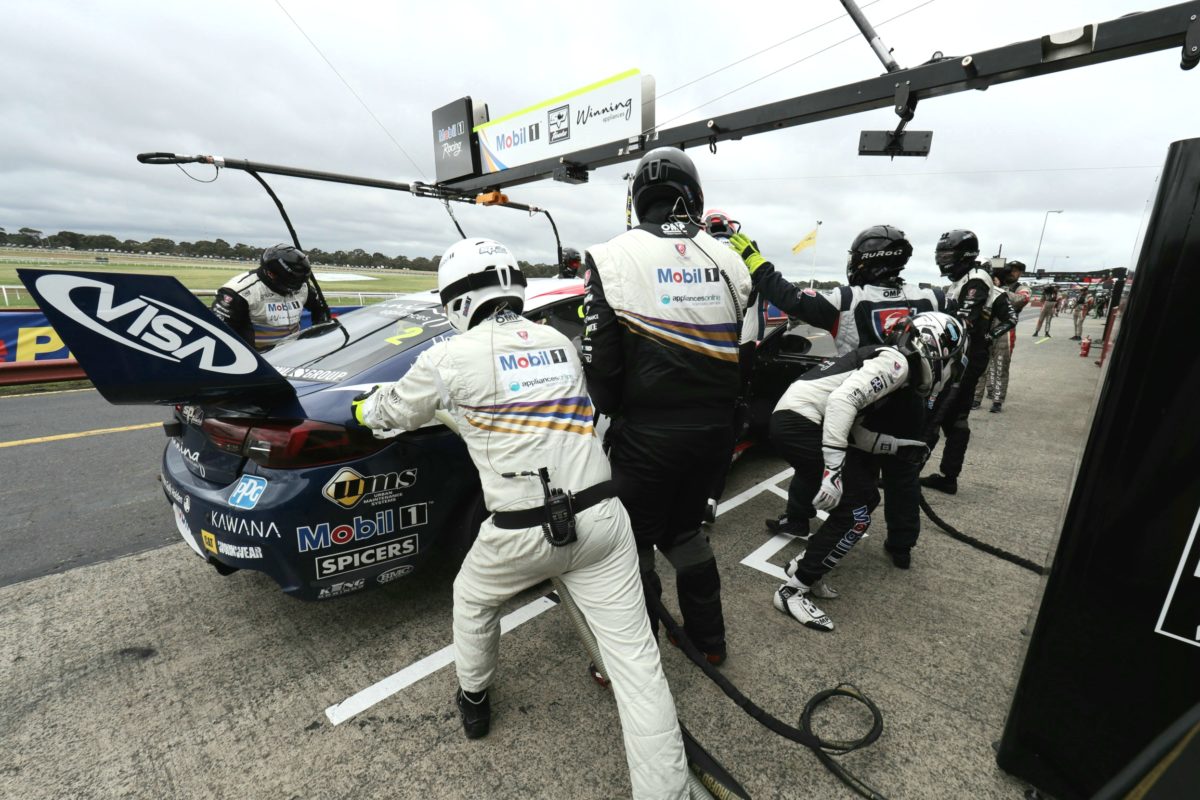 Walkinshaw Andretti United’s Scott Pye has set the pace in the Warm Up session for the Penrite Oil Sandown 500.

That effort was just enough to knock Scott McLaughlin off the top spot by 0.0302s after the championship leader had clocked a 1:08.2210s in the #17 Shell V-Power Mustang less than a minute prior.

“This one’s a little bit more relaxed than the Bathurst (Warm Up),” said Pye, who put the car which he will share with Warren Luff in 23rd on the starting grid for the Sandown 500 itself.

“It’s so easy at Bathurst to stick it in the fence so around here you can have a bit of a crack and we had some fun.

“Yesterday, wrong tyre choice and balance was way off so we’ve got a lot of work to do today. That was important for us, that session, to see what car speed we’ve got.

“We really had to work on making sure we’ve got a good car under brakes as well because we’ve got plenty of overtaking we need to do today.”

On what changes were made to Car #2, Pye said, “Not massive.

“We haven’t actually had that much dry running. I think I’d only done four or five laps in the dry anyway.

“We made a couple of changes yesterday which we didn’t get a good feel on and then we ran them this morning and they seem to have really calmed the car down.

“Over a distance, I think it’ll be good but it was more about calming it down because I was struggling a lot on the way into Dandy Road so just getting the rear more stable so I can apply more brake pressure and then get off at the apex with that turn.”

Nick Percat jumped from 23rd to fifth with the chequered flag out in Brad Jones Racing’s #8 Fujitsu ZB Commodore, while Chaz Mostert (#55 Supercheap Auto Mustang) was the last on the timesheet within a quarter of a second of the fastest lap of the session.

As well as the usual pit stop practice, which included both brake pad and driver changes, teams were reportedly experimenting with tyre pressures given the changeable weather conditions so far this weekend.

The Warm Up ran dry throughout, although again under grey skies.

Such weather has seen tyres take longer than usual to come up to temperature in both the Virgin Australia Supercars Championship and Dunlop Super2 Series sessions, the latter of which is also on the super soft compound at Sandown.

Armor All Pole-sitters Jamie Whincup and Craig Lowndes ended up 16th courtesy of the former’s efforts in the sister #888 ZB Commodore.

Race start for the final enduro of the season is 1325 local time/AEDT.