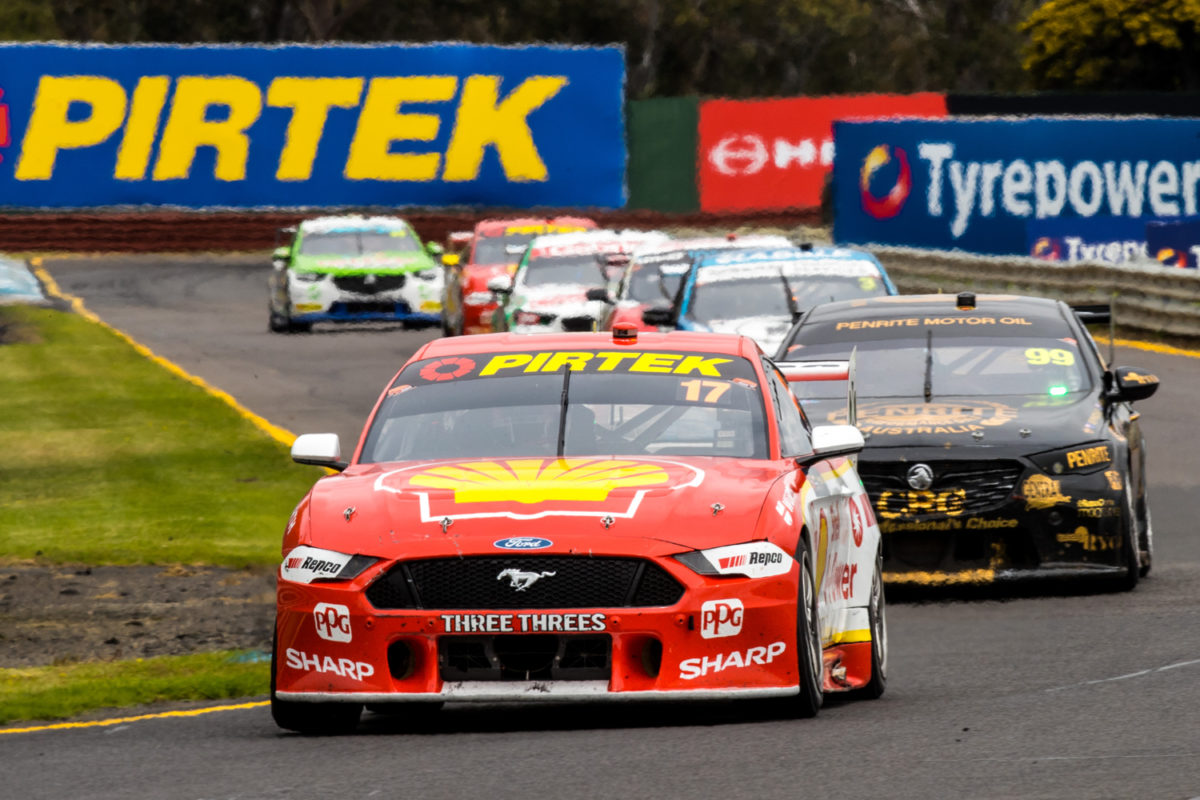 Scott McLaughlin is proud to lift a second Supercars title, stating the achievement won’t be tarnished by recent penalties issued to his Shell V-Power Racing Team.

McLaughlin only needed to finish today’s Penrite Oil Sandown 500 to claim back-to-back Supercars titles having dominated the season with 18 race wins to date.

The Ford driver, paired with Alexandre Premat, sealed the title with a ninth after coming from the rear of the grid as part of a penalty issued to DJR Team Penske for breaching engine regulations on McLaughlin’s car at the Supercheap Auto Bathurst 1000, a race he won.

McLaughlin’s success this season has arrived despite facing a multitude of issues both on and on track.

Since winning Bathurst, his team has copped two significant fines (including a record $250,000 sanction) and penalties for indiscretions at The Great Race, with this coming on top of a season-long parity debate sparked by McLaughlin’s success in the new Mustang.

Despite the setbacks out of his control, the Kiwi, who was somewhat subdued post-race at Sandown, is proud of his year.

“But off-track it’s been political. Unfortunately for the sport, it’s been like that all year.

“We’re just going to have to push on and fight them off, because I think we’ve fought off a lot this year. And I think we’ve done a good job to stay together as a team.

“I don’t care what anyone else thinks. I’m proud of what we’ve done as a team.

“There’s always conjecture, and basically I think the majority of the people are upset about our year, and they have been from the start when we started winning.

McLaughlin admitted he was keeping a lid on celebrations but fully intends to soak up the success away from a ‘toxic paddock’ following the season finale at the Coates Hire Newcastle 500.

“For me it’s awesome. It’ll all sink in, how big it is. Right now I’m just keeping a lid on it, but I’m really proud,” he added.

“We’ll celebrate. But we don’t want to take anything away from Triple Eight and what they did today. We’ve got our time to celebrate in Newcastle, and bloody oath we will.

“I love that track, I love going there, we’re always fast… if we could have a couple of race wins that’d be awesome, that’s when we’ll do our celebrating.

“I’ll just go with my friends, away from this toxic paddock.”

Amid a year where there has been plenty of conjecture up and down pit lane, McLaughlin says he still loves the sport.

“I love it. I’ve turned a hobby into a profession and I really enjoy it,” said McLaughlin.

“But there are certain individuals that don’t agree with what we do as a team, and what we stand for.

“We’ve worked very hard to build a great car after the Holden came out and was a pretty sensational car last year, and we bounced back and had a big crack and, you know, it’s landed pretty badly in their mouths.

“I’m proud of our guys. We’ve fought through and there’s been a tremendous amount of changes on each car in the paddock and we’ve managed to go alright.”

McLaughlin will head to Newcastle looking to add to his win tally which is already a category record for most wins in a single season.