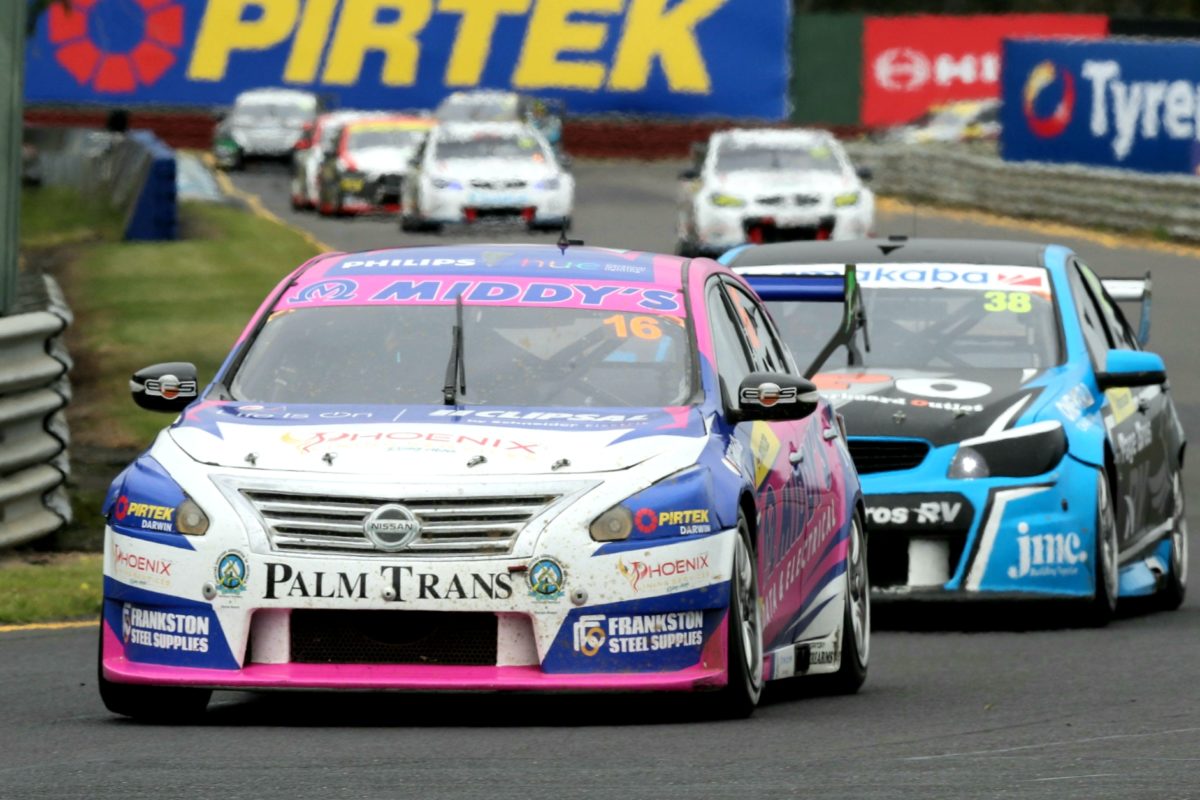 Bryce Fullwood has provisionally wrapped up the Dunlop Super2 Series with a round to spare after finishing three positions behind first-time winner Jordan Boys in Race 2 at Sandown.

Fullwood started the 22-lap affair needing to finish only seventh to take a lead of more than 300 points to Round 7 in Newcastle, and even then that was only if Kurt Kostecki could win the race.

Kostecki finished fifth, 3.5s behind the MW Motorsport driver, meaning the margin between them is now 365 points at the head of the standings.

Jack Perkins won the round on a countback for Eggleston Motorsport by finishing the race in second, with his team-mate Will Brown wresting third from Fullwood midway through.

Boys (#49 VF Commodore), who got Image Racing’s first Armor All Pole Position earlier in the day, took the lead courtesy of the inside line into the first corner after he and Perkins (#54 VF Commodore) made an even start from the front row.

Kostecki (#55 Triple Eight VF Commodore), who started the race 356 points behind Fullwood in second in the series, passed Matt Chahda (#18 Matt Chahda Motorsport FGX Falcon) for sixth on the opening lap on the run to Turn 11.

Fullwood and Brown were pressuring Perkins early on before Fullwood had to focus on the threat of Car #38 in his mirrors.

There was a wild moment on Lap 7 when Brown hit the kerb at Turn 8 and locked a brake, with both him and Fullwood running wide when they arrived at Dandenong Road.

Brown got a run on Fullwood on exit but ran out of road and cranked into a big slide on the grass, with that stoush allowing Perkins to skip 2.5s clear of them.

Brown nevertheless continued to stalk the would-be title winner and finally out-dragged Fullwood up the back straight on Lap 15.

That ultimately settled the bottom step of the podium, but there was still a question over top spot with Boys’ lead trending downwards having peaked just above one second on Lap 8.

Perkins got the deficit back to a little over four tenths but did not get close enough to shape for a move on Boys, who gave Image Racing its first race win since Owen Kelly’s at Oran Park in 2007.

Brown finished 2.1s back from his team-mate, with Fullwood almost four seconds further behind but comfortably putting the series beyond doubt as a contest.

Randle was a non-finisher due to an engine problem, as was Garry Rogers Motorsport’s Dylan O’Keeffe (#44 VF Commodore) after a clash with MW Motorsport’s Zane Goddard, the latter of whom brought a wounded #28 Altima home in 13th, two laps down.