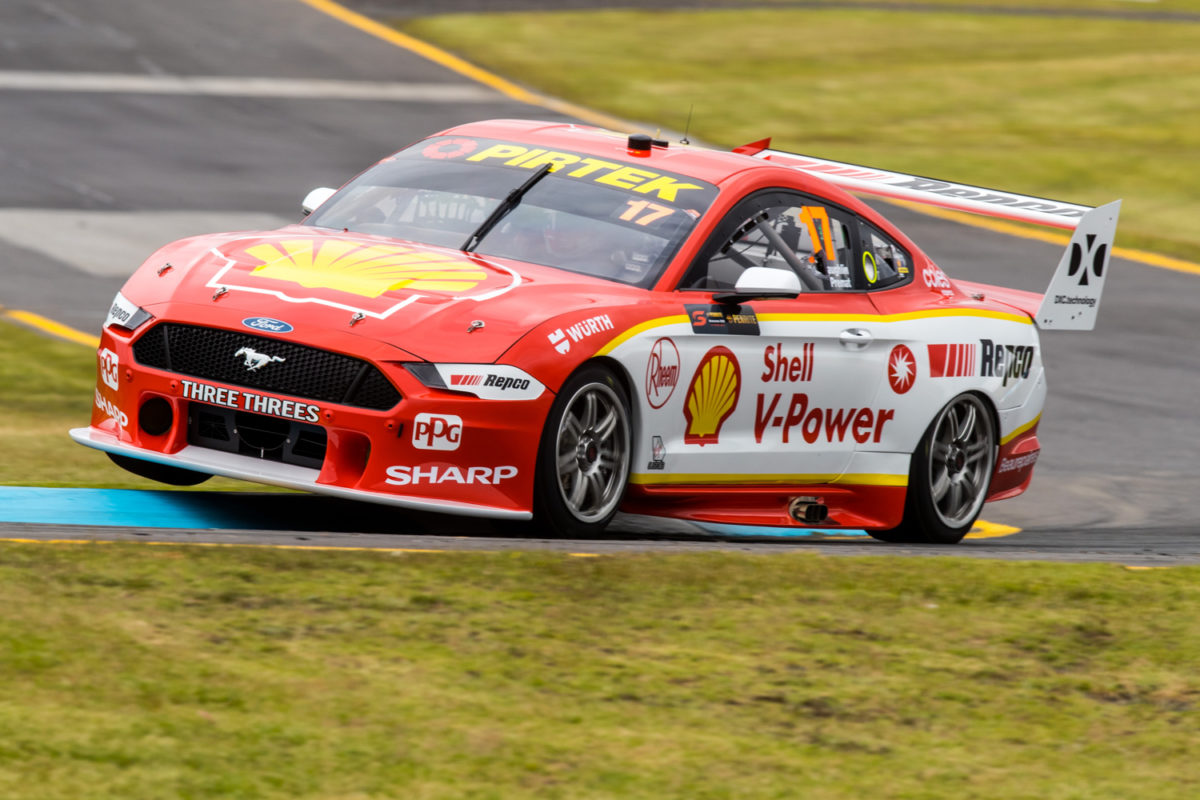 Scott McLaughlin will start today’s Sandown 500 from the rear of the grid.

Shell V-Power Racing says there was clearly no intent to breach engine rules at the Supercheap Auto Bathurst 1000 and will not appeal the decision.

CAMS issued a stewards report this morning detailing that the engine in McLaughlin’s #17 Mustang used in practice, qualifying and the Armor All Top 10 Shootout had exceeded the maximum permitted valve lift prescribed.

A $30,000 fine was issued to DJR Team Penske while McLaughlin and Premat have been relegated from fifth to back of the grid for today’s Sandown 500.

The pair have been disqualified from qualifying and the Top 10 Shootout at Bathurst, which sees the lap record time set removed from the results.

“We plan to just focus on going forward with today’s race.

“Any penalty is an unfortunate one and from a team perspective we certainly apologise to Scott, Alex and everybody else involved, that we’re in this position right now.

“But the facts are that we are and we’ll go forward and focus on today.”

The team has confirmed there was no intent to breach rules and apologised to its drivers an in a statement issued this morning.

“The engines used for the Bathurst 1000 race, in both Car #17 and Car #12, have passed all post-race inspections,” read the statement.

“The engine in question experienced a mechanical problem during practice and qualifying. Following the Top Ten Shootout, we were granted permission by the Head of Motorsport to change the engine prior to the race.

“We are confident that the build sheet for this engine indicated that it left our engine provider with measurements that were well under the allowable maximum valve lift stated within the Virgin Australia Supercars Engine Specification Document.

“It was also confirmed by Supercars that the control camshaft, rockers and all other components and measurements used in the engine were the ones permitted within our Engine Specifications Document.

“The steward’s report confirmed that there was clearly no intent from our team to circumvent the rules and there was no evidence that we benefited from any performance advantage as the engine passed the Supercars power tests on their dynamometer post-event, returning results that did not exceed the Accumulated Power Number nor the Engine Power Weighted Average Number.

“As the lift now measures a few thousandths of an inch high on a few valves, we can only conclude that either the engine wasn’t measured properly when it was initially assembled or the damage that occurred in the engine contributed to a change to the maximum valve lift in the forward cylinders.

“We apologise to Scott, Alex, our partners and our supporters, and we will continue to focus on winning our second consecutive Virgin Australia Supercars Championship.

“The team will be making no further comment at this time.”

McLaughlin can secure a second Supercars title if he and Premat merely finish this afternoon’s Sandown 500.