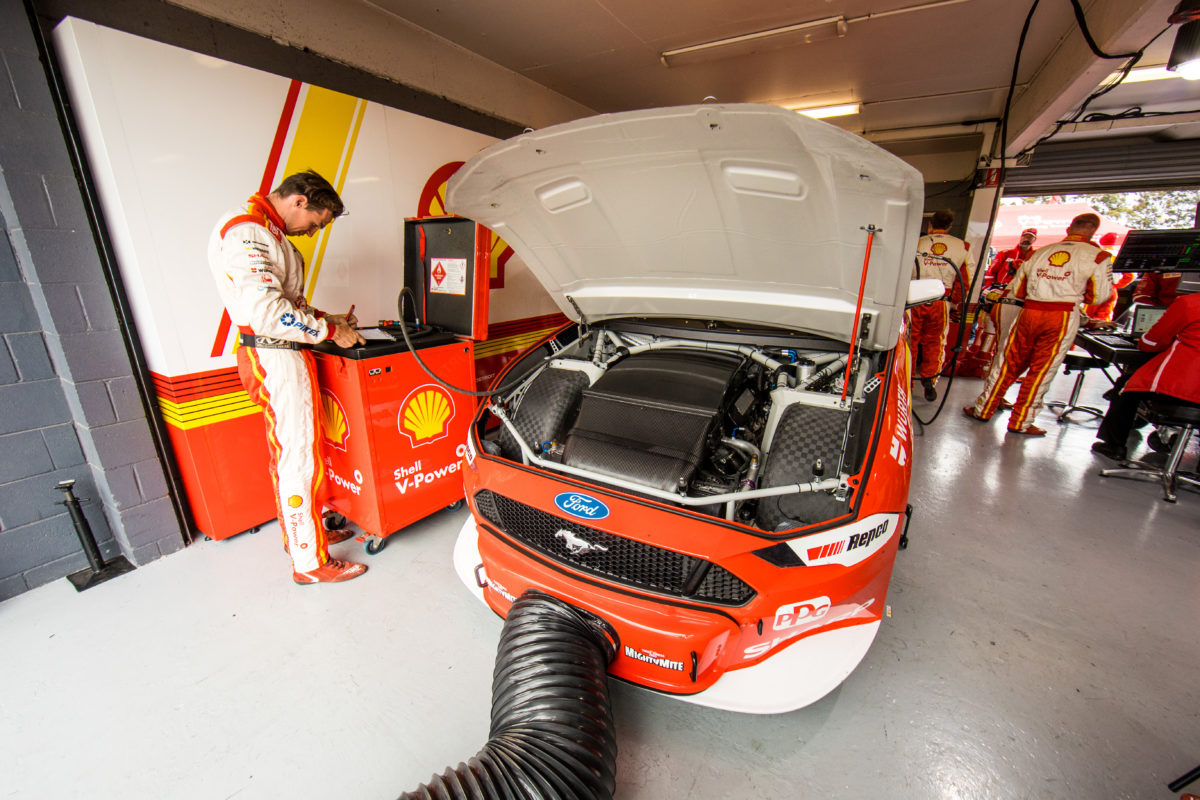 Shell V-Power Racing has been slapped a with a $30,000 fine and Scott McLaughlin has been relegated to the rear of the grid for today’s Sandown 500 due to an engine breach at Bathurst.

McLaughlin posted a practice/qualifying record 2:03.3783s on his way to Armor All Pole Position on the Saturday at the Supercheap Auto Bathurst 1000 before going on to win the race on Sunday.

Prior to the race start the team explained it made a precautionary engine change on the Saturday night after engineers spotted a potential issue.

Officials have now revealed that the engine did contravene the regulation but the breach was not deliberate.

As a result of the breach McLaughlin and Premat have been disqualified from Qualifying and the Top 10 Shootout at Bathurst meaning the record time will not stand. The race win still stands.

The penalty will now see McLaughlin start from the rear of today’s Penrite Oil Sandown 500 having qualified fifth for the race.

The Kiwi only needs to finish today’s race, however, to lift his second Supercars Championship title.

“Following the Event, Engine 009, which was used in Car #17 in Practice Sessions 1 to 7, in Qualifying for Race 25 and in the Top 10 Shootout (and then replaced prior to the Warm Up for Race 25), was examined by Supercars Technical personnel and the valve lift in a number of cylinders was found to have exceeded the maximum permitted valve lift prescribed by the ESD for Car #17,” read the stewards report, in part.

“Car #17, Scott McLaughlin/Alexandre Premat, is disqualified from Qualifying and the Top Ten Shootout for Race 25; and

“Car #17, Scott McLaughlin/Alexandre Premat, is relegated to rear of Grid for Race 30 in the 2019 Virgin Australia Supercars Championship.”

The latest sanction arrives on top of a record $250,000 fine (of which $100,000 is suspended until 31 December 2021) the team copped for breaching the FIA International Sporting Code when it instructed Fabian Coulthard to slow excessively under a Safety Car at Mount Panorama.

DJR Team Penske was also deducted 300 teams’ points while Coulthard/Tony D’Alberto were relegated to 21st position, representing a loss of a further 120 points.