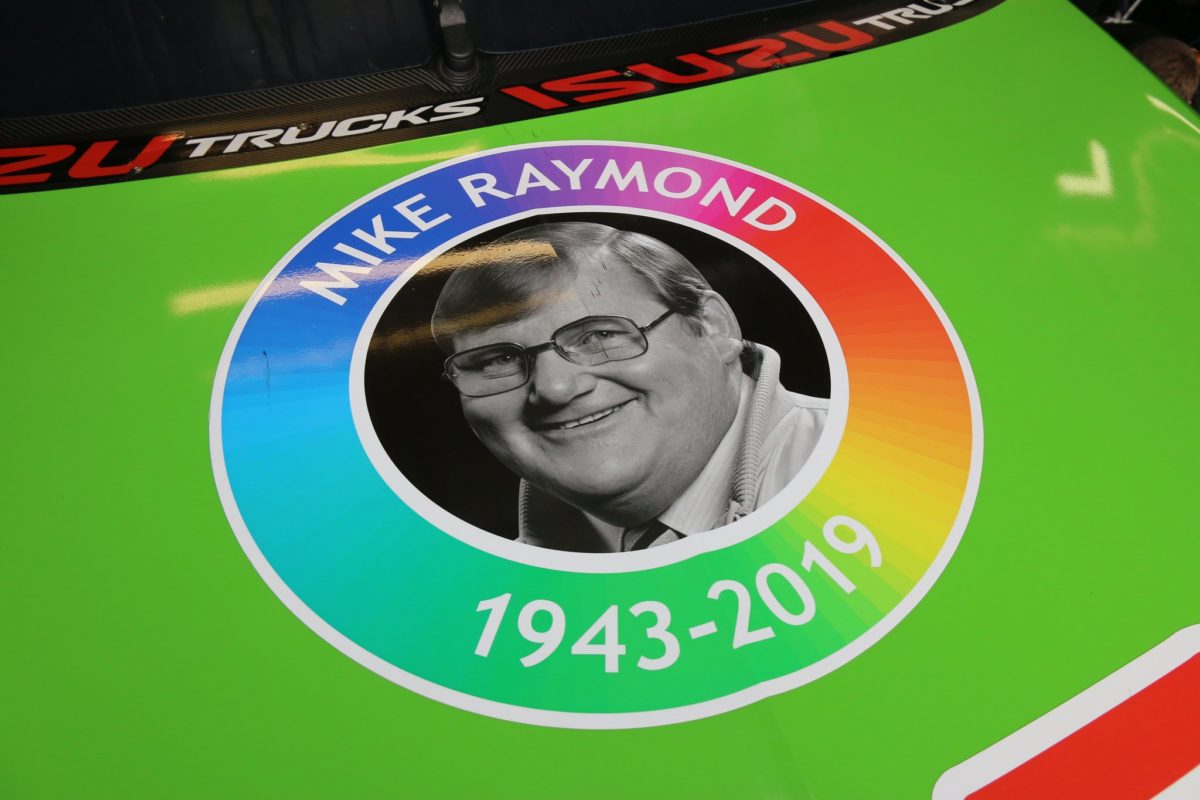 Tekno Autosports has unveiled a special tribute to pioneering motorsport commentator Mike Raymond, who passed away this week.

The sad news has sparked an outpouring of tributes to the iconic caller who became the voice of Australian touring cars for over two decades working for Channel Seven.

The squad had already mocked up a classic Seven logo on the bonnet of its car as part of retro round, and that now features an image of Raymond.

It is understood several smaller graphics have been created which the operation plans to issue to the rest of the Supercars paddock.