Fullwood emerges as contender for WAU seat in 2020

Fullwood emerges as contender for WAU seat in 2020 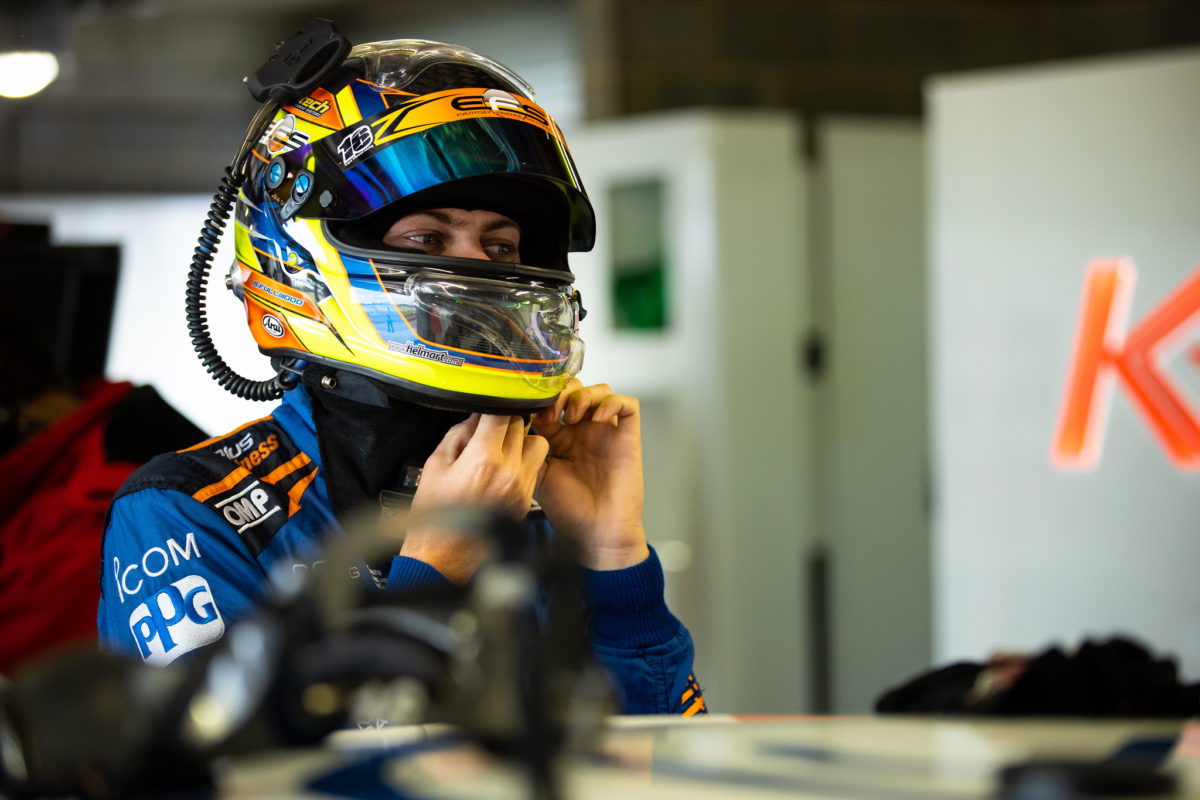 Bryce Fullwood is ‘trying his hardest’ to secure a full time Supercars drive next year as the Super2 series leader emerges as a contender for the vacant Walkinshaw Andretti United seat.

Fullwood has put himself in the shop window having impressed in Super2 with wins or second placings in nine of the 10 races to date.

The Darwin native has also shown his quality in the Pirtek Enduro Cup alongside Andre Heimgartner at Kelly Racing.

While closing in on the Super2 title, the 21-year-old is in the process of trying to secure a graduation to Supercars for next year having admitted he has spoken to all teams with open seats.

Talk in the paddock at Sandown has suggested Fullwood is in the frame, among others, for a drive at WAU alongside Chaz Mostert, who is expected to lead the team next year.

Richie Stanaway has also been tipped as a contender with his drive at Garry Rogers Motorsport disappearing in 2020.

Outside of WAU there are seats at Brad Jones Racing, with Tim Slade’s future ‘up in the air’, while Matt Stone Racing and the new Sydney team are yet to confirm their plans.

“I’ve spoken to everyone up and down the lane, I’m trying my hardest, so, we’ll just wait and see what comes off,” Fullwood told Speedcafe.com.

“If I don’t get in there, it certainly won’t be from a lack of trying, that’s for sure.

“I think there’s potential (for a drive next year), but again, we just have to wait and see.

“There’s obviously a lot of drivers out there and not many drives out there.

“Obviously, it’s very hard to crack into the game not having any main game experience. I mean, I’ve got co-driver experience, and I feel like against the co-drivers in there, I’ve held my own pretty well.

“Andre has been doing a pretty good job in main series and I’ve held my own against him too. I understand it’s a very, very big step. I’m trying very hard to put something together.

“I feel like it would be silly to sort of count my chickens before they hatch.

“I’m just sort of taking everything with a grain of salt at the moment, and if something really real comes up, then we’ll starting excited.”

Meanwhile, Fullwood, who could wrap up the Super2 title this weekend, has received plenty of plaudits from commentators in the paddock during what has been a breakthrough year for the young gun.

While enjoying the limelight, he admits the comments have been surreal.

“Look its awesome (to be talked about),” he added.

“Obviously, this is stuff you dream about, right?

“To even be considered and hear commentators saying your name – with a hell of a lot of pedigree themselves – it’s very surreal for me.

“I watch all the races back and all the practices back. I must admit, it’s been a very, very cool experience for me this year, and I’ve just been very fortunate that I’ve been in good enough equipment to be able to show what I can do – which is a very, very hard thing to do in this game.”

Fullwood topped the times in Friday’s Super2 sessions at Sandown, setting a new practice record behind the wheel of his MW Motorsport Nissan Altima.

Alongside Kelly Racing primary driver Heimgartner, the pair were 12th fastest on combined times in practice for the Penrite Oil Sandown 500.