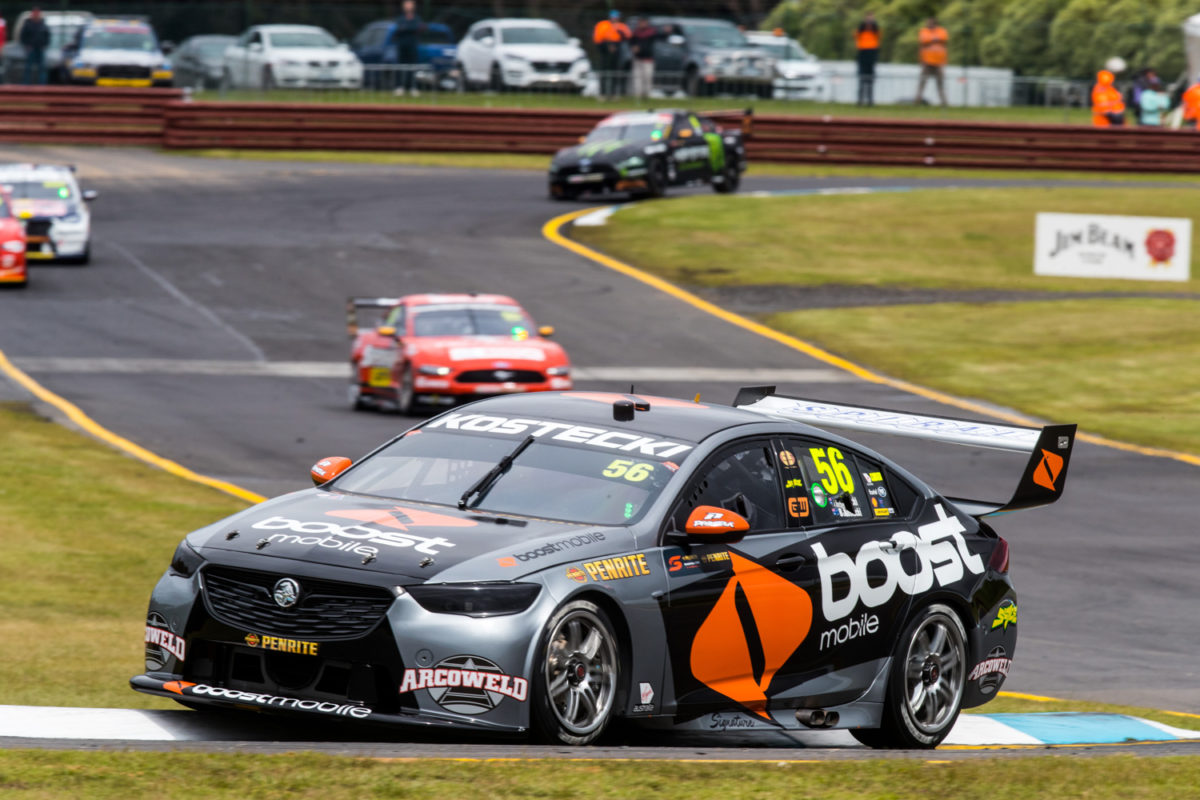 Brodie Kostecki has described his first Supercars Championship top 10 as a reward for his small team’s efforts in their first Pirtek Enduro Cup campaign.

The 22-year-old finished eighth in Race 29 of the season at the Penrite Oil Sandown 500 and, unlike in recent years, those Saturday sprints count as official races.

Kostecki Brothers Racing (KBR) had two SuperSprint events to its name, with Kurt Kostecki the driver, when it chose to enter all three of this year’s long-distance events as a wildcard.

Kurt, his brother Jake, and their cousin Brodie, in fact make up the bulk of its small workforce, which made for a particularly heavy schedule when they had to rebuild their ZB Commodore after Jake’s heavy crash in the Supercheap Auto Bathurst 1000.

Brodie’s result in the primary driver sprint at Sandown is easily KBR’s best race result to date in the Virgin Australia Supercars Championship, although his and Jake’s under-the-radar run to 16th in Race 27 on the Gold Coast a fortnight ago was arguably also impressive.

“It’s really rewarding when we get a result like that,” said Brodie after Race 29.

“(It) definitely makes all those late nights worth it and (I) just can’t thank all the family enough for getting us to this point.

“It’s pretty exciting, and tomorrow is a new day, so we’ll just have to battle on.”

KBR will therefore start the final enduro of 2019 from eighth position, after Brodie gained 13 positions in 20 laps in wet conditions.

They were one of the teams that chose to fit wet tyres, which proved far quicker than slicks, but still finished ahead of six others who did the same.

Brodie in fact found himself ninth after just one lap before putting a move on 2010 champion James Courtney through Turn 4 on Lap 12, and surviving pressure from a charging Chaz Mostert at the end.

“We’re here to sort of have fun and do our job.

“I was glad that (after) pretty much the first two laps of the race I knew that the car had pace, and I’m pretty confident around here in the wet, so all in all, it’s been a pretty good day.

“The car’s straight, and I just can’t thank all the partners enough like Boost Mobile and Penrite and the family as well, they’re all here, they’re all watching.

“It’s been a real big effort to get to this point, but we’re really proud of it.”

KBR’s #56 ZB Commodore is set to be back on-track for the warm up tomorrow from 1000 local time/AEDT.