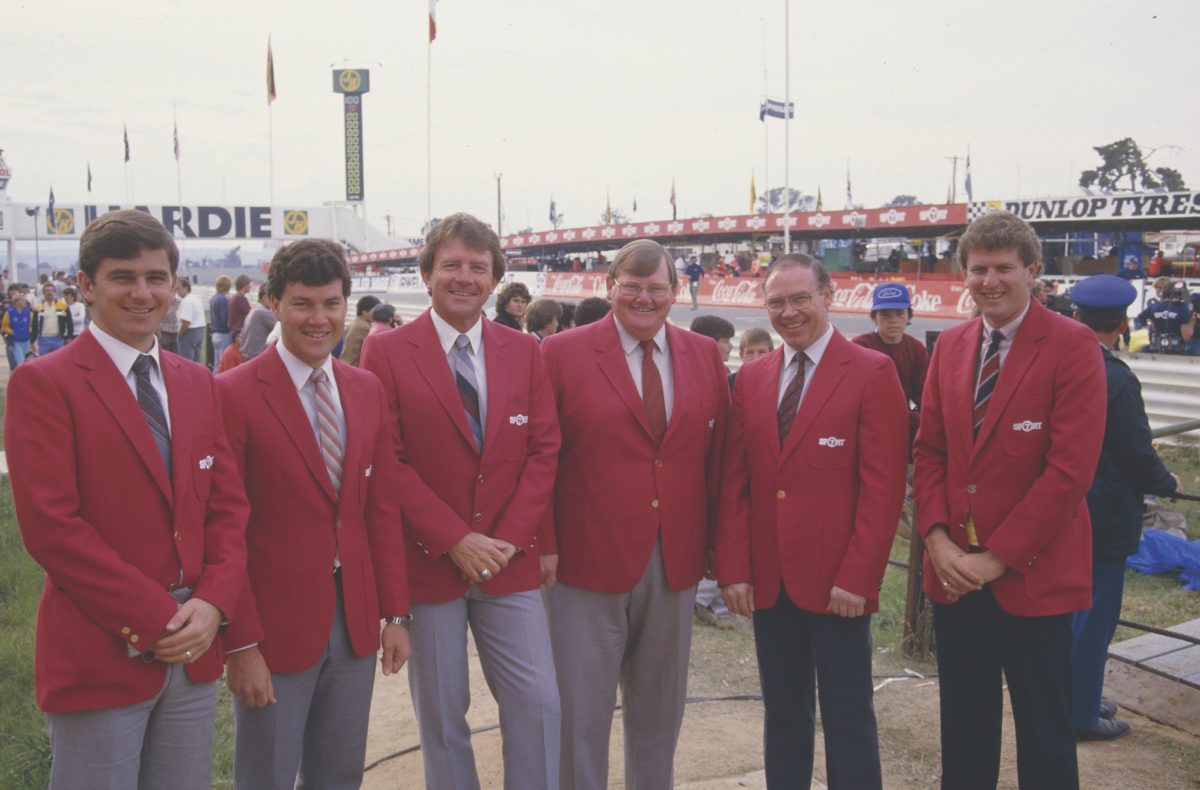 Leading Australian commentator and former touring car ace Neil Crompton has emotionally talked about the loss of motorsport media doyen Mike Raymond, who he has described as a father figure.

Raymond, 76, who was a pioneer in so many areas of media in Australia, passed away on Thursday evening after a complication with pneumonia.

Crompton, who now leads the television coverage of Supercars, was emotional on air yesterday when the news publicly broke of Raymond’s death and actually had to remove himself from a few on-air duties to give himself some “breathing room”.

“I learned about a week ago Mike had gone into hospital and since then have been hoping for the best but fearing the worst,” Crompton told Speedcafe.com.

“Andy (Raymond’s son) advised me on Thursday and it hit hard, really hard and hurt. It was devastating news.”

Crompton learned his craft from Raymond at Channel 7 and remembers the day fondly that he slipped on the famous red Channel Seven sportscoat at Bathurst for the first time in the mid 1980s.

“Mike Raymond played an enormous role in shaping the industry we celebrate to this very day,” said Crompton.

“If you’re lucky you might cross paths with someone that can alter the course of your life. Mike did that for me in 1984 when he drafted me into his world for 1985.

“He was a great leader, mentor and friend and we’ve remained close for 35 years.

“In fact, in the early days, Carol and Mike were like ‘mum and dad’ when I moved to Sydney.”

Crompton talked with passion about how Raymond had helped shape the current Australian motorsport landscape.

“We know Mike for his commentary and great show sense but his legacy runs deeper,” said Crompton.

“In the early ’90’s, Mike, together with Rob McEniry from Holden, Peter Gillitzer from Ford and Ken Potter from Philip Morris led the push to change the direction of the sport that led to what became V8 Supercars.

“His passion was infectious and he had a clear, absolute no nonsense view of what mattered, and what mattered to Mike was the show and the customer in equal measure.

“Glenn Seton, Tony Longhurst, Brad (Jones), Skaifey (Mark Skaife), Larko (Mark Larkham), myself and a heap of others were all beneficiaries.”

Despite Raymond being out of the direct media landscape for several years, he always had time and advice for Crompton, his number one protege.

“I am really going to miss Mike’s post-race debriefs,” said Crompton, as tears welled in his eyes.

“I’ve got one from Bathurst just a few weeks ago and I’ll hang onto it forever.

“I’m very thankful to have known and worked with Mike Raymond. Motorsport and broadcasting is the richer for his presence.”

Mike Raymond’s funeral details will be announced through Speedcafe.com when they become available.