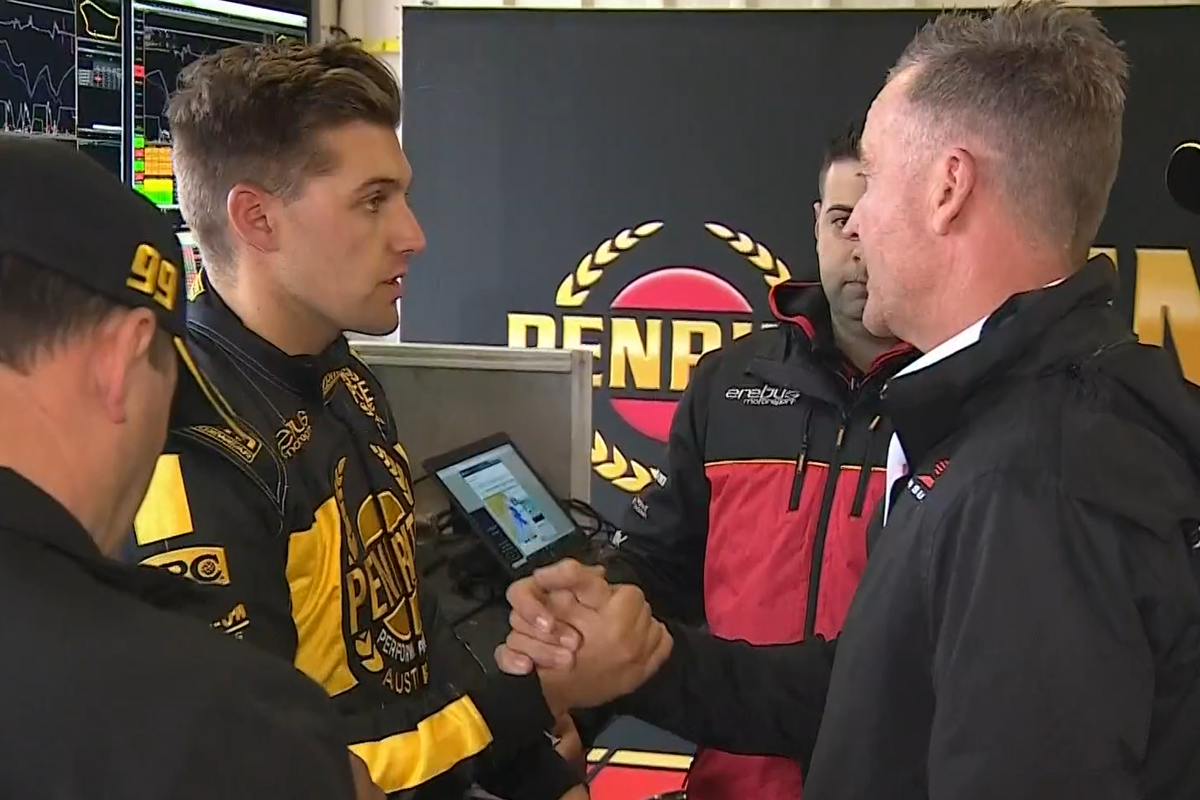 Supercars Driving Standards Advisor Craig Baird has admitted he made the wrong call in handing Anton De Pasquale a drive-through penalty in Race 29 at the Sandown 500.

De Pasquale was fighting for second spot on the run to Turn 1 and was hit by Triple Eight’s Shane van Gisbergen as he attempted to hold his line into the corner.

Both cars were sent spinning off the road in the tricky wet conditions with the incident immediately investigated by the stewards.

Officials elected to issue a drive-through to De Pasquale which left Penrite Racing boss Barry Ryan and van Gisbergen bemused at the outcome.

Baird has since admitted he made an error with the call and apologised post race to De Pasquale, who fought his way up to 13th after the sanction.

“I looked at the turn-in angle which was fairly steep – Anton, Barry, they agree with me on that – I just didn’t take the closing speed of Shane (into account); Shane’s put his hand up…

“I make a hundred and fifty decisions a year, I’ve got one wrong…”

Baird said that the speed of the decision was driven by a desire to apply penalties in-race rather than after the fact.

“We’ve tried really hard… Look, when we were doing post-race penalties, people weren’t happy with that,” he explained.

“We’ve tried hard to sort of have the decision made between the goalposts really, not carry it on after the game.

“You pull the trigger and I guess you try and keep one half happy by making the decision straight away and (at) another time you make them too late and they’re not happy about that.

De Pasquale accepted the apology but was left thinking about what could have been had he not been penalised.

“It’s obviously a shame,” he said.

“(I started) On the front row, got an alright start and it’s only a qualifying race so just trying to make a good spot for tomorrow.

“It’s the biggest shame because we were sort of the fastest car on the wet tyre for the whole race. It’s obviously a what could have been.

“I haven’t seen any of the footage, obviously spoke to Bairdo and everyone’s said not my fault, got a bit stiff. I was in the corner then I was backwards then going through pit lane. It happens.”

Baird did claim that the net effect of the error on De Pasquale, who had taken the clearly faster choice of wet tyres, was only one position.

“I even went back through the timing and you can’t give the time back but it would make one spot difference to his day,” he added.

“His day was wrecked when the collision happened with Shane, so I just added to it a little bit.”

De Pasquale and co-driver Will Brown will start tomorrow’s Sandown 500 from 13th on the grid, while van Gisbergen/Garth Tander are last on the grid after the Kiwi failed to finish Race 29 due to the resulting damage.