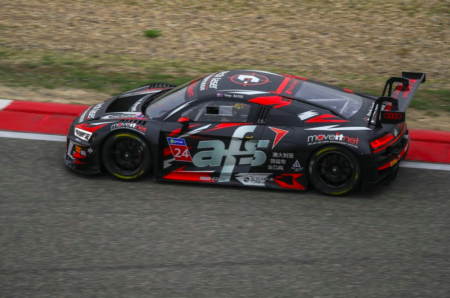 Australian GT driver Tony Bates will take no further part in the Sandown race weekend after suffering a bizarre injury in Race 1 on Friday.

While running in the lead Bates’ hamstring reportedly gave out as he braked for Dandenong Road (Turn 9) causing him to lose the lead, according to a media statement.

Bates battled through the pain as he ran the race in fourth, before his day was ended with an engine failure on the penultimate lap.

Having not been in the championship hunt and with an Audi R8 LMS Cup event a fortnight away, Bates decided to withdraw from the remainder of the Australian GT weekend in the best interest of his fitness.

“As I braked for Dandenong Road Corner, my hamstring snapped and caused me to run wide,” Bates said.

“I was in agony for the rest of the race, but I was still able to do some decent lap times and I even managed to overtake Geoff Emery after we both came out of the pits together.

“It’s a shame the engine failed, because we had some really good pace.

“The team could have repaired the car, but there’s no way I would have passed a fitness test with my hamstring injury.

“Obviously it’s now in my best interests to make sure I’m physically recovered before I race again in a fortnight for the final Audi R8 LMS Cup races.”

The final round of the Australian GT Championship concludes at Sandown with Race 3 at 1520 AEDT, while the Audi R8 LMS Cup event will be held at Malaysia’s Sepang circuit on November 23-24.