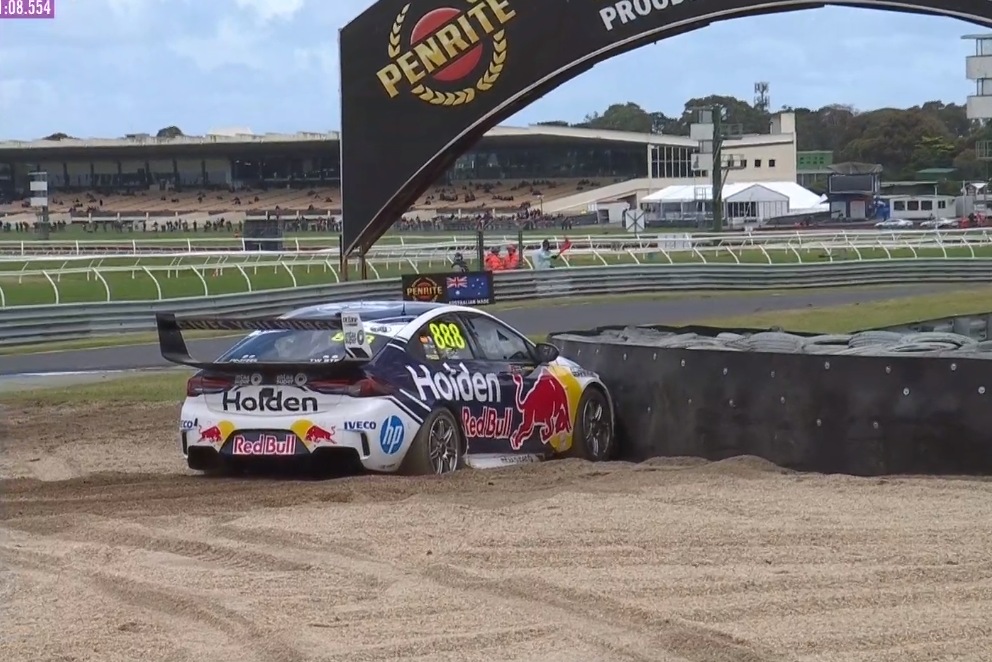 Jamie Whincup has identified increased grip as the reason for his and a number of other offs at Dandenong Road in practice for the Penrite Oil Sandown 500.

The Red Bull Holden Racing Team driver drew a red flag while trying to improve on his own benchmark when he locked the left-front and ended up just nudging the tyre wall, 10 minutes into Practice 2.

There was then the unusual sight at the end of that session of Scott Pye buried in a similar position to where Whincup had been, while Chaz Mostert spun his wheels a few metres away having also run into the gravel.

The relatively slow left-hander is fed by the downhill esses complex, where a tarred run-off area has been tacked onto the circuit since the Supercars Championship’s last event at Sandown.

Cars also have more downforce than last year, and Whincup says that drivers are being tempted into mistakes by the greater grip available to them.

“Yeah, I went in there, got bogged, red flag,” noted the three-time Sandown 500 winner.

“The extra grip down there is certainly making it more of a corner to attack, and yeah, you get it wrong and you’re in the gravel, and once you get in the gravel, you’re bogged, it’s all over.”

Another theory is that drivers are carrying higher speeds through the esses due to the presence of the new run-off area.

Smith himself caused multiple red flags across Super2’s two practice sessions due to straying off the track at Dandenong Road, but his data demonstrated only a small increase in speed through the esses.

Forgie is instead said to have cited a headwind down the hill which did not apply once drivers tried to make the Turn 9 left-hander.

While Pye’s and Mostert’s errors were late enough such that they did not necessitate another red flag in Supercars Championship Practice 2, Whincup suggested that modifications to that gravel trap in conjunction with the works just up the hill would have been desirable.

“It would be great to do an improvement down there,” he said.

“It would be great to get through the gravel trap and then be able to drive out to the other side, so that would be handy.

“It would have been nice to do that while all the earthworks were getting done.”

Whincup did get back on-track to go ninth fastest all told in that session, his only running of the day.

With Practice 1 and Practice 3 reserved for co-drivers, and Craig Lowndes putting Whincup’s car fastest in the latter, Whincup said he in fact felt like a co-driver himself.

“Believe it or not I actually felt like a co-driver today,” he remarked.

“I just did a brief half an hour session; it was half wet and then ended up in the gravel, so it was literally a few laps today which is obviously out of the norm.

“As a result, I feel like I haven’t done enough laps out on the track to know if the car is good, bad or otherwise.

“Today though was more about Craig and for him to do the job with the car set-up. His time at the end of the final practice session shows the car is there or thereabouts.

“We will see what tomorrow brings as it’s predicted to rain again so we’ll see what rolls out when tomorrow rolls around.”

The fourth and final practice session, for all drivers, takes place tomorrow from 1040 local time/AEDT. 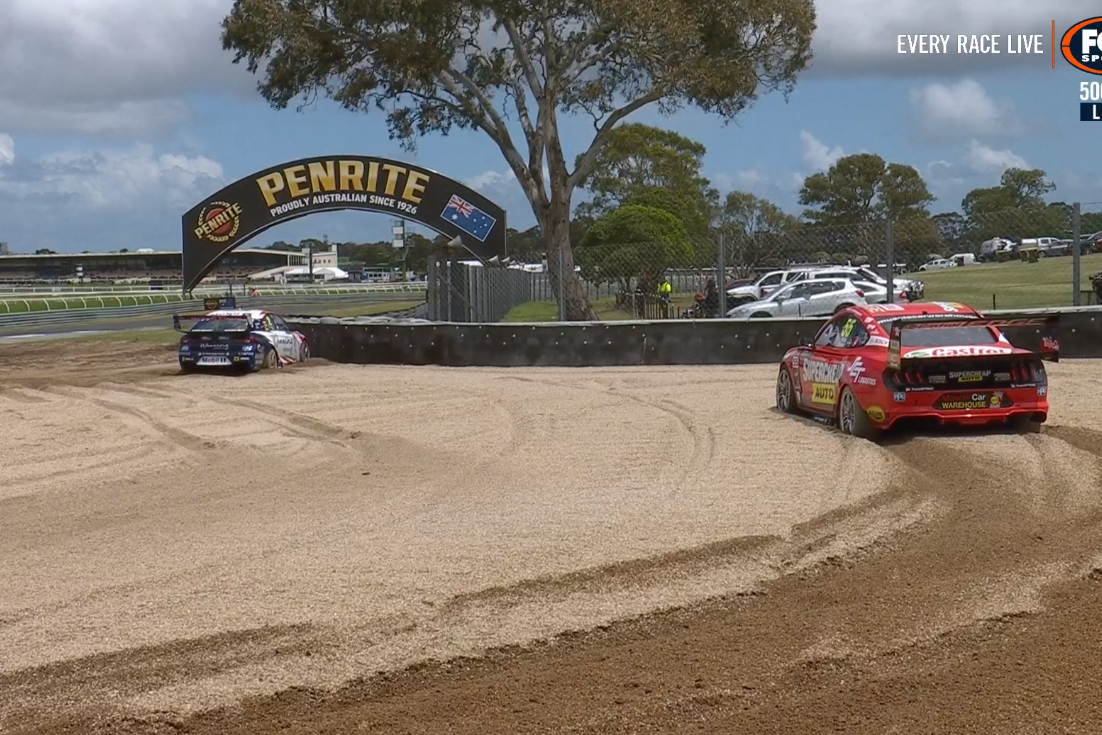 Scott Pye and Chaz Mostert in the gravel at the end of the session pic: Fox Sports