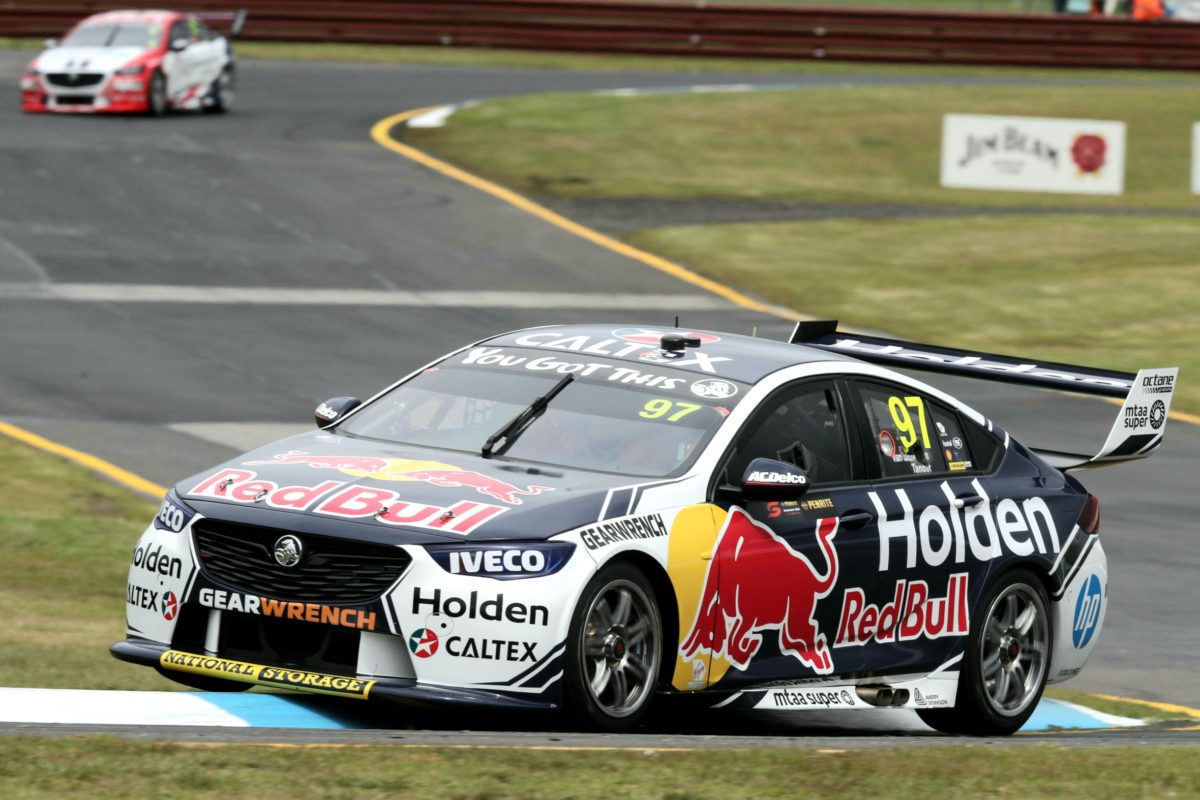 Patchy rain fell during the half-hour session, for co-drivers only, which caught out Craig Lowndes and others at Turn 4.

Tander, Lowndes’ team-mate at the Red Bull Holden Racing Team, ultimately set the pace with a 1:08.0361s, while Bryce Fullwood, Dale Wood, and Warren Luff all finished within a tenth of a second in second through fourth positions respectively.

Tander was prominent throughout, spending time in the lead on his first run before Thomas Randle clocked a 1:08.4947s in Lee Holdsworth’s #5 The Bottle-O Mustang.

Tander was still within a tenth of a second of the best pace prior to the final runs, and bounced back from a minor off at Dandenong Road to subsequently go to a 1:08.1548s in Shane van Gisbergen’s #97 ZB Commodore.

Fullwood wheeled Andre Heimgartner’s #7 Plus Fitness Altima to a 1:08.0923s just before the chequered flag, only to be pipped by Tander again.

Wood (#15 Castrol Altima) ended up third in what was a frantic conclusion to proceedings, ahead of Walkinshaw Andretti United team-mates Luff (#2 Mobil 1 ZB Commodore) and Perkins.

Best of the Ford drivers was Tony D’Alberto at 0.1983s off the pace in Fabian Coulthard’s #12 Shell V-Power Mustang.

Alexandre Premat was 11th in the new #17 Shell V-Power Mustang and Randle one position further back.

Lowndes ended up 16th after his late spin, caused when he got the #888 ZB Commodore high on the Turn 3 exit kerb.

He stayed away from the barriers and Ash Walsh had what appeared to be an innocuous touch with the tyre wall when he made a similar mistake in the #14 Freightliner ZB Commodore.

Youlden had a spin at the same location very early in the session, which ran uninterrupted despite the tricky weather and drivers remaining on slicks.

Practice 2, a half-hour session for all drivers, starts at 1245 local time/AEDT.