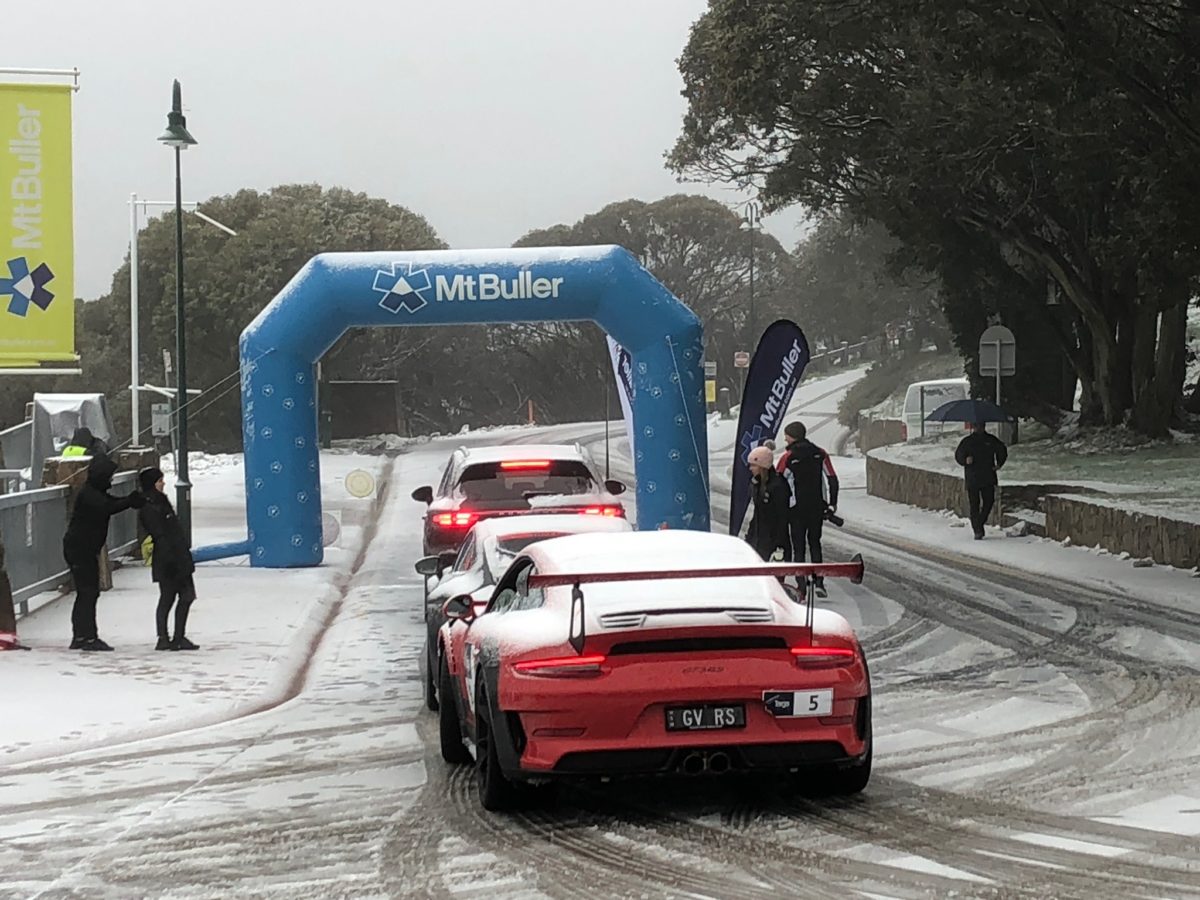 Snow has delayed the start of the 10th anniversary Targa High Country in Victoria.

Competitors were halted for 20 minutes before conditions were deemed sufficient to start the tarmac rally, which begins at the Victorian ski resort of Mount Buller just over 200km north-east of Melbourne.

This year a record 206 cars are taking part in three day event, including more than 270kms of competitive stages, that concludes on Sunday. 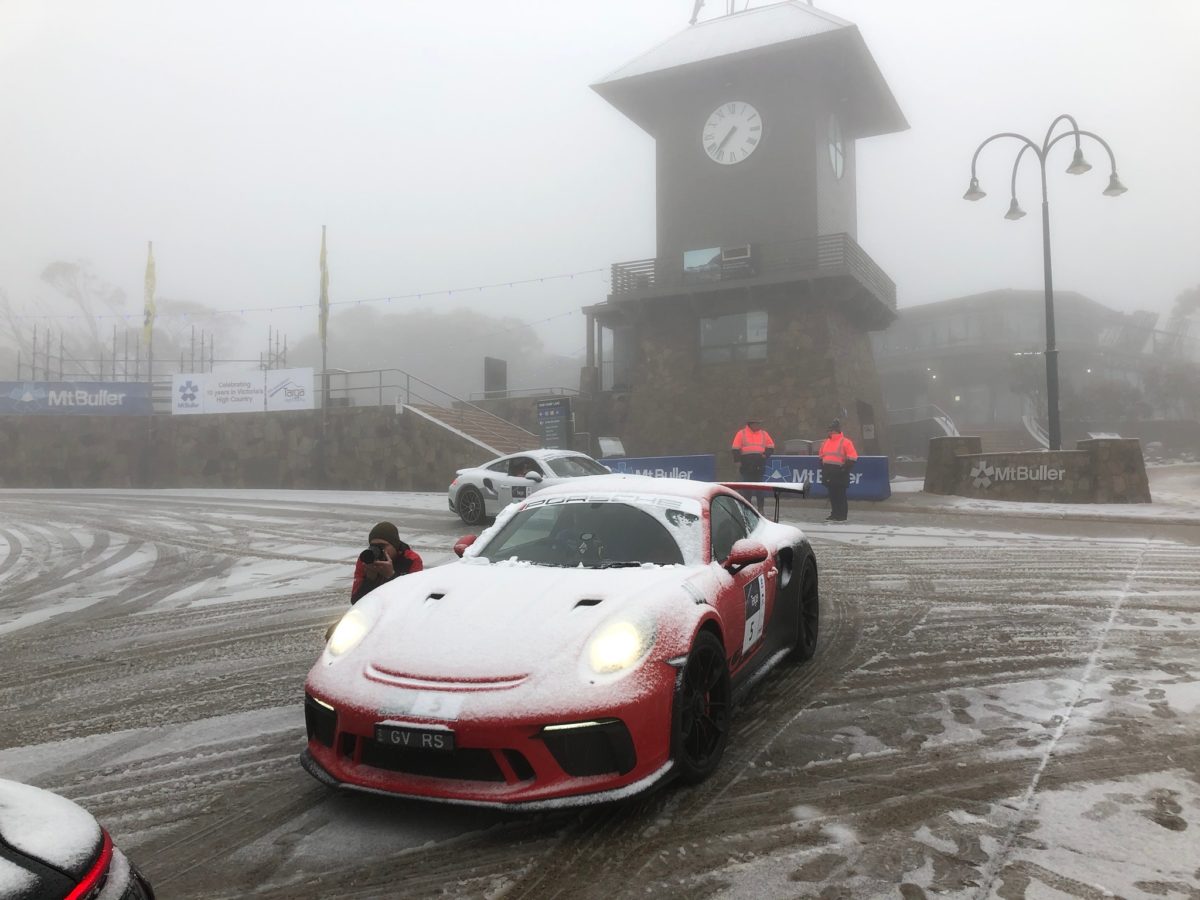