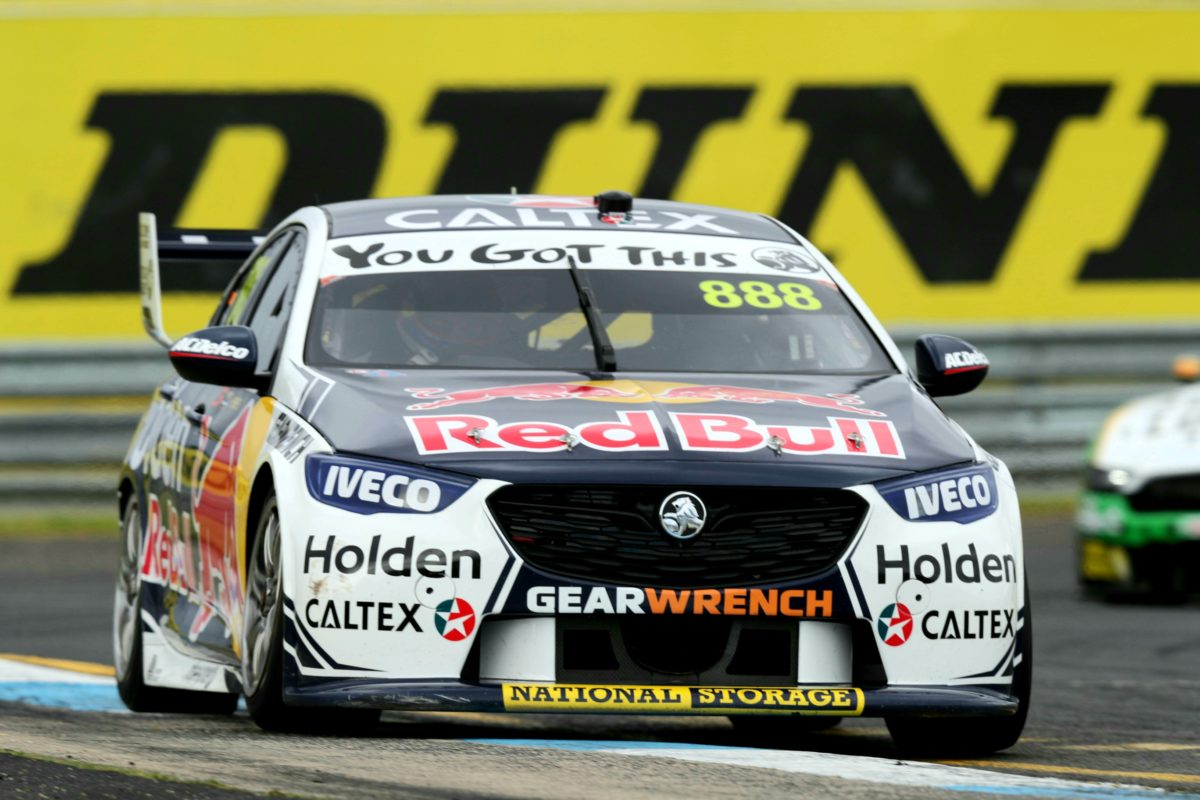 Craig Lowndes has pipped Tony D’Alberto to top spot in the second co-driver session at the Penrite Oil Sandown 500.

Lowndes finished the half-hour third practice session of the event with a fastest lap of 1:07.8356s in Jamie Whincup’s #888 Red Bull HRT ZB Commodore, 0.0577s slower than the record pace which David Reynolds set in Practice 2.

D’Alberto was only 0.0600s off Lowndes’ pace in Fabian Coulthard’s #12 Shell V-Power Mustang, while Dale Wood was also within a tenth of #888 in Rick Kelly’s #15 Castrol Altima.

In a session delayed by 50 minutes due to an earlier crash in a support category, Garth Tander (#97 Red Bull HRT ZB Commodore) was fastest through the first runs with a 1:07.9537s, which had him 0.3678s clear of second placed Alex Davison (#23 Milwaukee Mustang).

D’Alberto made two steps up from the bottom end of the field to second position during his second run, slotting in at 0.2285s behind Tander as signs of rain became visible.

Several more joined the DJR Team Penske driver at similar or marginally better lap times through the middle 10 minutes of the session, before it become much tighter at the point end of the field.

Less than a tenth of a second separated Tander from D’Alberto ahead of the final runs, with those two split by Lowndes in second and Will Brown (#99 Penrite ZB Commodore) in third.

Wood went fastest with a 1:07.9484s on his final run before Lowndes rolled out a 1:07.9169s despite a slightly nervous arrival at the final complex of corners.

“Obviously (there was) that long delay and we got told a rain shower was coming so we were all hustling at the start to get some laps in,” explained Lowndes.

“We made the car better over that session, there’s no doubt about that, and that’s always what I’ve loved to do is develop a car.

“We went up on springs, we went down on springs, we played with shocks, we did everything and we got a bit of balance to what we wanted and we put a set of tyres on which Jamie had previously run.

“It took three laps though to still get the tyre pressures and the balance right, but yeah we were hustling it.”

Tander had no advance on his first run but that was still good enough for fourth, ahead of Jack Perkins (#22 Mobil 1 ZB Commodore), Ash Walsh (#14 Freightliner ZB Commodore), Brown, and James Moffat (#55 Supercheap Auto Mustang).

Alexandre Premat broke the beam at 1:08.0750s near the end to put the #17 Shell V-Power Mustang ninth all told, having been as high as second position, while Thomas Randle (#5 The Bottle-O Mustang) rounded out the top 10.

Luke Youlden was 14th in Reynolds’ #9 Penrite ZB Commodore, although still within half a second of Lowndes’ benchmark.

The final, half-hour practice session, open to all drivers, is due to start tomorrow at 1040 local time/AEDT.