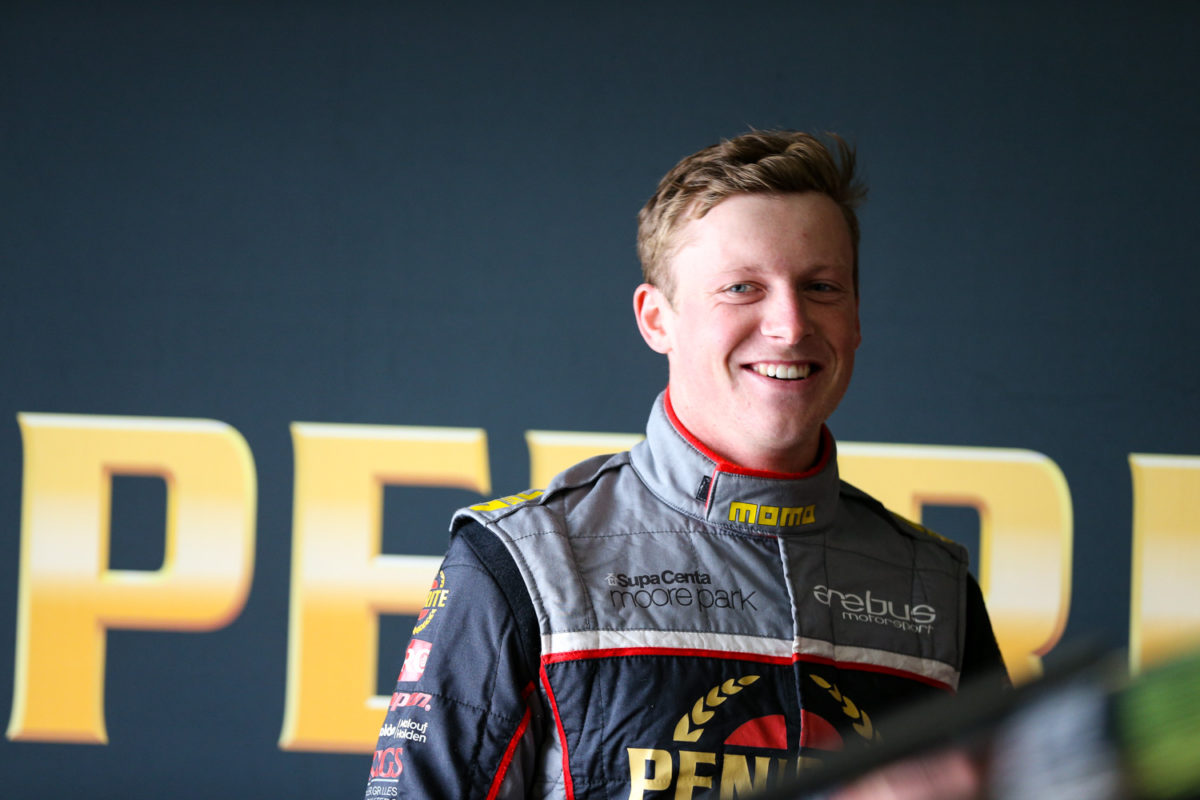 Will Brown has not given up on a possible graduation to the Supercars Championship next year but admits he may be forced to bide his time.

The 21-year-old is among a group of young drivers in the market to step up to Supercars’ top tier having particularly impressed driving for Penrite Racing in the Pirtek Enduro Cup over the last two seasons.

Despite a largely difficult Super2 season, highlighted by a solitary win, Brown has emerged as a potential candidate for a full-time Supercars drive.

The new Sydney-based team has been touted as an option given his links to businessman and racer Rod Salmon, who is believed to be involved in the squad’s second entry.

Likewise, there has been some paddock chatter linking him to the seat vacated by Scott Pye at Walkinshaw Andretti United.

However, Brown remains circumspect on his future plans, revealing that his Supercars hopes are likely to come down to sponsorship dollars.

“Obviously, my name’s been thrown about a little bit, but I’ve got to wait and see if something’ll work out,” Brown told Speedcafe.com.

“I don’t know if main series will work out, but it’s one of those things; there’s a lot of guys around that can bring a lot of money, and for teams right now, it’s pretty hard with sponsorship.

“I probably can’t offer the amount of money that other people can, so it’s just about biding your time, waiting for a team that actually really wants you and believes in what you do.

“I’ve won a few categories, I’ve won three Australian championships now, and I believe we can do the job and I’ve shown that over the enduro season.

“It’s tough with how Dunlop Series (Super2) has been going, and that’s probably the biggest thing, (that) we need to work on Dunlop Series but I’ve got plenty of options for next year. I’m not too fussed.”

Should Brown’s Supercars ambitions for 2020 fail to come to fruition, the young gun who lifted the inaugural TCR Australia title is confident he will have plenty of options in other series.

One of those could be in International TCR that could gather momentum courtesy of a trip to Hyundai Motorsport in Germany set to take place after Supercars’ season-ending Coates Hire Newcastle 500.

“The Supercars thing’s a very hard thing to crack, so I’m heading over to Germany after Newcastle, (I) fly out the next day, to go over and meet the Hyundai guys over there, then I’ll give a bit of a presentation.

“It’s pretty awesome, I head over with the team boss of HMO, who I run in (TCR Australia), and wouldn’t mind doing some World TCR rounds next year.

“If I don’t get a main series seat, that’s what I’ll try and do; head over there, do one or two rounds, and see how we go.”

Brown has stressed the importance of exploring all avenues for his career.

“TCR (Australia) has some pretty good options at the end of next year if you can win the championship and I believe we can,” he added.

“The Supercars thing’s always been a dream that I want to do and I still want to do, but it’s been hard and, in a way, disappointing, because you’ve probably been jumped by a few people that have money as well.

“It’s one of those things but you press on, and it’s motorsport; there are plenty of other categories.

“I do want to stay here and try and have a crack at it, because I know, looking at the cars and what I’ve done over enduro season, that I can be a competitive runner in Supercars.

“I’d like to do that but it’s just (about) opening up plenty of doors because Supercars is a tough category to get into these days and I need to have back-up options.”

Brown will team up with Anton De Pasquale in the #99 Penrite Racing ZB Commodore for this weekend’s Pirtek Enduro Cup finale at the Penrite Oil Sandown 500.