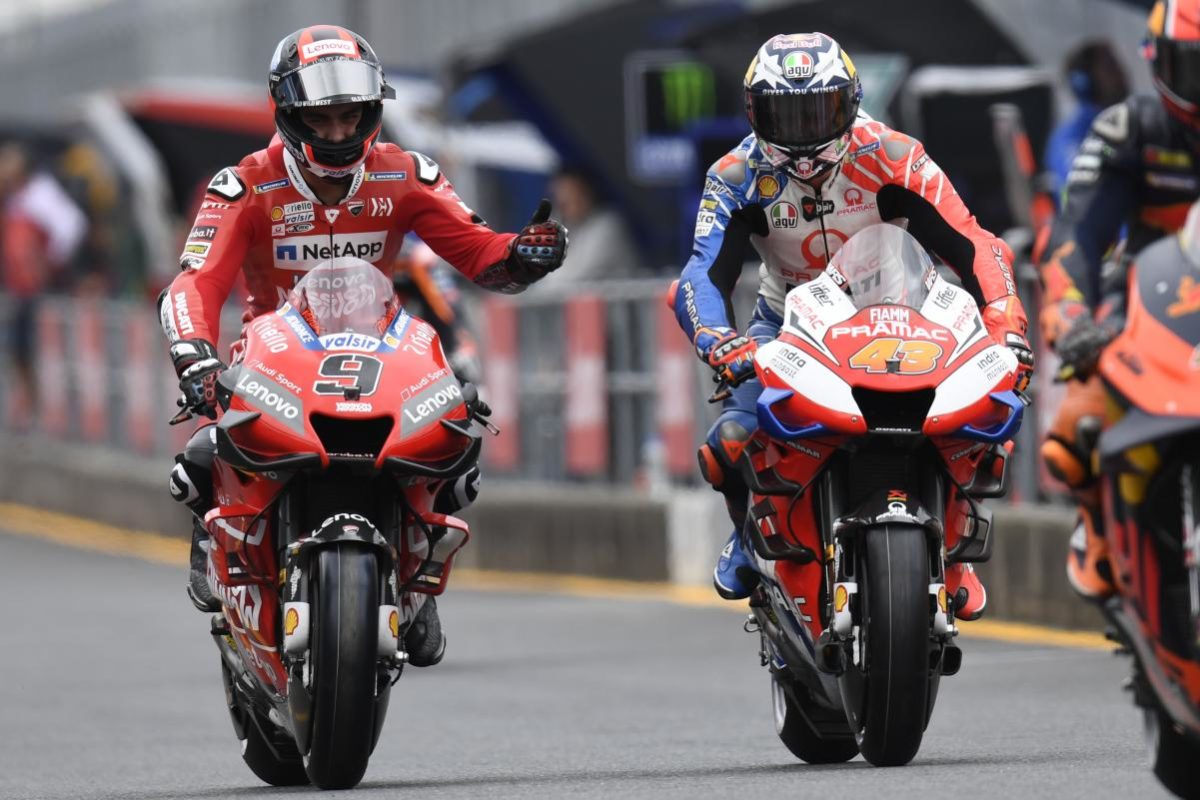 Miller, Petrucci, and initially 2019 MotoGP rookie Francesco Bagnaia, were in the frame for the then unspoken-for ride at the Ducati Team for 2020.

Ducati eventually opted to re-sign Petrucci to the factory team and kept Miller at Pramac, whose riders it actually holds the contracts for.

However, Miller has beaten Petrucci in four out of the seven races since his new deal was done, including two podiums to the Italian’s zero, leading to speculation that the Bologna factory might switch the two riders.

Guidotti maintains that Pramac is set to hold on to the Australian, despite the expense of having to run current-specification entries for both Miller and Bagnaia next year due to contractual obligations to the latter.

“These stories have already come to light in Aragón. Then it was quiet for three races in Thailand, Japan and Australia. Here in Sepang the stories started again,” Guidotti told German publication Speedweek.com.

“Of course everything is possible in racing. Because Ducati Corse has both rider contracts in hand.

“But we expect Jack to be with us, we sincerely hope that we can keep him. It was fixed with him at the GP of Austria, that he rides next year with us with a GP20.

“We have to dig deep into our pockets and invest more money, because Pecco Bagnaia has in his two-year contract the assurance of a GP20 for the second year.

“And of course we had to provide Jack with identical material.”

Petrucci is currently fifth in the championship and Miller eighth with one round remaining, at Valencia on November 15-17.