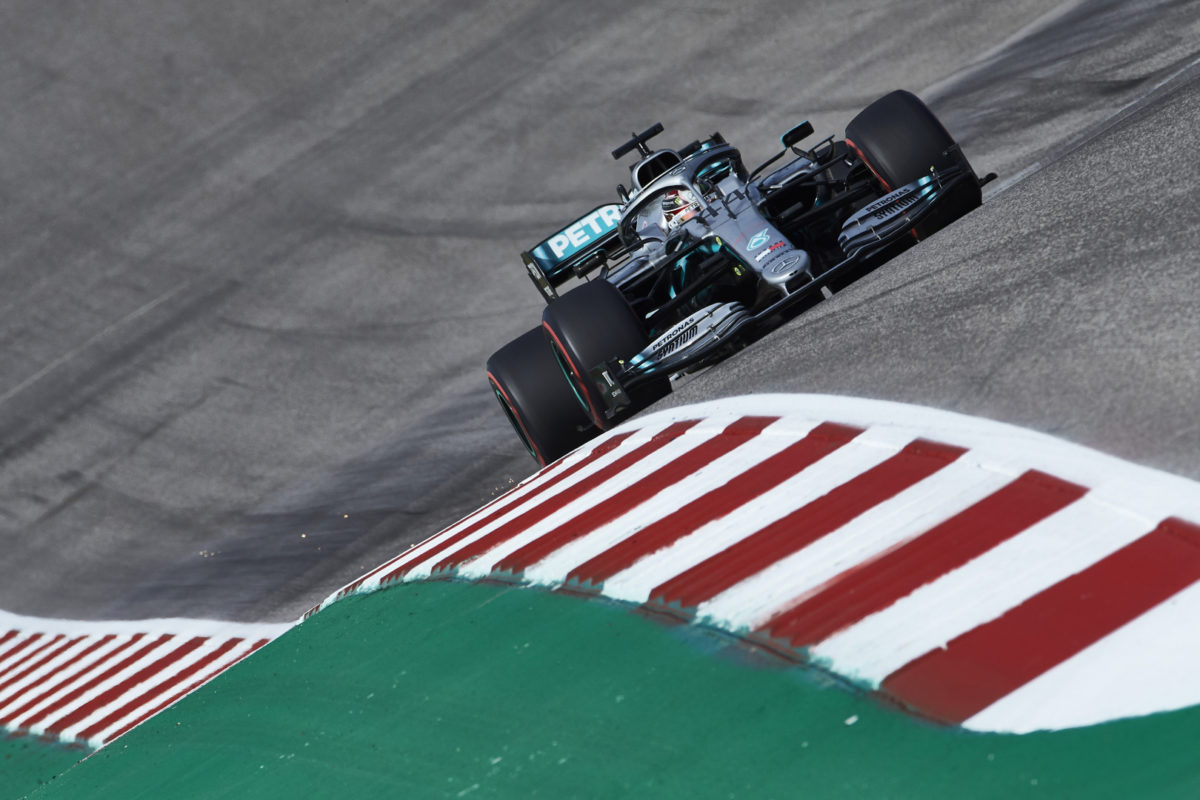 Mercedes has attributed Lewis Hamilton’s subpar qualifying performance in the United States to a cover missing from one of his steering wheel dials.

Hamilton could only manage fifth on the starting grid with a time almost three tenths of a second slower than that which team-mate Valtteri Bottas took pole with.

According to Mercedes’ strategy director, James Vowles, Hamilton was in fact inadvertently adjusting his car’s engine braking due to the absence of the cover.

“During the course of the lap, underneath his right hand, there’s a little rotary and that rotary adjusts the engine braking,” said Vowles in Mercedes’ Pure Pit Wall debrief video for the United States Grand Prix.

“Normally it has a guard on it, and what happened is the guard had accidentally been knocked off.

“As (Hamilton) went through the lap, every time he turned the steering wheel, he accidentally changed the engine braking and that caused him to lose performance towards the end of the lap.

“The mechanics spotted it immediately the second the car had come back in but obviously that first run was compromised as the result.”

Hamilton’s crew was able to fix the problem for his second Qualifying 3 run, but by then conditions had deteriorated such that he was not able to go faster.

“The track in fact had slowed down slightly, small wind change, small track temperature change and Lewis wasn’t now able to compete at the front, ultimately sealing his place as fifth on the grid.”

Hamilton nevertheless went on to clinch a sixth world drivers’ championship by finishing second to Bottas at the Circuit of the Americas.

Next up is the Brazilian Grand Prix, from November 15-17 (local time).