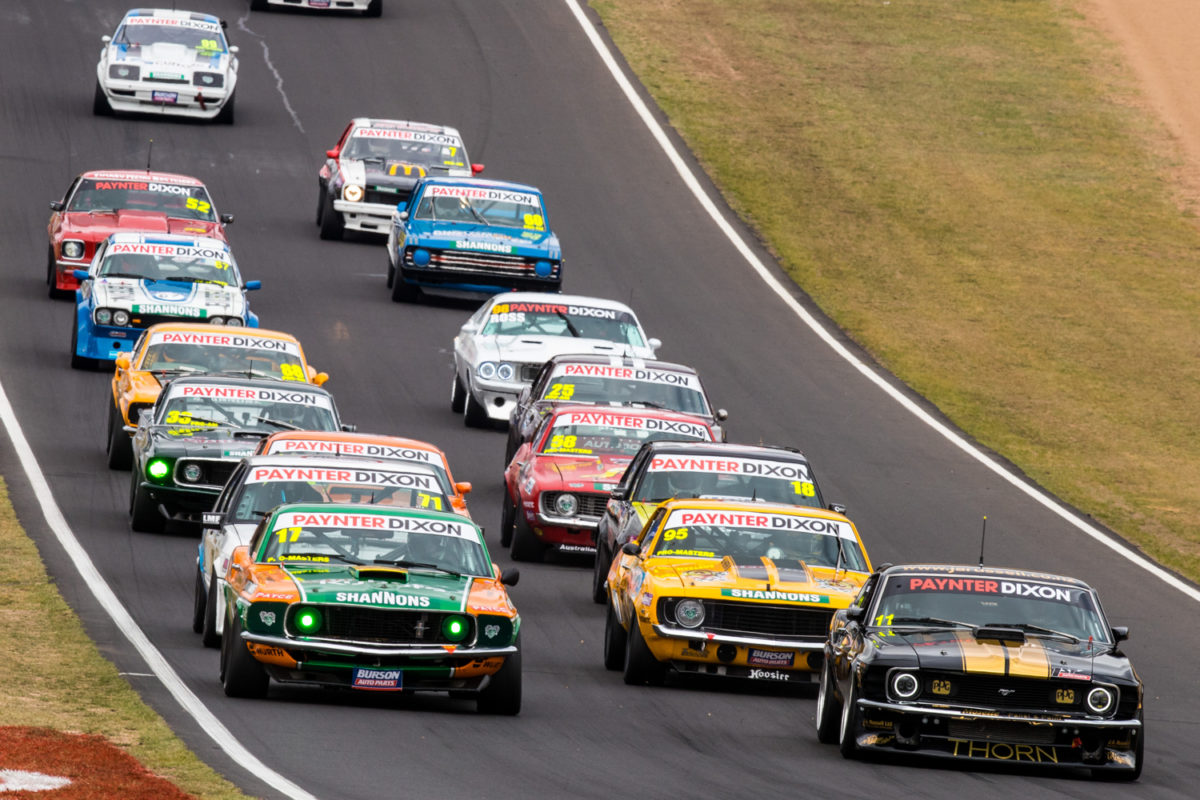 Paynter Dixon Touring Car Masters is set to make an annual event of the highly popular Trans-Tasman Challenge which it held at Bathurst.

Last month’s Bathurst round was bolstered by the addition of 16 cars from across the ditch, which competed under the banner of ‘Touring Car Masters New Zealand’.

While that was not the first time TCM had run such a format, having also done so at the Supercheap Auto Bathurst 1000 in 2016, category manager Tony Hunter says that it will now become a far more regular occurrence.

When asked if a repeat of the Trans-Tasman Challenge is highly likely next year, Hunter, himself a native of New Zealand, told Speedcafe.com, “Yes; at Bathurst.

“Rather than wait, like we did in ’16, for three years, we would like to make a Bathurst meeting of New Zealand-Australia an annual event.

“We’d (also) be working on a reciprocal annual event in New Zealand of Touring Car Masters cars, racing for a common cause.

“Now that may end up as Trans-Tasman events of up to four per year in the future but that’s where we’ll be starting from.

“Definitely, our intention is to provide that type of motorsport in New Zealand and in Australia, particularly trips to Bathurst which, to New Zealand people, is basically the holy grail of motorsport.”

One challenge is the difference in performance levels between the ‘Group 1’ class of New Zealand-based cars, such as the Mustang with which Angus Fogg won three races at Mount Panorama, and those which form the backbone of TCM in Australia.

Hunter says that with visits from the Kiwis becoming a regular event, work is underway to modify TCM’s class structure in order to better incorporate the Group 1 entries.

“We’ll have to spend a lot of time in working towards more common sanctioned regulations,” he explained.

“What will happen is, the TCM regulations are here, and there’ll be other annexes of that to cover the New Zealand cars which are a variant from that.

“Then, of course, our goal from there on will be to work towards getting groups – ie we’ve got (existing classes of) ProMasters, ProAm, and ProSport – together.

“First of all, we’ll concentrate on their Group 2 cars, which fit straight into here, and try and get those basically joined, then we’ll look at the top level cars – where they fit and what has to happen – to make the competition more even.”

The move comes after the Bathurst round effectively served as proof of concept for regular Trans Tasman Challenges.

The addition of the Kiwi entries made for a grid of over 40 cars in total, and what Hunter argues was a major spectacle at Mount Panorama.

“The success is way beyond what we anticipated,” he declared.

“By bringing the 16 cars from New Zealand, we were hoping for an enjoyable weekend of reasonable racing; it far exceeded that.

“The quality of the New Zealand cars and teams fitted in perfectly and the spectacle of the racing was beyond my wildest imagination, it’s just fantastic, and from the Australian drivers as well.

“(The New Zealanders) were here so that we could prove that we can entertain people and we can get people up on their feet, we can get a roar out of the grandstands, without blowing fences apart, we can do it.

“All we want to do now is do it better.

“We owe it to the Australian motorsport supporters to do this because people in Australia have been very loyal to TCM from its ground upwards, and it has been a struggle; we owe them to produce this type of sport.

“We’d also like to thank Supercars Australia, particularly Paul Martin, for allowing us the opportunity and assisting us to bringing the New Zealand cars (to Bathurst) for such a successful race meeting.”

The final round of the 2019 TCM season takes place this weekend on the undercard of the Penrite Oil Sandown 500.

The 26-car field is set to take to the Melbourne circuit for practice and qualifying on Friday.