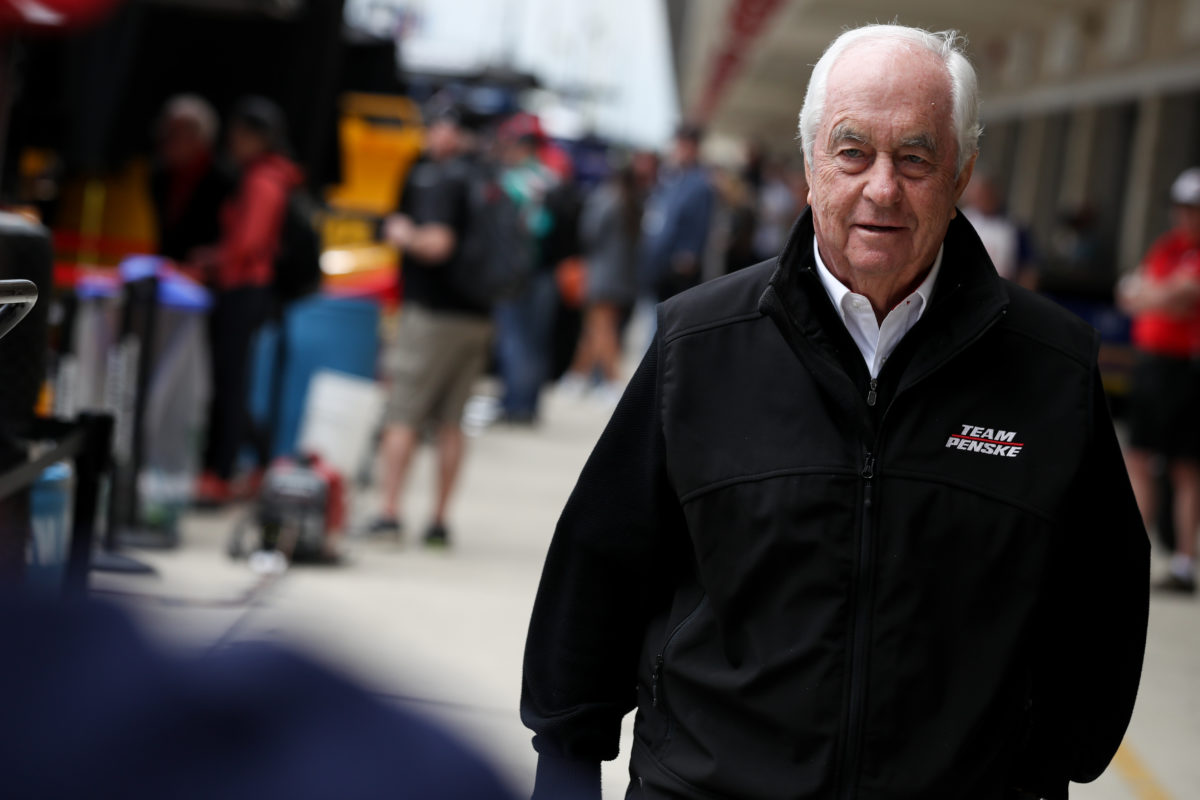 Speedcafe.com owner and founder, Brett ‘Crusher’ Murray, takes a look at Roger Penske’s buyout, and the history, of the Indianapolis Motor Speedway and NTT IndyCar Series. Murray campaigned his own team, Pirtek Team Murray, at the 100th Indianapolis 500 in 2016 and was also on the management team of the Gold Coast IndyCar event for 19 years. 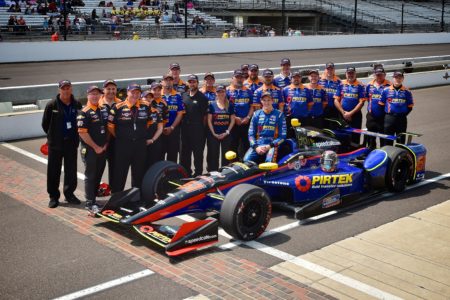 Pirtek Team Murray at the 2016 Indianapolis 500

For several years many people have referred to the Indianapolis Motor Speedway as ‘Roger’s Place’. Come settlement day, sometime in January, it really will be.

After achieving his first of 18 Indy 500 victories to date with Mark Donohue in 1972, and 68 years since he first walked to the IMS with his father, Jay, today Roger Penske announced he was buying the Indianapolis Motor Speedway, and everything that goes with it, through Penske Entertainment.

In a business sense, there will be fewer bigger days in world motorsport than November 4, 2019; the day ‘The Captain’ took charge of one of the biggest ships there is.

For just the fourth time in the 110-year history of the speedway, there will be new owners, or ‘custodians’ as everyone involved in the deal has been keen to express.

History of the Indianapolis Motor Speedway

The speedway itself was opened in the spring of 1909 as the result of a vision from local Indiana entrepreneur Carl G.Fisher (who originally launched the concept as early as November 1906) and the investment of three partners, James Allison, Arthur Newby and Frank Wheeler.

The first Indianapolis 500, held in 1911, was won by Ray Harroun driving a Marmon Wasp in a race that lasted near seven hours.

In 1927 American flying ace Eddie Rickenbacker and a few of his mates bought the speedway for $US700,000.

The speedway fell into almost total disrepair during World War II when the war effort saw the shelving of the race from 1942 to 1945.

It was was on the verge of being converted to a housing estate before local racing hero and three-time winner of the Indy 500, Wilbur Shaw, convinced local businessman Tony Hulman to buy the venue and make him President. The deal was done for $US750,000 on November 14, 1945.

While that might not have been a great return on Rickenbacker’s investment 18 years earlier, as history now shows, it was a great result for world motorsport.

The venue was brought back to life with a major capital injection and the Indy 500 resumed in the following May when George Robson won in front of a packed house.

Under the ownership of the Hulman George family, headed for many years by Tony’s daughter Mari Hulman George, the speedway survived on the success of the annual Indy 500, which traditionally ran for the entire month of May.

The biggest revamp to the venue since the post-war investment came between 1998 and 2000 when the track was revolutionised with the construction of a Formula 1-grade road circuit, and the development of the Pagoda control tower and plaza area.

At the same time, open-wheel racing in the States was eating itself with the ongoing war between CART/Champ Car and the Hulman George-owned Indy Racing League.

While the IRL’s trump card was ownership of the Speedway and the Indy 500, it was given a lifeline when Penske decided to jump ship from Champ Car, a move which many believe was driven by his simple passion for the 500.

Now, Penske not only owns the most successful organisation in world racing, he also has the keys to the speedway, the Indy 500, and effectively the pictorial history of the sport through the assets of IMS Productions. 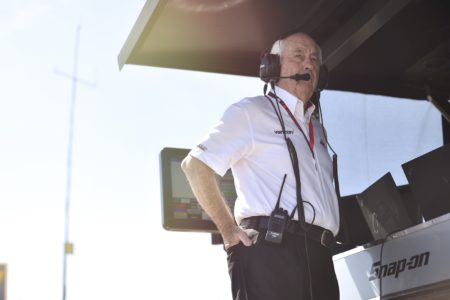 Penske is no stranger to owning major venues

Like everything Penske, the deal was announced with complete ownership.

There was a small pool of people which knew about the transaction and everything was completed behind closed doors and under a cone of silence.

Everyone in the sport, except the decision makers and their legal teams, were slapped in the face with the news a few hours ago.

The deal itself apparently came about after a simple approach from current Speedway Chairman, Tony George Jnr, the grandson of the 1945 purchaser, at the final round of the IndyCar Series at Laguna Seca at the end of September.

The timing of today’s announcement is also interesting considering that George Jnr’s mother, Mari, the matriarch of the family, died one year and one day ago, today.

While there is no reason not to believe the six-week timelines provided, you can be sure that the execution was managed in such a timely manner because of Penske’s ability to get the job done.

A successful businessman, Penske won’t do anything unless the numbers stack up, and while there would have been no shortage of emotion involved in the provision of his final signature, you can be sure the ‘The Captain’ knows it will be profitable.

There is no one in the world better at leverage than Roger Penske, and this acquisition provides more opportunities for exactly that – more than any of us could imagine.

Today’s developments leave a million questions, including what the long-term succession plans are for this new-look show.

While one of the most remarkable and generous men I have had the pleasure of meeting through my 30-plus years in the industry, at 82, Mr Penske is towards the end of his career, not the start.

On day one, he has already talked about capital investment into IMS to make it more fan friendly, and mentioned the development of a possible 24-hour race and even the return of Formula 1.

In a current environment where there is a good vibe about the progress of IndyCar, there also now exists a chance to bring the IMS and IndyCar organisations much closer together and to use the assets of both organisations for the betterment of everyone.

IndyCar has made several positive changes in recent times both on the technical and management sides, but you always got a feeling of an us and them mentality when it comes to the IMS and IndyCar, despite being owned by the same parent body.

The proper use of IMS Productions could be the glue rather than the solvent in this process and give IndyCar a serious new position in world sport in a short amount of time.

Penske is no stranger to major venue ownership having taken over the Michigan Speedway in the 70s and built the California Speedway from scratch to its opening in 1994.

Balancing the business versus the team While all major stakeholders, including the teams, have been publicly supportive of the buyout, complete confidence can only come when Penske proves his ability to balance his ownership position and his ongoing desire to win motor races.

Team Penske employs more than 500 people from its base in Mooresville, North Carolina under the tremendously successful leadership of Tim Cindric.

They operate IndyCar, NASCAR, and IMSA teams from the one base and while Penske has already indicated he will be stepping away from ‘being on the wall’ at races, he still wants to win.

When you look back at the most successful motorsport organisations over the decades, they have all reached their heights under the leadership of strong dictators.

Bernie Ecclestone in F1, the France family in NASCAR, and even Tony Cochrane in Supercars have all provided the leadership for growth and made the most of the environments they were in or created.

Penske is more hands on in his incredible business empire than anyone could imagine, but it is yet to be answered as to where he will sit publicly after this buyout is completed.

Penske Corp is a $US32 billion organisation with a reported 3200 locations and more than 64,000 employees, inclusive of Penske Automotive, and Mr Penske knows the daily workings of every aspect of the empire.

Where he positions himself and, more importantly, who he positions around him will be one of the most interesting developments over the next 12 to 18 months.

From an Australian standpoint, could this provide another opportunity for IndyCar to return to Australia after years of speculation?

How far is Penske Entertainment prepared to spread its wings? Could Supercars, which has been on the open market for some time, be a prospective target?

Penske now has a better understanding of the Australian landscape after his buy-in to Dick Johnson Racing, but just like his move from a one car Supercar team to two, he will only doing something if it makes economic sense.

The one thing I do know is that if the Hulman George family were fixed on selling their motorsport assets, I am glad Roger Penske was the first call they made. 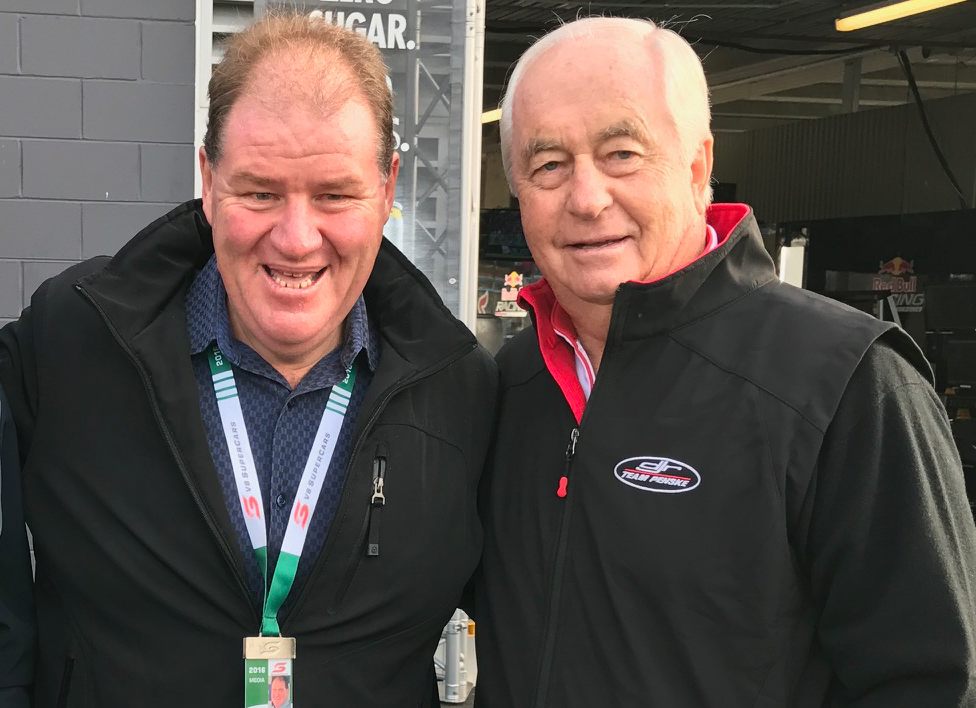