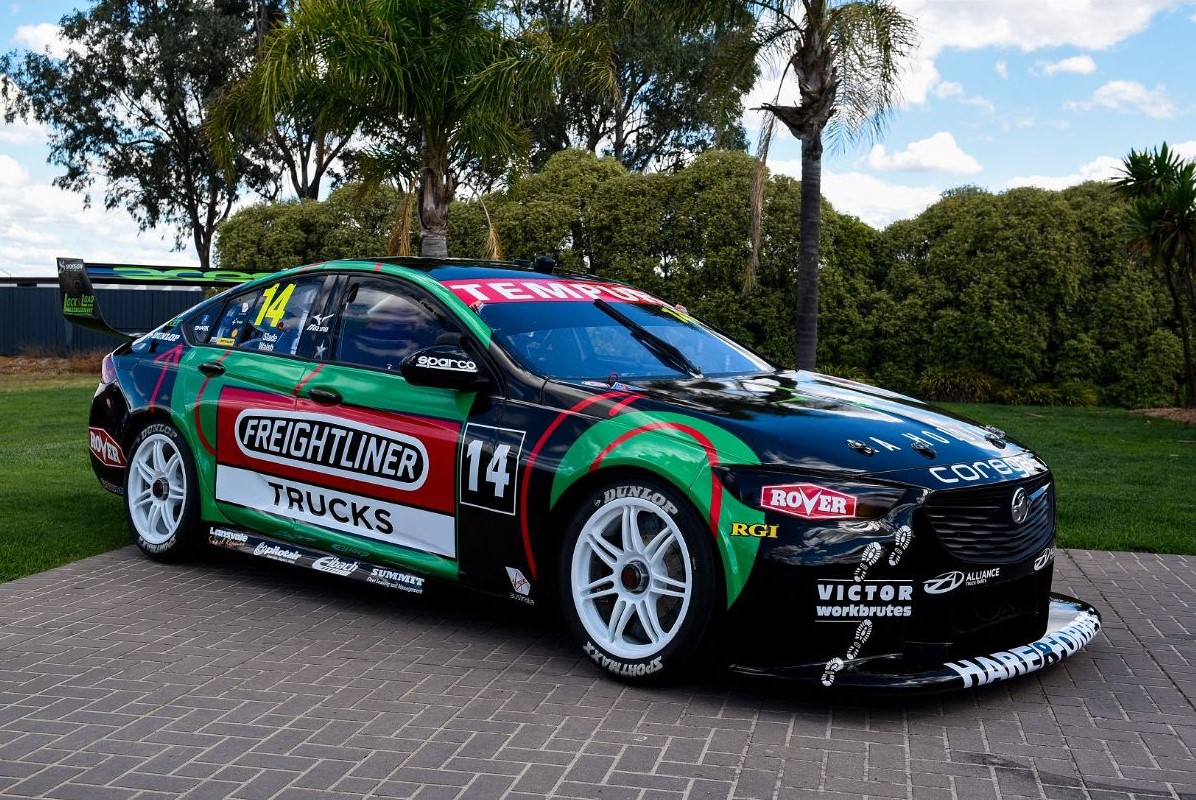 Brad Jones Racing will run two retro OzEmail liveries at Sandown with the Freightliner-backed entry of Tim Slade and Ash Walsh to also pick up the theme.

However, it also campaigned an otherwise matching black Falcon in its early years as a multi-car Supercars operation, and it is that look which has been chosen for the #14 ZB Commodore for retro round at the Penrite Oil Sandown 500.

Brad Jones and John Cleland finished second in the white car in the 2001 Supercheap Auto Bathurst 1000, when BJR was still a single-car team, before Jones and John Bowe claimed third in the black car in the Great Race of 2004.

“John was one of the best teammates I experienced over my years of racing,” said Jones, Freightliner Racing’s co-owner.

“We were fiercely competitive but also great mates which was unusual to be honest.

“I look back at our time together when we raced with these designs with genuine fondness.

“We drove the black car together a couple of times in the enduros and ended up on the podium at Bathurst with this design! Let’s hope it’s a good omen.”

The latest effort marks the fourth time in as many years of the retro round concept that BJR has applied a design from yesteryear on its Freightliner car.

After a generic 1960s-inspired look in 2016, the Albury team opted for Norm Beechey tributes in 2017 and a Bob Jane Monaro sports sedan livery last year.

“It’s really cool to be running these OzEmail liveries at Sandown, they look sick and retro round is always a bit of fun,” said Slade.

“Thanks to Freightliner for giving us this chance to run it.

“I think the fans will really love the black and green and will surely bring back some fun memories for fans.

“It’s been on the podium before back in 2004 so hopefully Ash and I can get it back up there again.”

OzEmail backed BJR for its first five season in Supercars, beginning in 2000, before it was bought by iiNet.

Practice 1 at Sandown starts on Friday at 1035 local time/AEDT.