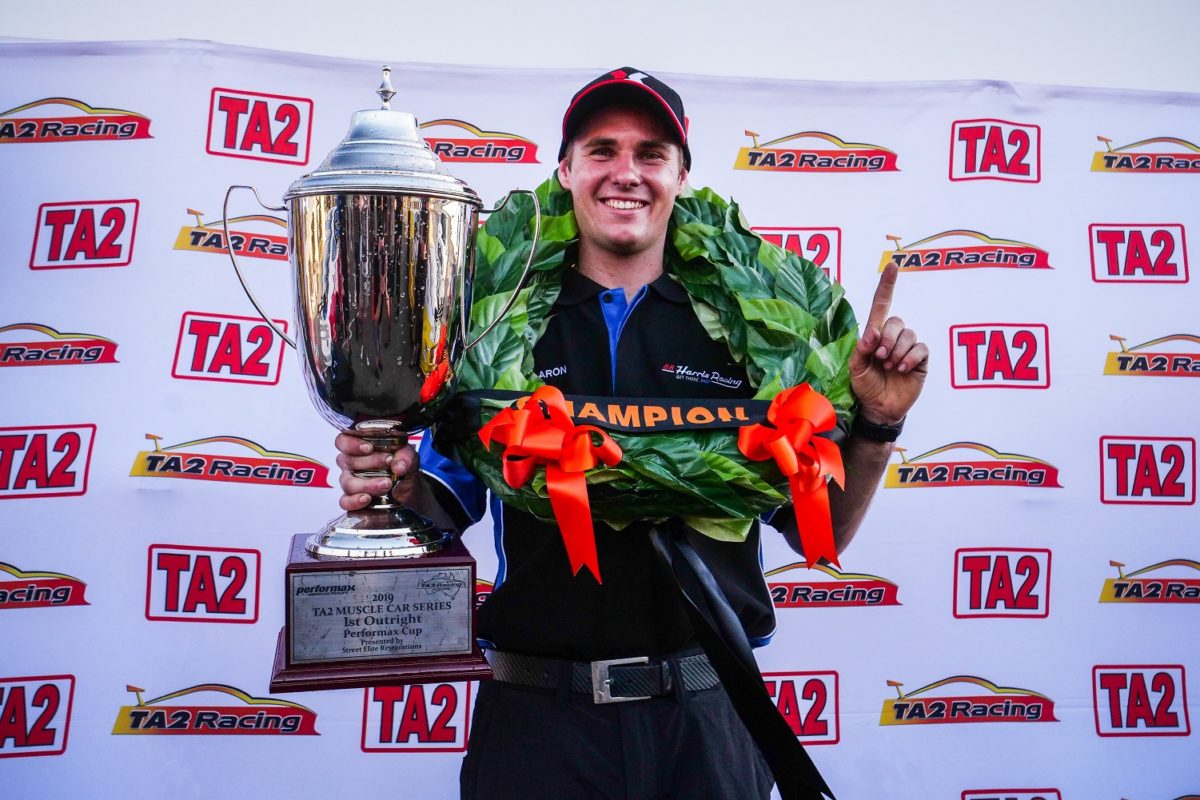 Aaron Seton has come back from a major crash and overnight rebuild to clinch the TA2 Muscle Car Series in the final round at Queensland Raceway.

Seton won the opening race of the weekend but spun at the head of the field exiting the first corner in Race 2 and was piled into by Andrew Miedecke (See video below).

Castrol Harris Racing worked into the small hours of the following morning, with the assistance of other teams, to repair Car #88 and Seton was able to take the start of the postponed race.

He finished second to Nathan Herne in each of the three encounters which took place on the final day of the season, but that was enough for the third-generation driver to win the title.

“It feels so special to be crowned the 2019 TA2 Muscle Car Series champion and to be standing here holding up the Perfomax Cup,” said Seton, who even finished Race 4 with a flat tyre.

“(Saturday) was a crazy rollercoaster ride of emotions.

“It was pretty hard at the time but I’m very lucky to be supported by an incredible team behind me in Castrol Harris Racing and also the whole TA2 community for pitching in to repair the car overnight to get me back out on track today.

“I can’t thank Craig Harris and the Harris Family enough for the opportunity to drive their car this season.

“We’re a small family team and thanks to my Dad Glenn, Chris Topp, Don Dimitriadis, Mick Benton and everyone involved behind the scenes in making this championship come to fruition.”

George Miedecke was the season runner-up, with 2018 series winner Ashley Jarvis third in the standings and Herne fourth.