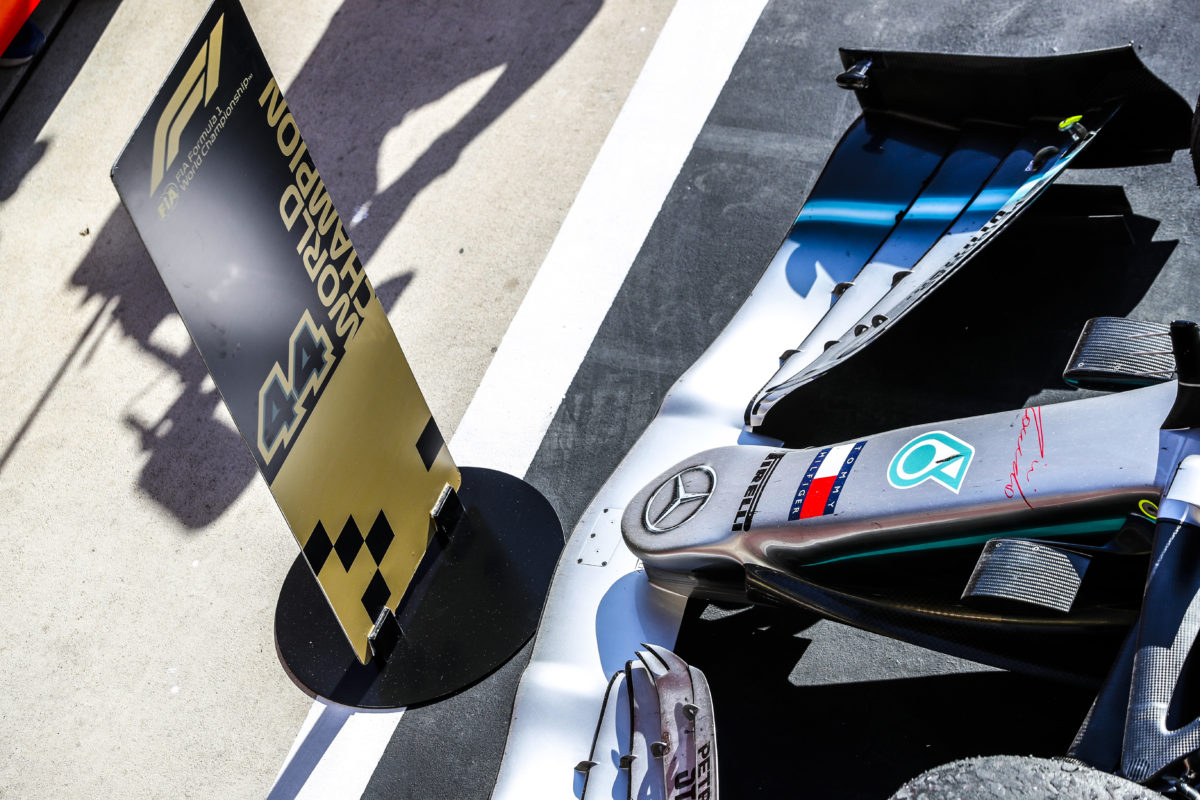 Exactly who is the greatest Formula 1 champion of all time is one of the great pub debates, and in this week’s Pirtek Poll, Speedcafe.com wants to know your pick.

Second in the Formula 1 United States Grand Prix saw Lewis Hamilton mathematically claim his sixth title, and impressive feat that moves him into a clear second behind Michael Schumacher for most world championship wins.

A total of 33 drivers have claimed the world championship in 69 years of competition, the World Championship as we know it having been formed in 1950.

The first was won by Giuseppe Farina at the wheel of an Alfa Romeo, the Italian taking the crown by just three points over Juan Manuel Fangio.

Arguably the sport’s first superstar, Fangio claimed a total of five world championships with three different teams between 1951 and 1957, winning a staggering 24 of his 51 grand prix starts – a wins to starts ratio that is unbeaten to this day.

His tally of wins stood for the better part of a decade before a young Scot named Jim Clark snared 25 wins during the 1960s, taking two world titles to go with it.

A talented driver who starred in anything he raced, winning the British Rally, Indianapolis 500, and countless of other open wheel and saloon car races, Clark was killed in a Formula 2 race in 1968 while at the peak of his powers.

He’d gone wheel to wheel with Jack Brabham, Australia’s first world champion and the only man to have won the world championship in a car bearing his own name (not of his own design, as is often suggested).

Brabham was also the first man to win the world championship in a rear-engined car, driving for Cooper in 1959, and again in 1960.

Towards the end of the 1960s, Jackie Stewart emerged as the sport’s benchmark.

Retiring following the death of team-mate Francois Cevert at the end of the 1973 season, Stewart did so with the incredible record of 99 race starts, 33 wins, and three world championships.

During the 1970s there were characters like Emerson Fittipaldi, who won the title in 1972 and ’74, and James Hunt who claimed a sole championship in 1976.

Niki Lauda twice prevailed, his second title coming the year after a near fatal crash at the Nurburgring that left him permanently disfigured.

He claimed a third crown in 1984 by just half a point over Alain Prost, a driver nicknamed ‘the Professor’ for his calculated approach to the sport.

Prost and Ayrton Senna proved the drawcards of the 1980s at a time when the sport was filled by larger than life personalities.

Their rivalry took the sport to the next level, and while Senna claimed the 1988 season as his own it was actually Prost who scored more points throughout the year.

Senna’s time in Formula 1 marked a turning point in the sport, where it moved from something of a niche endeavour to one broadcast into homes.

His death at the 1994 San Marino Grand Prix was broadcast on live television, a moment which transformed the sport, and Senna’s legacy.

Ready to pick up the mantle was Michael Schumacher, who emerged as the villain in the pantomime battle with Senna’s Williams team-mate, Damon Hill.

Ruthless and blisteringly quick, Schumacher achieved remarkable feats after taking a punt in the mid-1990s to join the underwhelming Ferrari squad.

By the time he retired, for the first time, he’d amassed 91 race wins, 65 pole positions, and seven world championships – five with the Scuderia as he ended a 21 year drought that stemmed back to Jody Scheckter’s triumph in 1979.

But no sooner had Schumacher hung up his helmet did the next star emerge, with Lewis Hamilton and Sebastian Vettel heralding the arrival of a new generation.

Vettel won four on the trot with Red Bull from 2010 but it’s been the remarkable partnership between Hamilton and Mercedes that has seen almost every previous record fall.

In an era when cars are more evenly matched than ever, Hamilton has amassed 83 race wins and six world crowns. He also has 87 pole positions to his name, putting him well clear of Schumacher in second, and the accepted king of the single lap, Senna.

But of all the drivers who’ve hoisted the World Drivers’ Championship trophy over the last seven decades, who do you believe is the best?

Does his achievements in the modern era put Hamilton’s accomplishments ahead of pioneers like Fangio? Or does the mantle go to John Surtees, the only many to have ever won world titles on two and four wheels? Perhaps it’s the all-round ability of Clark, whose career was cut short?

Cast your vote in this week’s Pirtek Poll for the driver you feel is Formula 1’s greatest champion.