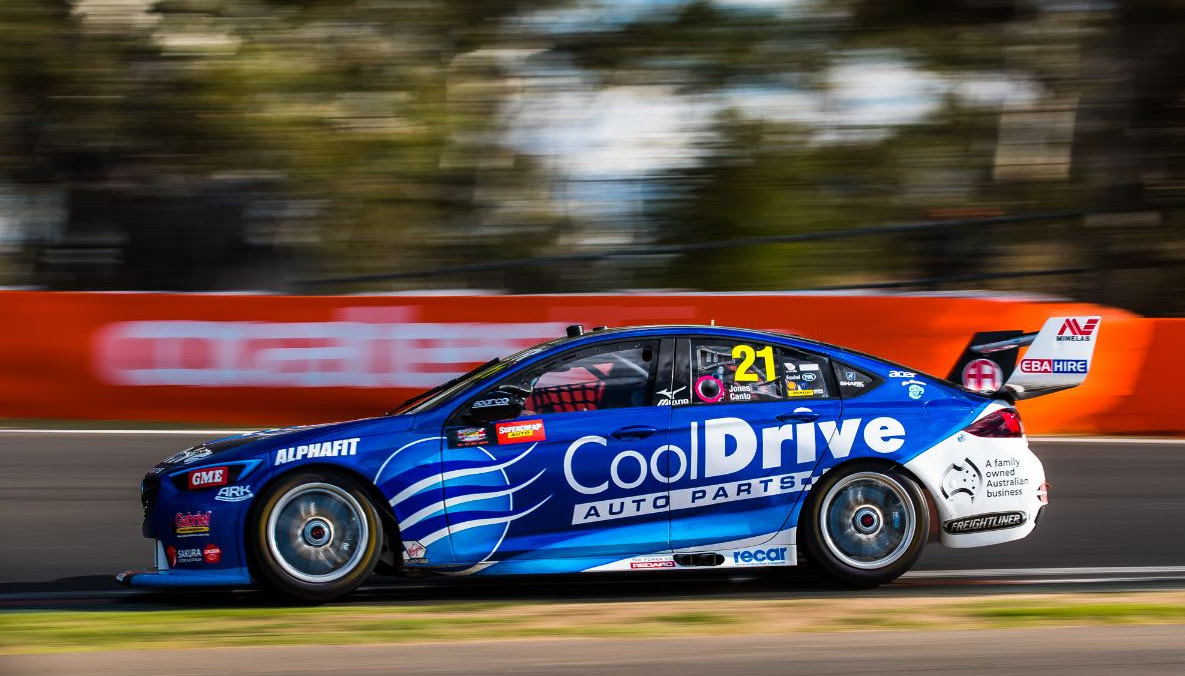 Macauley Jones and Team CoolDrive will do battle in 2020

The squad has confirmed it has re-signed the rookie for 2020 and will continue to operate its Racing Entitlements Contract out of the Brad Jones Racing, extending the relationship with the Albury outfit into a fifth season.

Jones, the son of former driver and now team owner Brad Jones, has endured a rough debut season in the top tier with Team CoolDrive that has been hampered by a number unfortunate incidents.

However, the 25-year-old scored his best result of 15th last time out at the Vodafone Gold Coast 600.

“I’m very excited to be partnering with CoolDrive and the Blanchard family once again,” said Jones.

“Over the past year I’ve learned a lot and it’s crucial to have that second season to be able to implement everything and be a bit more on the front foot.

“I’m very thankful to CoolDrive for this opportunity and helping me get to where I am. I’m really looking forward to the year ahead.”

Team CoolDrive owner Tim Blanchard is keen to see Jones take the next step forward with the team next year.

“We’re thrilled to continue our partnership with BJR and Macauley who comes off the back of his rookie season as a full-time driver in Supercars,” said Blanchard ahead of the team’s Sandown 500 retro livery reveal tomorrow.

“Macca along with Brad have been great ambassadors for the CoolDrive brand.

“We pride ourselves on being a family business and establishing long term relationships and the alignment between CoolDrive and BJRs values and culture is what makes it work.

“We recognise and understand how difficult this series is and after supporting Macca this year, which hasn’t always been easy for him, we’re keen to continue in 2020 while he applies everything he has learnt thus far.

“It’s all part of the challenge and a consistent approach will hopefully reap benefits for the team. Everyone at Team CoolDrive is eager to get into next year and take that next step forward.”

Confirmation Jones and Team CoolDrive will continue into 2020 is the latest piece in the make up of next year’s grid.

BJR is yet to officially announce its full 2020 plans although it is expected the squad will expand to four cars with Super2 driver Jack Smith set to graduate to the top tier following the purchase of a REC previously owned by Jason Bright.

Current BJR driver Tim Slade is out of contract at the end of the season with his seat potentially vacant with the South Australian having been linked to a move to Matt Stone Racing.

The latter has also been associated with a move to the expanded two car MSR operation.

Meanwhile, Walkinshaw Andretti United is yet to reveal its plans although the two car team is likely to be headed up by Chaz Mostert.

Team 18 is still to announce the identity of the driver for its new second entry with Scott Pye heavily tipped to take that drive.

The new Sydney operation also has a vacancy for 2020 with that seat having been linked to several candidates including Will Brown.