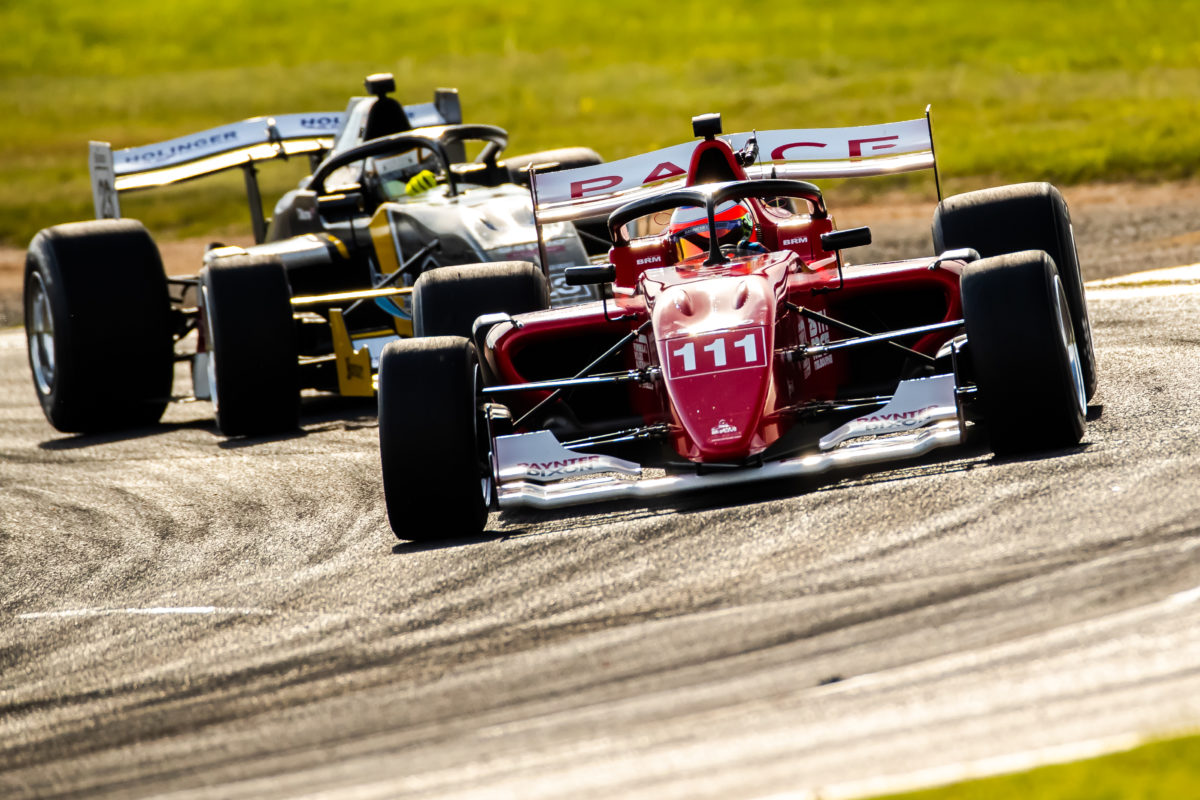 De Pasquale is slated to pilot the Team BRM prepared chassis raced by ex-Formula 1 star Rubens Barrichello at S5000’s inaugural round at Sandown in September.

The 24-year-old has carved a name for himself in Supercars in recent seasons progressing from Super2 to the top tier last year, and has scored breakthrough podium finishes this year for Penrite Racing.

However, De Pasquale is more than capable in single seaters, having won the 2013 Australian Formula Ford Championship before heading to Europe where he lifted the 2014 Formula Renault 1.6 NEC Championship.

Racing a 560 horsepower V8 powered S5000 will be a new proposition for De Pasquale but one the young gun is eagerly anticipating on the November 15-17 weekend.

“I was at Sandown for the S5000 debut and as soon as they hit the track, everyone that was there ran to the fence,” said De Pasquale.

“I’ve done a bit of open wheel stuff before, so it will be cool to get back into those types of cars with big horsepower and lots of downforce.

“I’ve been doing a lot of racing in recent weeks, but if I had my way, I’d race every day of the year. It’s the best part of the job, so anytime I can race something, I’m definitely interested.

“The S5000s are fast cars and have that distinctive V8 sound, and that is what we like to hear. Noise is the appeal of motor racing. I was jealous watching from the sidelines, but now it’s cool to be involved.

“The Bend is a fast flowing circuit. It’s got a great surface, so that style of circuit will suit an aero-style car. I’ve had success there in Supercars too, so I’m sure these cars won’t disappoint.”

De Pasquale will be joined on the S5000 grid by his Penrite Racing Pirtek Enduro Cup co-driver Will Brown.

Brown contested the opening round for Eggleston Motorsport at Sandown with the newly crowned TCR Australia Series winner set for double duty at The Bend by racing a HMO Customer Racing Hyundai TCR machine.

“It’s very exciting to jump back in S5000. What a showcase of an event it was at Sandown – easily the biggest Shannons National that has ever been held,” said Brown.

“The crowd was awesome and they really got around the new S5000 class. I hope that we can see lots of people from South Australia come and check it out at The Bend.

“I certainly feel a lot more comfortable in the car. I was behind the ball in terms of testing laps going into Sandown, but with a full race meeting under my belt, I reckon we will be able to hit the ground running.

“It’s going to be exciting to race against my main driver Anton. We’ve been sharing a car for the last few rounds, so it will be cool to race separate cars in the same race. I reckon it’s going to be game on.”

The pair are not the only Supercars drivers on the grid with Garry Rogers Motorsport’s James Golding set to return to S5000 action after winning the maiden feature race at Sandown.