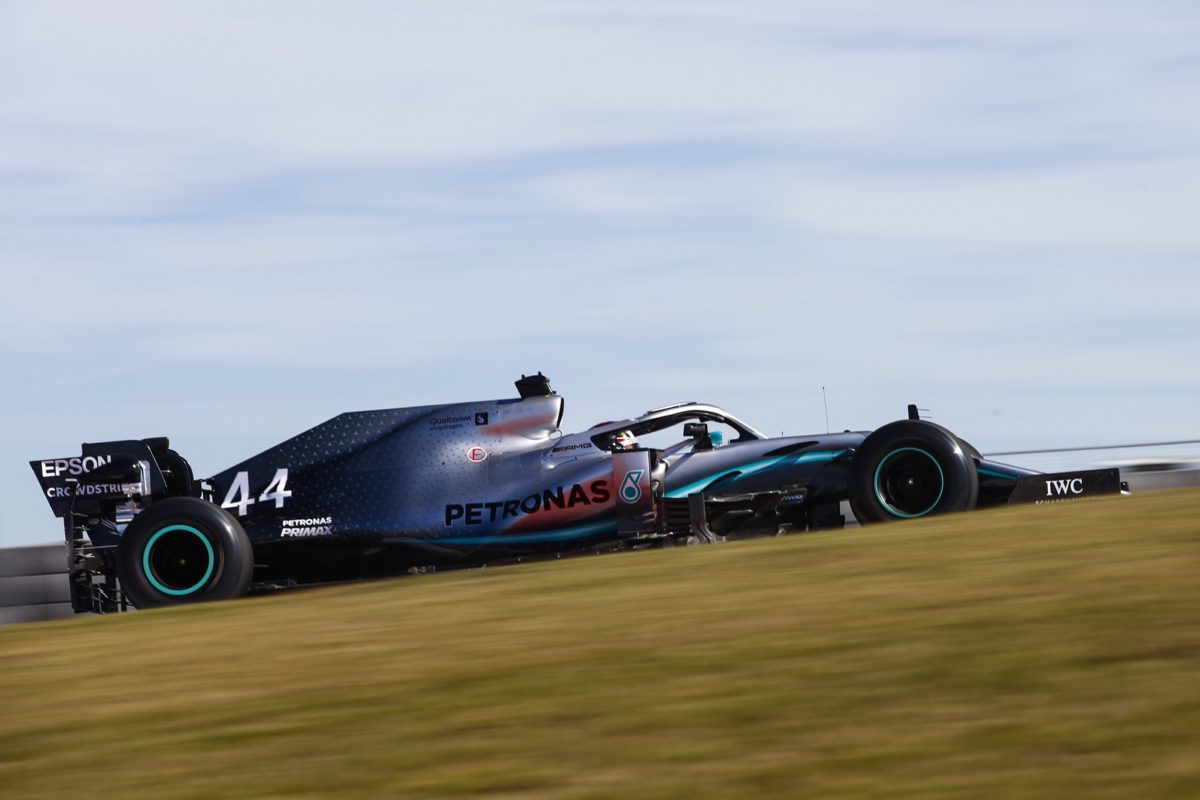 Lewis Hamilton ended the opening day’s running at the Circuit of the Americas fastest ahead of this weekend’s Formula 1 United States Grand Prix.

The Mercedes driver banked a 1:33.232 to finish the day’s second 90-minute session a third of a second clear of second fastest Charles Leclerc.

Leclerc had set the pace in the opening stages of the second session courtesy of a 1:34.434s lap on the medium compound tyres.

That stood until Hamilton switched to softs to record his fastest time, and came courtesy of a significant tow from Robert Kubica down the back straight.

It saw the Mercedes driver reverse a third of a second deficit in the first sector into an advantage by the second, ending the lap 0.3s clear.

A lose from Romain Grosjean saw the Haas driver leave the road in the Esses, tagging the wall and ending his session.

The Frenchman lost control at Turn 5 to draw the red flag with just four laps to his name in the session.

There was a spin too for Vettel, the German’s at exit of Turn 13 on hard tyres with about 15 minutes to go.

Exiting the corner, Vettel lost the rear end as he applied the throttle sending him for a touring of the scenery before he continued.

Shortly after there was an excursion for Daniil Kvyat too, though likewise the Toro Rosso was able to carry on.

Bumps through the Esses proved a hot topic, especially at Turn 9 – the left hander which ends the sinuous sequence that starts the lap.

It proved enough of a concern for Ferrari to instruct Leclerc to shift gears earlier in an effort to preserve the transmission and gearbox of his car.

It was also where Daniel Ricciardo ran wide on his best lap, recording the 11th fastest time with a 1:34.924, almost 1.7 seconds slower than Hamilton.

In the day’s earlier session, Vertappen was fastest from Vettel and Albon, with Pierre Gasly a surprising fourth for Toro Rosso.

Ricciardo ended the session fifth ahead of Grosjean, Leclerc was seventh one spot up from Hamilton.

Rounding out the 1o were Lance Stroll and Kevin Magnussen while Bottas was just 17th, the Finn’s result courtesy of a session spent on development tyres, and a long stint on softs.

Practice for Sunday’s race continues at 0500 AEDT on Sunday morning ahead of qualifying at 0800.