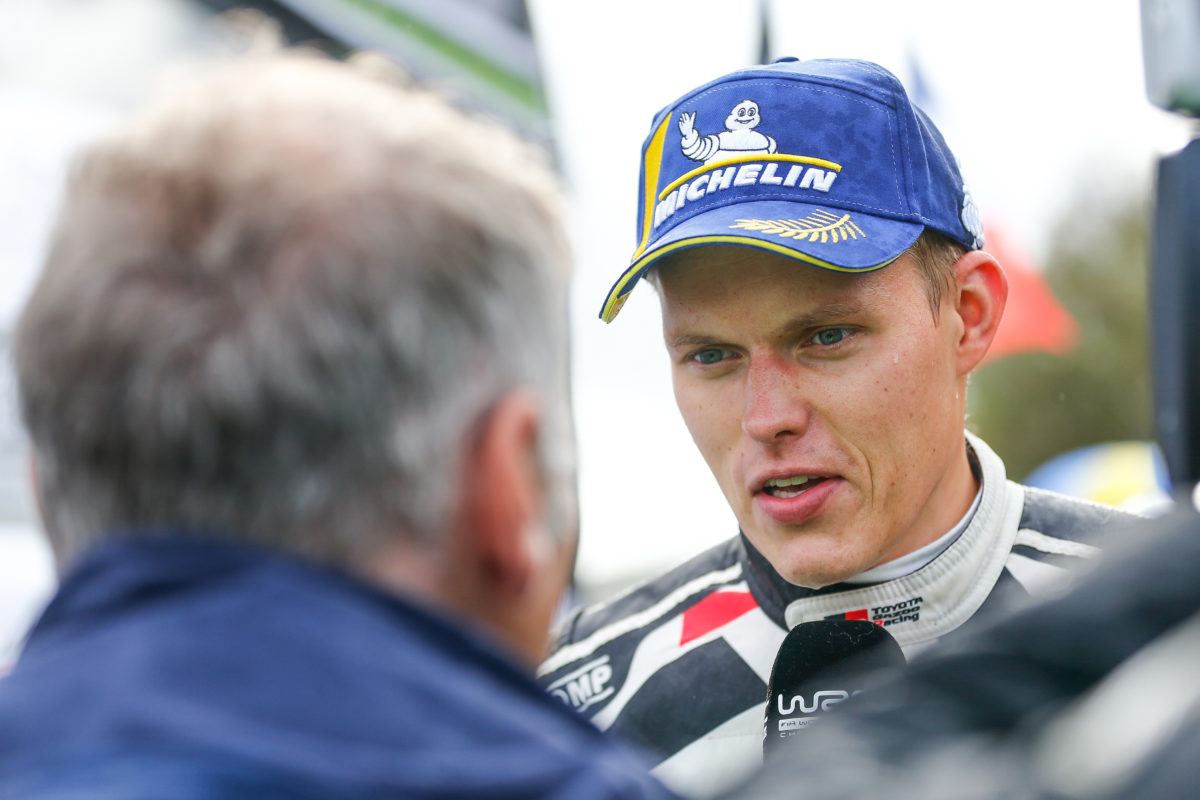 Newly crowned World Rally Champion Ott Tanak is set to leave Toyota in favour of a berth at Hyundai from next season.

The Estonian wrapped up his maiden WRC title at the Rally of Spain after finishing second to title rival Thierry Neuville.

A move to Hyundai next season will see him join Neuville, with the team also fielding entries for Dani Sordo and Sebastien Loeb.

“I am really excited to join Hyundai Motorsport from the 2020 WRC season,” said Tanak.

“The vision that Andrea (Adamo, Hyundai Motorsport team boss) has set out is very promising and matches my own ambitions for the future.

“It’s a big honour for me to have the opportunity to join the team at this exciting stage of our respective careers.

“I have big respect for what Hyundai has accomplished; we’ve been fighting closely against each other for a number of seasons.

“They have always had a competitive team and car, so now it will be interesting to see things from the other side.

“The driver line-up is good and I am looking forward to seeing what we can achieve together over the coming years.”

Tanak will join the Korean manufacturer on a two-year deal, having spent the last two in the Tommi Makinen run Toyota squad.

“Signing a two-year deal with Ott Tanak is a demonstration of Hyundai’s continued commitment and ambitions in the World Rally Championship,” explained Adamo.

“We are involved in a very close fight for the title this season, and bringing Ott and Martin (Jarveoja, co-driver) into the team from 2020 will enable us to continue to be at the forefront for the coming years.

“He is an exceptional talent, as we have all seen, impressively quick and consistent on all terrains and he will be a real asset to Hyundai Motorsport.

“With his announcement, we have four crews confirmed for the 2020 season; Thierry and Ott will contest all 14 rounds on the calendar in their own Hyundai i20 Coupe WRC, with Dani and Sebastien sharing a third car.

“It is a potent and inspiring crew line-up, which will set a high benchmark to which the entire team will aspire.

“We also remain in conversation with Andreas (Mikkelsen) and Craig (Breen) to see how we might be able to collaborate in WRC next season.”

The World Rally Championship reaches its conclusion at Rally Australia on Coffs Harbour on November 14-17.