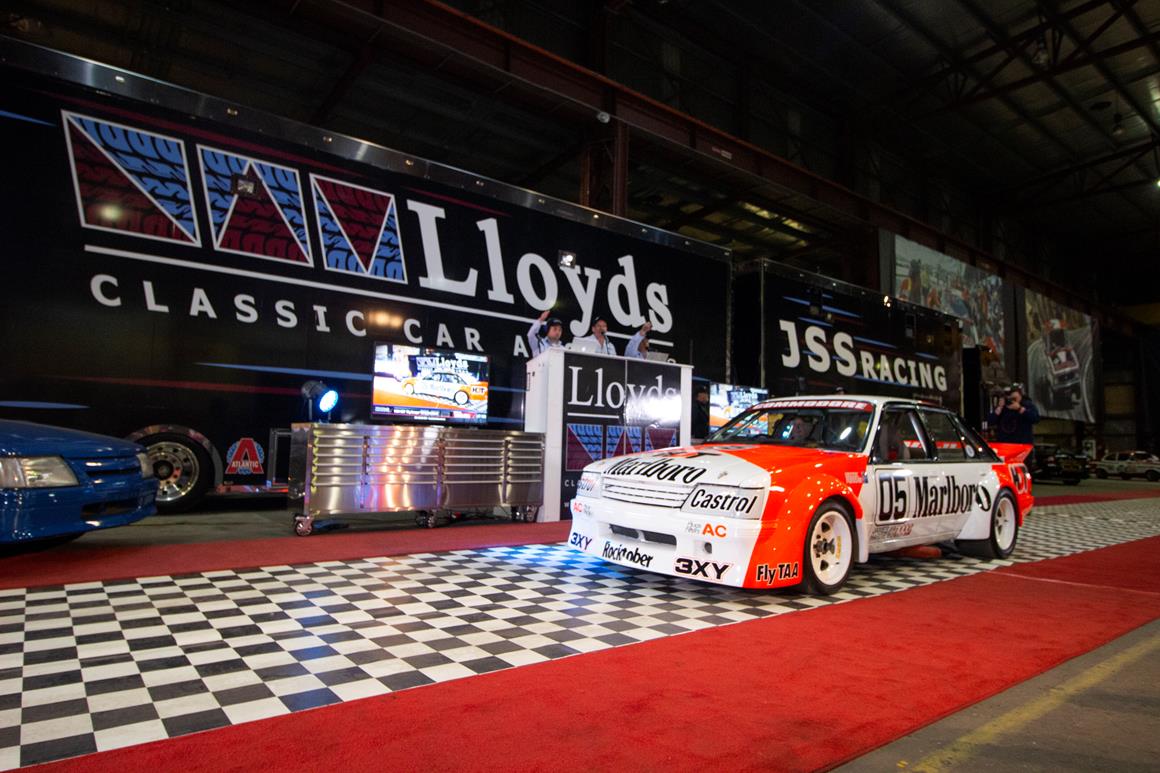 Speedcafe.com has continued its 10th anniversary celebrations with the signing of a new Platinum Partnership with Lloyds Auctioneers and Valuers.

For more than 15 years, Lloyds Auctions has developed into one of Australia’s premier auctioneering and valuation firms, employing more than 100 full-time staff through its 11 dedicated auction facilities throughout Australia.

Lloyds Classic Car Division has become a specialist in the auctioning of racing cars and bikes as well as Australian and US muscle cars and European luxury and hosted an auction of the world’s biggest Peter Brock car collection at Bathurst last year.

Lloyds has been involved with the Supercars Championship in recent years through sponsorships with Team 18 and Walkinshaw Andretti United (WAU), and has previously been a casual advertiser with Speedcafe.com for some of its major auctions.

This week Lloyds hit the ground running, selling at auction the #22 WAU Commodore of James Courtney and Jack Perkins which finished third in the recent Supercheap Auto Bathurst 1000.

“We have successfully worked with Speedcafe.com on a casual basis in the past and to become a full-time Platinum Partner made complete sense to us,” said Brett Mudie, Chief Marketing Officer for Lloyds Auctions.

“While our car side of the business is well known to Speedcafe.com’s core audience, we believe they will also be attracted to other areas of our business that includes all types of plant, equipment and machinery as well as boutique items like fine art and jewellery.

“We look forward to Speedcafe.com readers, and there are plenty of them, finding their dream car through one of our monthly Classic Car Auctions.”

“Both Lloyds Auctions and Speedcafe.com have experienced tremendous growth in the last 10 years and together we believe we can create a lot of interest and experiences that will be remembered by everyone involved in years to come.”

Lloyds provides a comprehensive auction and valuation service and has partnerships with a large number of corporate entities, including many of Australia’s leading banks and financiers (asset rationalisation), forensic accountants (corporate recovery and insolvency), legal professionals (reports and arbitration), insurance and loss adjusters (asset rationalisation) and private clients.

Lloyds is also an endorsed auctioneer and valuer for state, Commonwealth and local government departments and was the auctioneer for the sale of all assets following the 2018 Commonwealth Games.

“Lloyds are well known to a lot of our audience through their classic car and motorsport auctions and have created an enviable position in the marketplace,” said Murray.

“They have successfully auctioned Scott Pye’s Chassis #24, and #22 Holden of James Courtney with a program that we are sure will become popular with Australian and international fans.”

“We are already working on concepts together with Lloyds which will be fantastic for the entire motorsport community and which we will both be proud to be a part of.”

For more information on Lloyds Auctioneers and Valuers or view all current auctions please visit lloydsauctions.com.au.