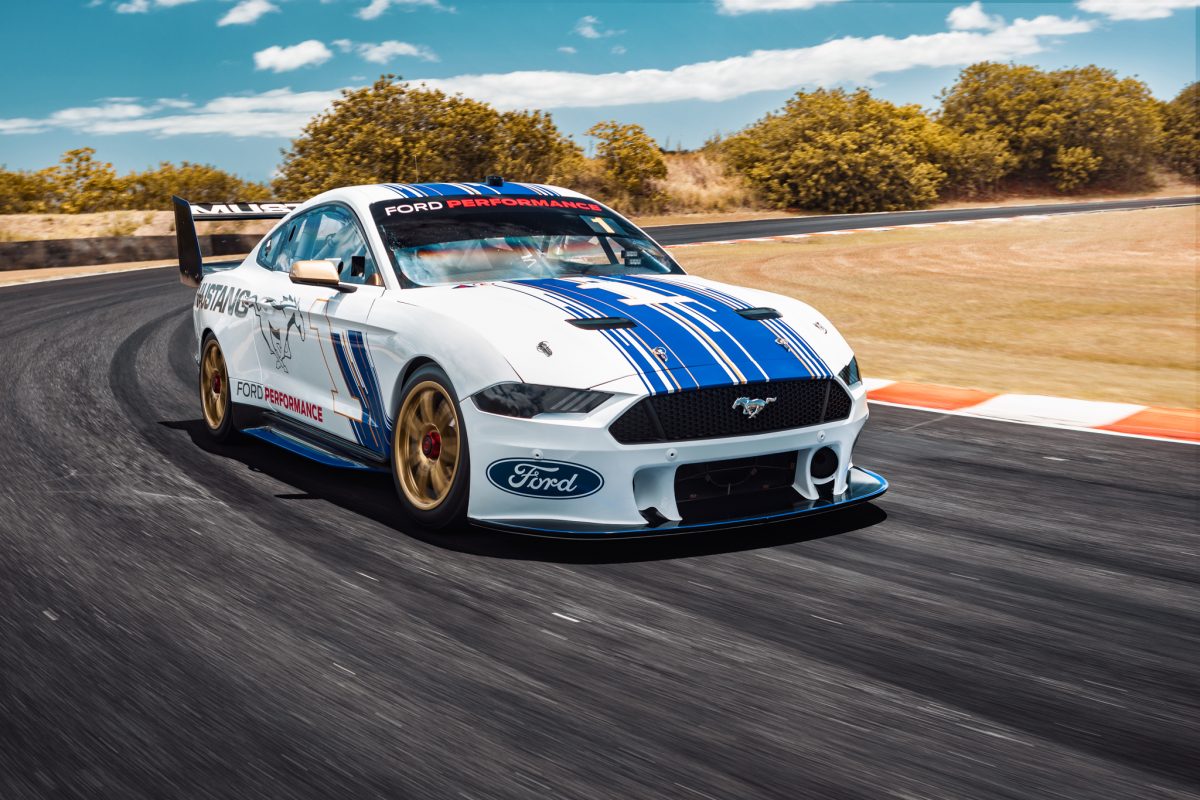 Kelly Racing is relishing the support and technical expertise it has received from Ford as the squad ramps up preparations for its switch for Mustangs for 2020.

The Braeside squad is gearing up for a sizeable shift next season having agreed to scale down from four to two entries, replacing its ageing Nissan Altimas with a pair of Mustangs for Rick Kelly and recently confirmed Andre Heimgartner.

To be able to facilitate the change, the squad has inked a partnership with Ford and Ford Performance which is already beginning to bear fruit.

The relationship will see the blue oval offer technical assistance with its in-house engine program, and in some cases parts, to help the squad make the transition.

Engines will be a key part of the Kelly Racing’s switch having developed its current Nissan V8 engine since 2012.

It has already started the process by acquiring a Stone Brothers Racing Ford engine to understand some of the changes it will need to make. Meanwhile, the squad is talking to several suppliers to secure panels for its cars.

Given the huge task ahead to ready itself for 2020, team owner Todd Kelly has been buoyed by the help already received from Ford.

“It’s amazing how welcoming the whole Ford family have been,” Kelly told Speedcafe.com.

“They’ve made a big effort to welcome us across.

“It’s been great to see the engagement they’ve got right through their company towards motor sport, it is a really good situation to have. It’s easy to see now the effect it has on the results.

“There’s a lot of people over there that know what they’re doing with the cylinder head in particular, which is probably our biggest  task, but not specific to us.

“We’ve been in contact with a lot of people over in the States and (are) collaborating with a few of them at the moment to try and achieve what we need to in such a tight time frame.

“It’s worked out quite well. “We’re doing 99 percent of it in house with a little bit of help from the States.

“We’re up for a pretty big job to achieve what we need to roll out in the lane next year with two Mustangs.

“We probably won’t have our own spec engine actually fire its first shot until after Christmas and New Year based on when all the parts will arrive, so there’s a lot to do and not much time.”

Rushbrook is pleased to welcome a new team to the Ford family and confirmed that his organisation will be happy to help Kelly Racing get up to speed with its preparations for next season.

“We’re a family company and that’s how we like to go racing as well,” Rushbrook told Speedcafe.com.

“Expanding the presence here with a great team and the right family is important. We are happy to welcome them into the family.

“We’ve been able to engage with them technically to help guide what they need to do for transition.

“It’s a short time frame to make a lot of changes.

“Like I said they’ve got great people and great talent. They’ve done a lot on their own already with what they’re racing today and what they’re planning for next year. We’re just happy to help.”

The first of Kelly Racing’s new Ford Mustangs is not expected to break cover until early next year.