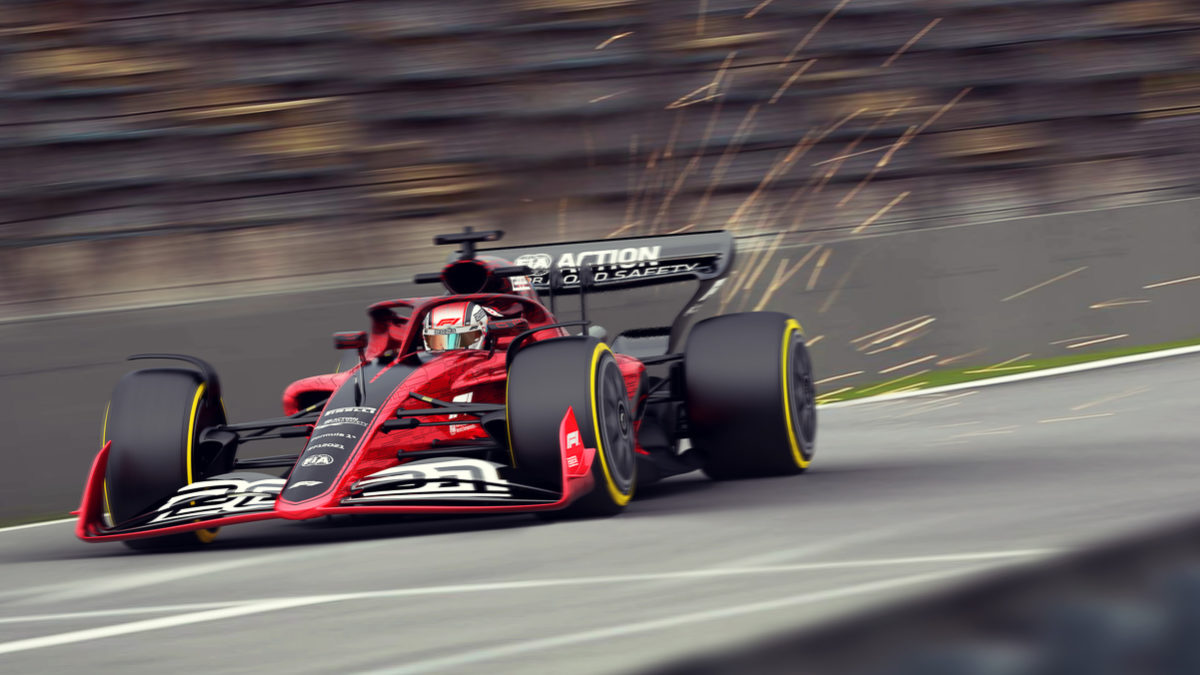 Formula 1 has released details of the technical, sporting, and financial regulations that are set to be introduced into the sport for 2021.

The sport from 2021 will see cars retain the current hybrid turbos, with more standardised parts on a car that will weigh 15 kilograms more (768kg) and feature ground effect.

It will also feature Financial Regulations for the first time in the sport’s history, with a US$175million (approximately AUD $250 million) cost cap to be put in place.

The subject of intense debate within the paddock, the deadline for finalisation of the regulations was pushed back until the end of October as teams struggled to reach agreement.

While fundamentally all agreed with the principles intended as part of the change, which is to create closer competition and a more robust business underscoring it, specifics around how that will be achieved differed.

However, with the October deadline having now passed the sport has largely finalised the regulations detailing what the sport will look like going forward.

“The new rules have emerged from a detailed two year process of examining technical, sporting, and financial issues in order to develop a package of regulations,” said F1 CEO Chase Carey.

“We made many changes during the process as we received input by the teams and other stakeholders and we firmly believe we achieved the goals we had set out to deliver.

“These regulations are an important and major step, however, this is an ongoing process and we will continue to improve these regulations and take further steps to enable our sport to grow and achieve its full potential.”

FIA President Jean Todt added: “The 2021 regulations have been a truly collaborative effort, and I believe this to be a great achievement.

“A crucial element for the FIA moving forward will be the environmental considerations – Formula 1 already has the most efficient engines in the world, and we will continue to work on new technologies and fuels to push these boundaries further.

“What the FIA publishes today is the best framework we could possibly have to benefit competitors and stakeholders, while ensuring an exciting future for our sport.”

Visually, cars are set to evolve for a number of reasons, both commercial and technical, with a more ‘aggressive’ appearance a deliberate ploy to make the sport more attractive to a younger audience.

Some changes, however, are technical, with cars to sport longer noses as a result of an increased frontal crash structure.

They will also feature larger wheels and lower profile tyres, otherwise remaining not dissimilar to the current designs.

It’s envisaged that teams will adopt different solutions to the front wing, nose, airbox, sidepods, and rear wing, meaning that while there are less freedoms for designers, each team should still be able to create a unique solution.

Taller drivers will benefit from an increased cockpit area, a change made with the intention to not penalise them versus their more diminutive rivals.

Under the skin there are also changes, with more restrictions on what can be done in regards to gearbox development, a key component in the cost saving initiatives the sport is implementing.

There will also be a tightening on some of the more exotic materials used by the sport, and simplified suspension with a banning of hydraulic suspension systems.

However, the most significant change is the introduction of Financial Regulations, which will see a cost cap of USD $175million introduced for 2021.

Though there is a list of exceptions to what that covers, the salaries of drivers and a team’s top three staff for instance, it’s an effort to level the playing field between the haves and the have-nots.

While those figures include sums that will not fall within the cost cap, it marks a watershed moment in the sport which has never previously seen financial regulation.

Attempts to introduce a budget cap have previous failed, while the Resource Restriction was a ‘gentleman’s agreement’ and carried no enforceable penalty for breaching it.

Under the new system, which will be rolled out in 2020 as part of a dry run ahead of 2021, there will be both financial and sporting penalties available should a team be found to have broken the rules.

Race weekends will also be shortened from four days to three, though in reality this means little since the Thursday of events currently has no track activity (with the exception of the unique Monaco format) and is used for media.

Though there was a push to ban them, tyre blankets will remain until at least 2022, and standardised brakes will not be introduced until 2023.

As previously reported, qualifying races were scrapped after failing to achieve the required unanimity among teams when voted upon last month.

Formula 1 this weekend visits the Circuit of the Americas for the United States Grand Prix, with opening practice set to commence at 0300 AEDT on Saturday.