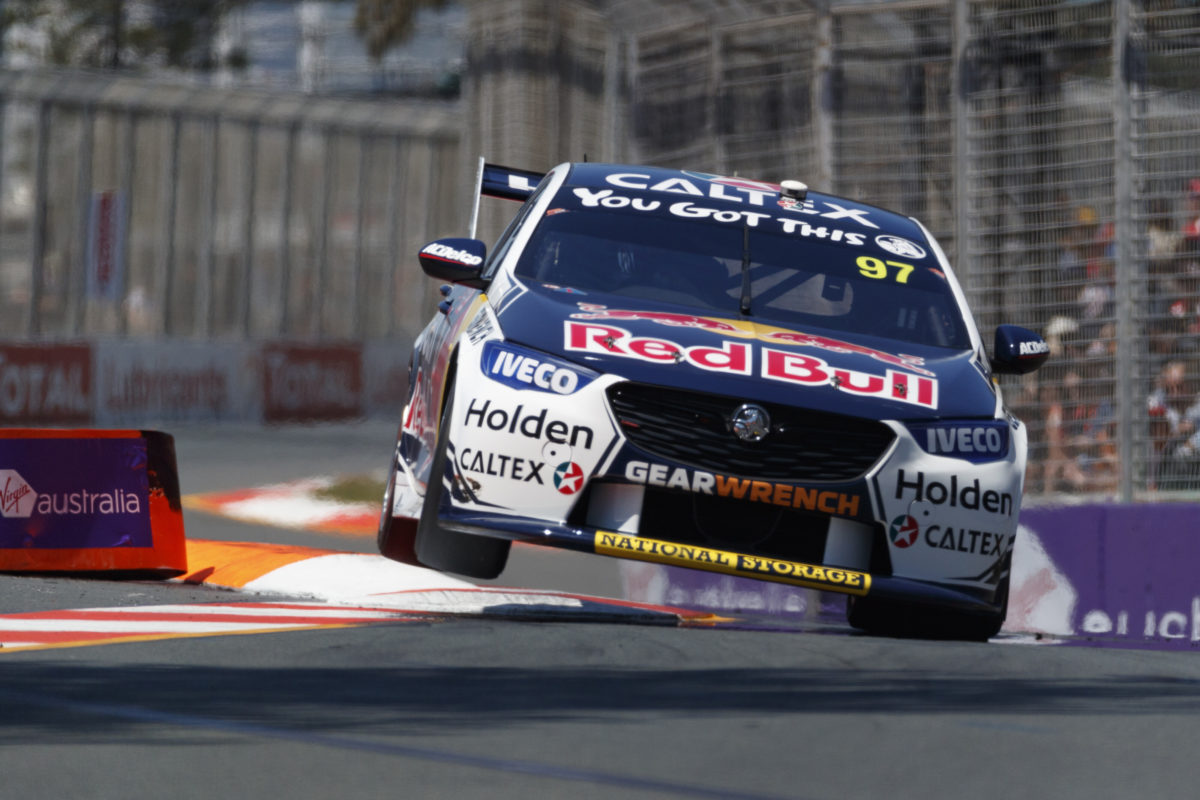 The Red Bull Holden Racing Team’s Gold Coast double one-two has it in a strong position to win this year’s Pirtek Enduro Cup with either of its entries.

Jamie Whincup/Craig Lowndes led Shane van Gisbergen/Garth Tander home in Race 26 of the Virgin Australia Supercars Championship in Surfers Paradise, with the quinella reversed in Race 27 on the following day.

Those results have not only seen Triple Eight Race Engineering close the gap to Shell V-Power Racing Team at the top of the teams’ championship, but also put the Banyo squad’s cars first and second in the Pirtek Enduro Cup standings.

The #97 entry of van Gisbergen/Tander has finished first or second in each race of the Pirtek Enduro Cup thus far and holds 564 points through the Supercheap Auto Bathurst 1000 and Vodafone Gold Coast 600.

Whincup/Lowndes were fourth at Mount Panorama and sit 36 points back, while Great Race winners Scott McLaughlin/Alexandre Premat are third in the #17 DJR Team Penske entry despite missing Sunday’s race on the glitter strip due to the championship leader’s frightening crash in Armor All Qualifying.

The Ford duo are 135 points off the lead of the series within a series, but a quirk in the format of this year’s Penrite Oil Sandown 500, which closes out the Pirtek Enduro Cup makes for a more complicated scenario to establish a winner.

This year’s qualifying heats for the heritage 500km enduro are official races with championship points on the line; 50 each for Races 28 and 29 (60km sprints) and 250 for the 161-lapper on Sunday week.

One scenario in which a Triple Eight entry would win the Pirtek Enduro Cup is if Car #97 finishes no worse than seventh in each of the three races in Melbourne.

In the unlikely event that both Triple Eight entries do suffer significant setbacks, the two Walkinshaw Andretti United combinations are within a dozen points of McLaughlin/Premat and could therefore also become a factor.

Triple Eight has won the Pirtek Enduro Cup in four years out of the six in which it has been contested to 2018.

All of its current drivers have been among those to take the title, although Tander did so with WAU (then the Holden Racing Team) in 2015.