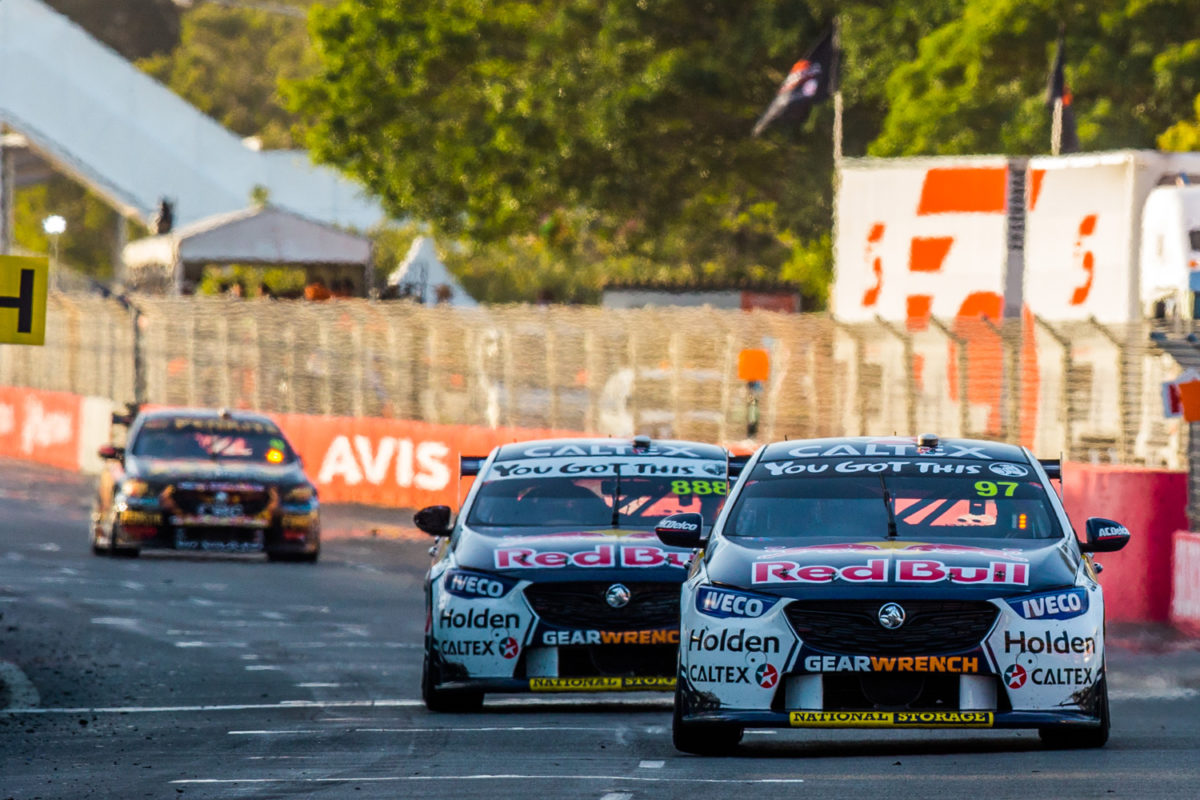 The factory Holden squad has hauled itself back into title contention having closed down a gap of 867 points to Shell V-Power Racing after The Bend Motorsport Park in August to just 132 points with two rounds remaining.

In that period, the team has scored three wins from the last five races highlighted by a pair of one-two finishes at Surfers Paradise last weekend.

Coupled with the success, Triple Eight’s title push has been aided by DJR Team Penske after the outfit lost 420 points as part of the sanctions for a breach of the FIA International Sporting Code at the Supercheap Auto Bathurst 1000.

Although helped by the penalty for its rivals, Triple Eight has shown significant progress in developing its ZB Commodore package, which has also been boosted by an aero parity update in September.

So that’s (the teams’ championship) something we’re working really hard for, and just if we do our job then we’ll see where we end up,” Dutton told Speedcafe.com.

“Definitely that’s a lot closer after this round.

“For sure (the fire is there to fight for the title).

“This type of weekend, with the improved car speed since New Zealand and the fact that we were in with the fight all Bathurst and now this round, you definitely see the bounce in people’s step throughout the whole team.

“It’s really good to see the hard work being rewarded.”

Coming off its best weekend of the season, Dutton believes the hard work his team has put in during the year honing the ZB Commodore is now paying dividends.

“We rolled out of the truck so strong in such a good sweet spot.

“(We) still tuned the car of course, engineers and drivers worked really hard.

“Lots of changes for the mechanics throughout the weekend, but it was still minor changes to tune it, so couldn’t be happier.

“I think it’s just a combination of the hard work through the whole year.

“We have less issues at the non-high speed aero tracks.

“You saw at Bathurst, we had to work really, really hard to try and balance that out, whereas here because its less of a factor all our usual tuning tools we can put to better effect.”

The squad is now preparing to head to the Penrite Oil Sandown 500 which will host the penultimate round of the championship from November 8-10.