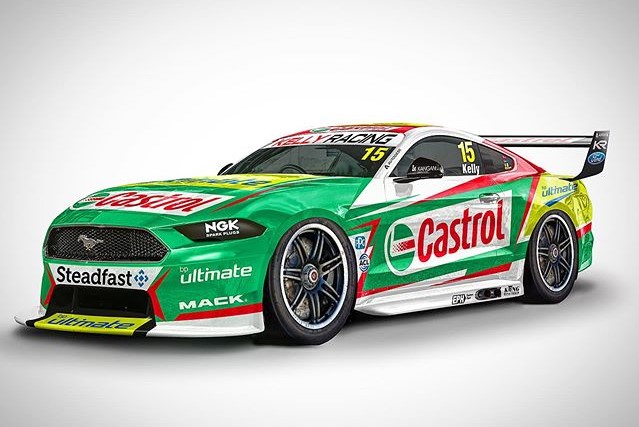 Rick Kelly has shown off how his Castrol-backed Mustang might look when Kelly Racing switches to the Ford hero car next year.

The former Nissan factory team will scale back from four cars to two next year as part of a switch from Altimas to Mustangs, with Kelly himself locked into one seat but the other still to be confirmed.

The render which Kelly posted to social media features the livery which Car #15 has carried for most of the 2019 Virgin Australia Supercars Championship.

“This years colours on next years ride, it’s hard not be excited about a Castrol Mustang!” wrote the two-time Supercheap Auto Bathurst 1000 winner and 2006 Supercars champion on Instagram.

Castrol became a major sponsor of Kelly’s car in 2018 and will again back the entry in 2020.

This years colours on next years ride, it’s hard not be excited about a Castrol Mustang!