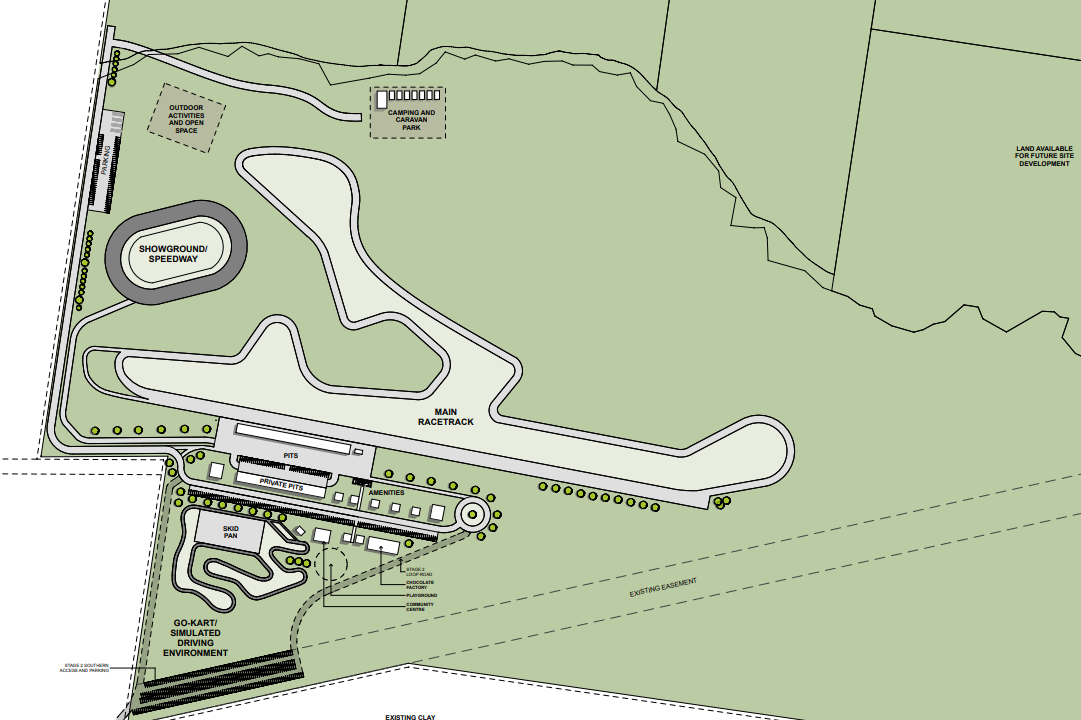 Plans for a motorsport facility on the New South Wales Central Coast, known as CASAR Park, have been dropped after almost a decade due to environmental challenges.

CASAR (Community Automotive Sport and Recreation) Park was conceived as a concept in July 2010 and was to have been built in the north of the Central Coast, around 50km south of the Newcastle central business district.

The precinct would have featured a 3.5km race track, a speedway, a karting track, a skid pan, and driver training facilities.

It was intended to operate as a not-for-profit venture, providing “training, work experience and social engagement opportunities for young people on the Central Coast,” according to the CASAR Park website.

While the development application has now been dropped, there is still hope the project could be revived under a fully commercial business model, according to a statement from CASAR Park co-founder Brad Wilson.

“It has simply been impossible to raise the funds necessary to complete the required ecological assessments and so we have had to withdraw our Development Application,” read the statement, in part.

“Whilst this announcement marks the end of the social enterprise model, there is one final avenue that may yield a result – a purely commercial model.

“At various stages over the years, some individuals have expressed interest in the project not as a social enterprise but as a commercial venture, and so it is to those people we will be returning over the coming weeks.

“Our sincere thanks for your enthusiasm, patience and support over many long years – there with us as we continued in the belief that the social and economic benefits for our Central Coast region would ultimately prevail.”

CASAR Park had already signed a 60-year lease with the Darkinjung Aboriginal Land Council for the 140ha, industrial-zoned site in 2015, reports the Central Coast Express Advocate.

Stage 1 of the project was to have been completed in 2016, but a statement from CASAR Park last year attributed delays to the state government “moving goalposts when it comes to Biodiversity legislation.”

The team behind CASAR Park is still inviting expressions of interest from parties wishing to take up the project on a fully commercial basis until close of business on Friday, November 29.

A resort-style motorsport park in the adjacent Lake Macquarie City Council area was granted development approval in May of this year.