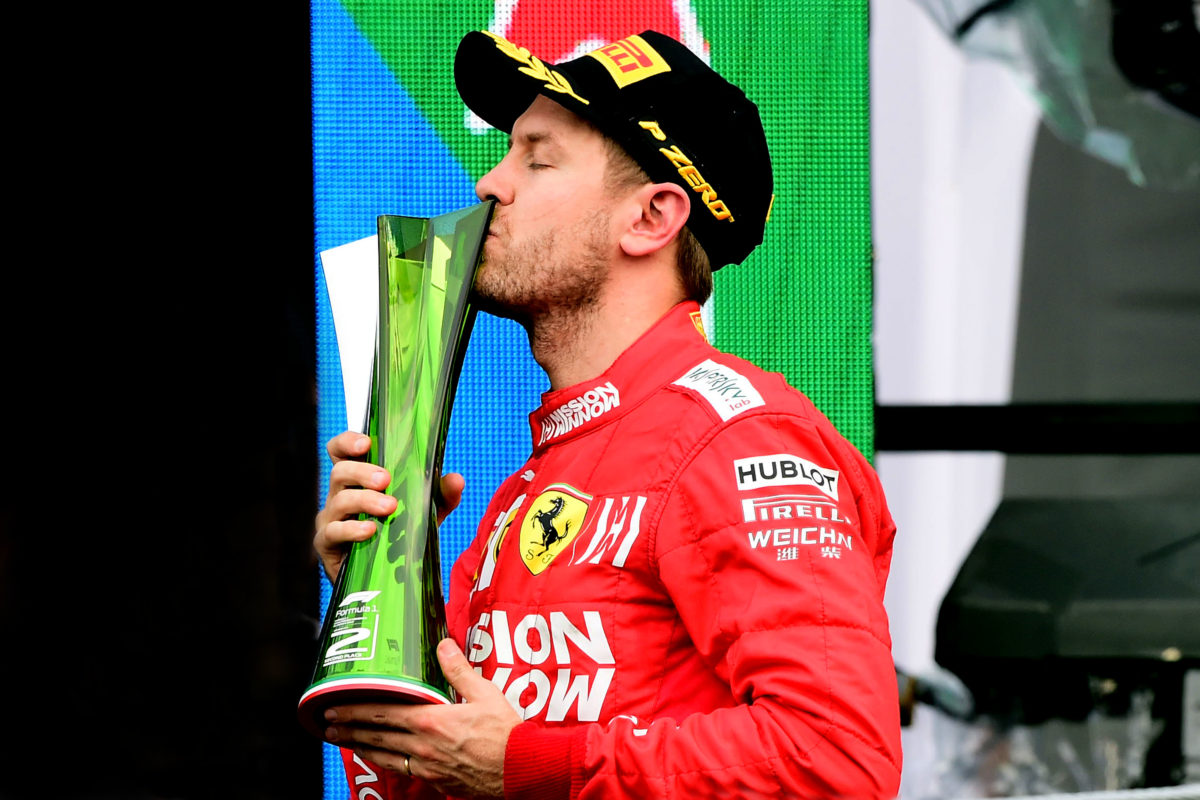 Sebastian Vettel is no fan of the Mexican GP trophies

Sebastian Vettel has branded the trophy he collected for finishing second in the Formula 1 Mexican Grand Prix as ‘shitty’.

The German raced from second on the grid to the same place at the chequered flag having been strategically beaten by Mercedes.

It saw Hamilton extend his advantage at the top of the points standings, a competition Vettel is already out of, and have his car hoisted onto the podium in Mexico.

A number of new initiatives this year were on show following the race, with Hamilton and his car raised to the podium and the appearance of Mario Achi, a ‘Stig’ like figure used to promote the event.

His appearance on the podium was not warmly received by Vettel, who pushed the character away as he tried to snap a selfie.

“I didn’t like the selfie guy when he tried to push into the picture so I pushed him away. I’m not big into selfies anyway,” Vettel said.

“I liked most of it (the podium ceremony) except the selfie guy and the trophies.

“It’s a shame. You have such a great race and they put so much effort into the race and then you get this shitty trophies that look boring.”

Vettel, who has voiced his disdain over sponsor inspired trophies in the past, has called for something more traditional to the event.

“We could have for the future maybe something nice, traditional Mexican, because it’s a bit of a shame,” he said.

“There’s Heineken written everywhere! You don’t need to have the fricking star on the trophy as well.

“Get something nice like they had when F1 used to race here before we came back.”

Formula 1 moves immediately on to the United States Grand Prix this weekend, with opening practice beginning on Friday (0300 AEDT Saturday).

Hamilton needs only to finish eighth to guarantee himself of a sixth world championship come Sunday’s race.