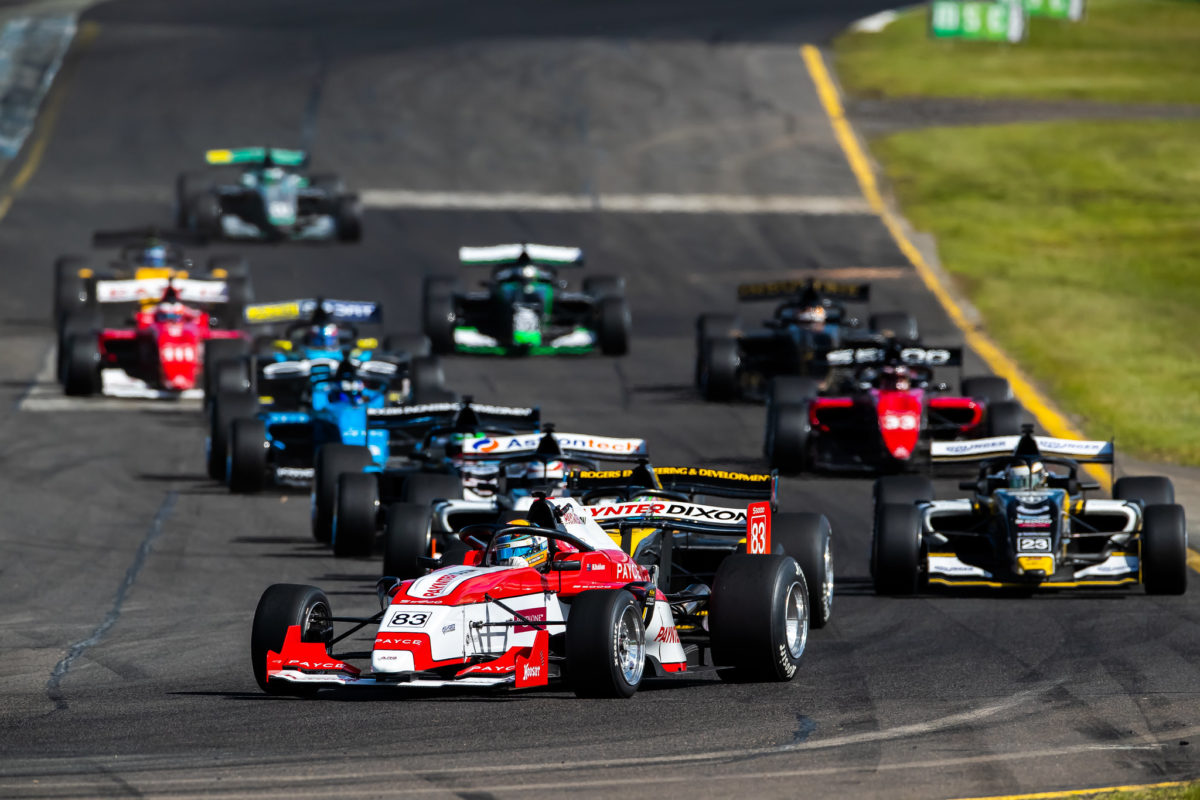 The inaugural S5000 round at Sandown last month

The Australian S5000 Championship will be run over six rounds in 2020 plus a non-championship ‘international feature race’ at the new Bathurst event.

The season will begin at Albert Park at the Formula 1 Australian Grand Prix in mid-March, as previously announced, with the remaining five points-paying rounds taking place on the Shannons Nationals program.

Sydney Motorsport Park is the first of those, in mid-March, followed by Winton in May, The Bend in June, Phillip Island in August, and Sandown in September, the latter of which has already hosted one round of S5000.

The Bathurst round, to be held at the new ‘fifth event’ which is also run by S5000 promoter the Australian Racing Group (ARG), is being described as an ‘international feature race’ with details to be announced at a later date.

The date of the fifth Bathurst event has also not been fully confirmed, but has previously been announced as being held in December.

“The launch of S5000 at Sandown clearly demonstrated the huge interest and support for a fast, entertaining, and premier open wheel category in Australia,” said ARG Director, Matt Braid.

“The significant local and international interest in S5000 will continue to grow as we head into the 2020 Championship with an expanded calendar featuring high profile events, iconic tracks and impressive driver talent.”

Category Manager, Chris Lambden added, “Interest in our 2020 Australian Championship is high after that great Sandown debut, both from within Australia and overseas, and the enquiry level from some top young driver talent is exciting.

“Where better to kick off a top-level Australian single-seater championship than at the Australian F1 Grand Prix?

“Aligned with TCR at the remaining championship rounds, that’s one very attractive package for real motorsport fans – whether at the track or in front of a TV.

“And then, to cap it all off, a one-off major event at the most challenging race track in Australia…

“Personally, I’m thrilled with how it’s going. S5000 is already getting a fair bit of international attention, and this schedule is well and truly going to keep that momentum going.”

CAMS has previously advised Speedcafe.com that it is working with the FIA on matters around circuit grading, given the power-to-weight ratio of the S5000 car.

Next year will mark the first full season of S5000 after its inaugural round at Sandown last month and another exhibition event at The Bend Motorsport Park coming up on November 15-17.

* Subject to finalisation of commercial agreements with circuit
** Subject to confirmation